Mahela Jayawardene and Kumar Sangakkara gave a batting masterclass in the shortest version of the game to lead Sri Lanka to an emphatic nine-wicket win over England in a one-off Twenty20 international in Bristol on Saturday.

Chasing a mediocre total of 136 for nine, the tourists romped home with 16 balls to spare as Stuart Broad suffered defeat on his debut as England's Twenty20 captain.

Jayawardene made a cultured 72 not out in 57 balls while Sangakkara added an undefeated 43 in 39 deliveries as the pair put on 97 for the second wicket after the 41-year-old Sanath Jayasuriya was dismissed for eight by paceman Jade Dernbach.

Earlier, England failed to take advantage of an 83-run stand for the third wicket between Kevin Pietersen (41) and Eoin Morgan (47) as Sri Lanka paceman Lasith Malinga (2-15) proved almost impossible to get away for the lower-order batsmen.

The two teams meet again at The Oval on Tuesday in the first game of a five-match series of one-day internationals.

© Copyright 2021 Reuters Limited. All rights reserved. Republication or redistribution of Reuters content, including by framing or similar means, is expressly prohibited without the prior written consent of Reuters. Reuters shall not be liable for any errors or delays in the content, or for any actions taken in reliance thereon.
Related News: Mahela Jayawardene, Sri Lanka, Kumar Sangakkara, England, Sanath Jayasuriya
SHARE THIS STORYCOMMENT
Print this article 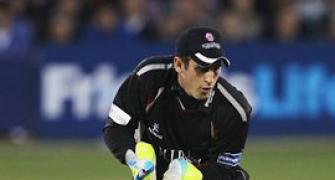 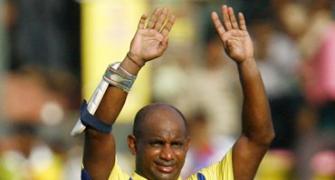 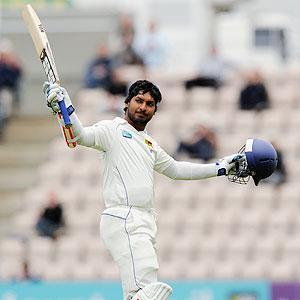