'I think he is an exceptional cricketer, a dangerous cricketer - with bat, ball and in the field - and I think we would probably be reasonably happy that he has only just played in that last game.' 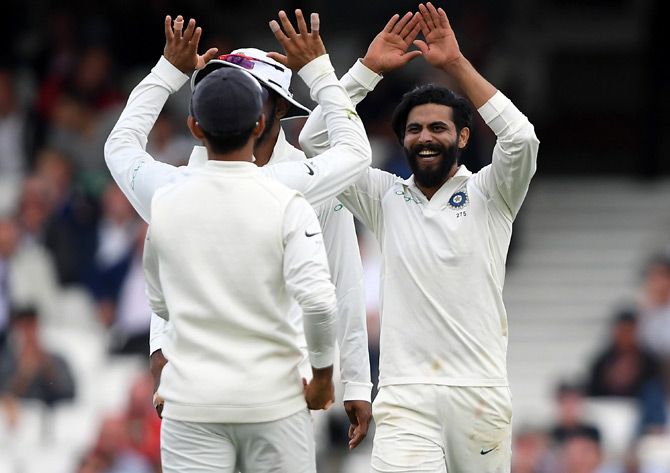 India all-rounder Ravindra Jadeja is an exceptional cricketer and England are happy that he featured only in the fifth and final Test, said the home team's assistant coach Paul Farbrace.

Coming into bat at No. 8, Jadeja scored his ninth Test half-century (86 not out) to rescue India from 160 for six to 292 in the first innings.

"It was very frustrating. There was a chance dropped before that last partnership got going but to be fair to Jadeja, he played magnificently well," Farbrace said on Sunday.

"I think he is an exceptional cricketer, a dangerous cricketer - with bat, ball and in the field - and I think we would probably be reasonably happy that he has only just played in that last game."

Farbrace has said that the fans and cricket community in the country in general will be hoping to see Alastair Cook score a hundred in what is his last Test innings.

Cook finished at 46 not out in England's second innings at the Oval, as the hosts took a 154-run lead.

"It would be fantastic, wouldn't it, if he was to get to a hundred? It would be absolutely brilliant. I think he is just enjoying milking all the applause he is getting. I think it's just driving him on to bat as long as he possibly can," Farbrace said.

"I think he has played really well; he has shown everything that he his about so far in this game. He has just got stuck in, and it's not easy out there, but he looks as though he is really enjoying the scrap.

"I would imagine the reception he got when he went out to bat probably moved him – it moved everybody else in our dressing-room, the fantastic support he has had. He just seems to cope with everything that's in front of him." 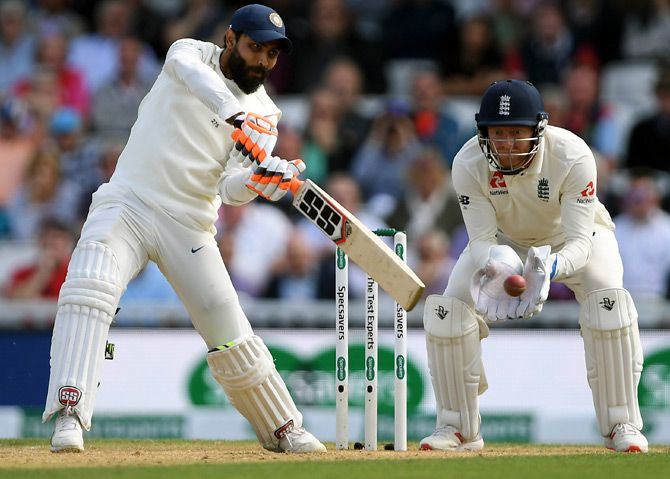 Farbrace said the record run-scorer will be hugely missed in the dressing room.

"As much as we are going to miss his runs and his catches, I think the calming influence he has among the team, the staff, everybody, is something we will all miss when he's not in the dressing-room," he said.

"When I came into the group in 2014, he was captain of the side and made it so easy to be a member of staff for the England cricket team. That's quite a daunting thing to come into, having never played international cricket – but what he manages to do is make everybody feel very welcome.

"He seems to have the respect of everybody, and everyone is very comfortable talking to him. He's got a very down-to-earth way, that cheeky sense of humour – and people find themselves being drawn to him. He's just a very caring bloke, and someone you can talk to about anything and everything," he added.

Farbrace also defended opener Keaton Jennings who continued to have a torrid time in the middle. He scored only 10 runs on day 3 before being castled by Mohammed Shami.

"I think we would all agree it's been tough for anybody (this summer) against the new ball. He knows he wants big scores, hundreds, 50s, big partnerships but the one thing that's been quite impressive is that you would never know looking at him that he has not scored as many runs as he would like," he said.

"He has tried exceptionally hard to get stuck in but ultimately, he will be disappointed he has not gone on and got some decent runs. I would like to think he has done enough in a difficult situation to be opening the batting come the first Test match in Sri Lanka," said the coach. 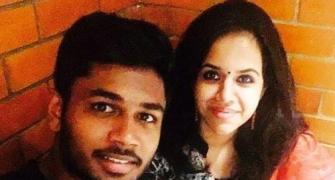 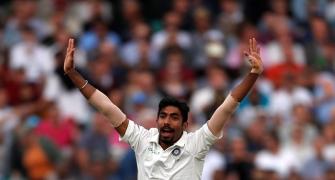 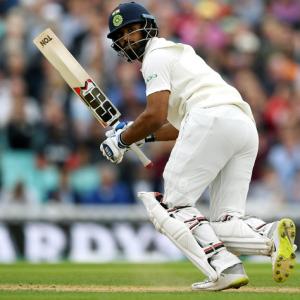