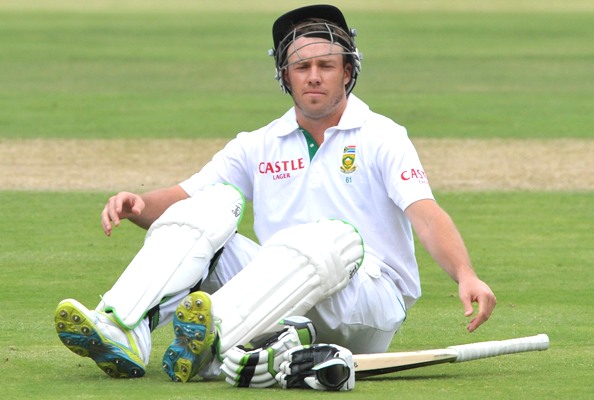 The 31-year-old De Villiers is regarded as the backbone of the top-ranked Test team's batting but the player plans to cut back on his participation in all forms of the game.

"There are a lot of rumours flying around but for the last two or three years the only talk I've been doing is (about) keeping myself fresh and having a bit of rest here and there," De Villiers said on Monday after the Afrikaans-language Rapport newspaper claimed he was retiring from international cricket.

"The most important thing for me is to just enjoy my cricket. Moving forward, it's important to look at my schedule.

"That's the talk in the camp, maybe for me not to play all kinds of cricket," he said in a television interview before the start of the third day's play in a Test against England at Kingsmead. "If I play all the IPL (Indian Premier League) games, I do get tired towards the end of the season and so that's the only thing I've been talking about over last while -- to keep myself fresh and to keep enjoying the game. I love representing my country and nothing has changed."

De Villiers' workload increased with his selection as a wicketkeeper in the ongoing Test series against England to allow for an extra batsman in the line-up. He had previously given up the gloves to concentrate on his batting.

De Villiers, who scored 49 against England in the opening Test on Sunday, averages 51.39 at Test level, 54.21 in one-day internationals and 31.15 in Twenty20s, in which he is seen as a flamboyant entertainer with an astonishing array of strokes.

In the ICC world rankings, De Villiers is the top one-day batsman and third on the list for Test players.