It's 'do-or-die' for Kings XI against Mumbai Indians 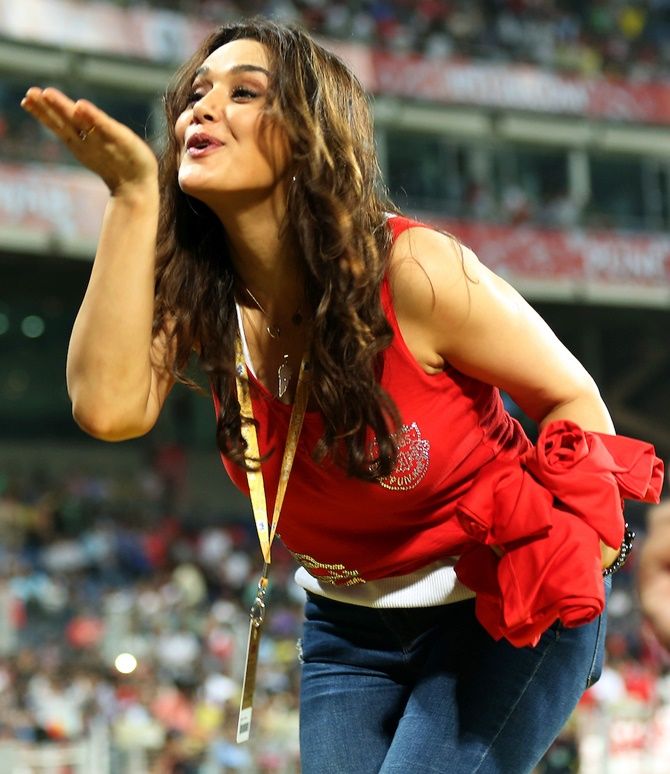 Kings XI Punjab will once again be facing a 'do-or-die' situation during their penultimate round encounter against table toppers Mumbai Indians in the Indian Premier League, in Mumbai, on Thursday.

For Mumbai Indians, who are on 18 points from 12 games, the primary aim is to maintain their pole position going into the play-offs.

A loss on Thursday will mean that KXIP at best can go upto 14 points which will be futile.

For Mumbai Indians, it will be a case of trying to regain the momentum after losing to Sunrisers Hyderabad in their last game.

The Wankhede stadium is like a fortress for Mumbai Indians where they have lost only match this season – to Supergiant.

For Mumbai, their batting has fired throughout the season and when skipper Rohit Sharma, Nitish Rana, Parthiv Patel, West Indian Kiron Pollard and Lendl Simmons fire in unison, it can send jitters to any bowling line up in the world.

Rohit, who has been included in the Indian team for Champions Trophy, had stuck a 67 run knock in 45 balls in their last game and he would like to continue his form on a batting friendly Wankhede track.

Moreover, Parthiv and Simmons will be eager to give the team a solid start, be it while chasing or batting first.

Throughout the IPL season 10, Pandya brothers – Hardik and Krunal have contributed with both the bat and ball, when their team needed. The duo will thus play a crucial role even when the side takes on Punjab.

For Mumbai, their biggest strength has been the bowling by seasoned off spinner Harbhajan Singh, who has been economical.

With bowlers like Kiwi pacer Mitchell McClenghan, who has grabbed 17 wickets so far, Sri Lankan seamer Lasith Malinga, death specialist Jasprit Bumrah, Harbhajan and Pandya brothers, the side has potential to restrict any formidable batting line up and Punjab would be no exception.

Malinga, who was slightly out of sorts, has regained form, and Mumbai will surely play him in their last home game.

On the other hand, Punjab who outplayed Kolkata Night Riders on Tuesday night, will look to decimate the hosts to stay in the contention for play-offs and would be hoping that Sunrisers Hyderabad lose their final game.

Punjab has an elegant opener in Hashim Amla, the only man to score two hundreds this IPL. Their captain Aussie Glenn Maxwell, Kiwi Martin Guptill and Shaun Marsh will have to score big and help the team to post a gigantic total if they opt to bat first.

Their bastmen will be looking to convert starts and lay a foundation for a big total if batting first. The visitors will also have to get their combinations right in terms of both bowling and batting.

Their pacers Sandeep Sharma, Mohit Sharma will have to bowl in right areas to restrict the MI batsman. The role of spinner Axar Patel on a Wankhede wicket, where generally bowlers have to bowl slow, will be of paramount importance.

A certain entertainment is on the cards for the crowd and Mumbai knowing the conditions better will have an upper hand over their opponents and love to continue their love affair with the home city.