Tensions flared up between teammates Ishant Sharma and Ravindra Jadeja during a mid-game break on the fourth day of the second Test between India and Australia in Perth.

In a video that is gone viral on Twitter, Ishant and Jadeja were seen engaged in a heated discussion before being separated by Mohammed Shami among other teammates.

Though it did not look like a friendly discussion, the reason behind their argument was not clear.

"There's lots of finger pointing. They were separated on a couple of occasions."

While Ishant played in the first two Tests, Jadeja was limited to drinks duty and substitute fielding at the Optus Stadium.

Jadeja didn't find a place in the playing XI, despite Ravichandran Ashwin's injury, with India going for a four-man pace attack in the Test.

India lost the second Test by 146 runs after Australia wrapped up the tail in the morning session.

The two teams will now move to Melbourne for the Boxing Day Test beginning on December 26. 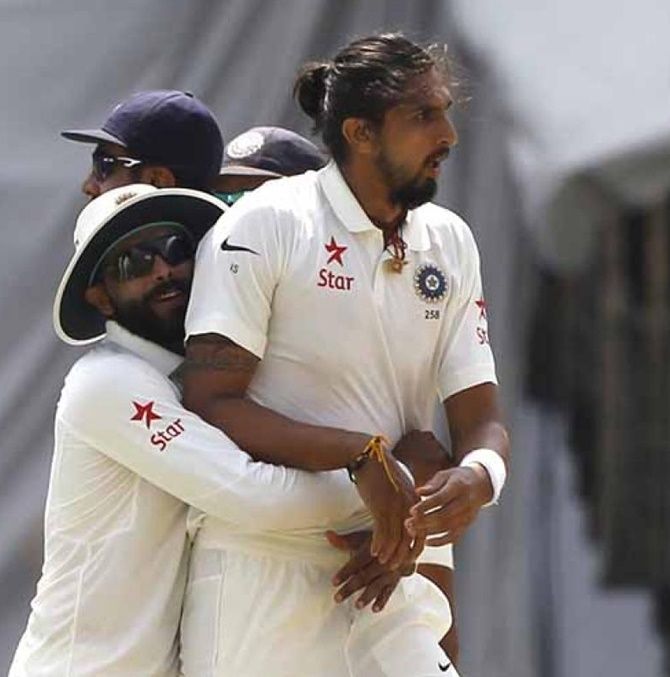