The worst kept secret in the Indian dressing room is the fact that their skipper isn't the most popular man in the side. 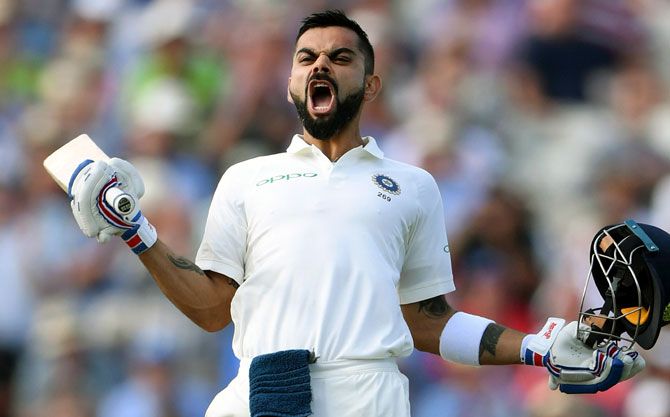 IMAGE: It seems Virat Kohli dared the BCCI to sack him. The parent body went ahead and did exactly that. The once all-powerful skipper had no other option but to accept it. Photograph: BCCI

It was waiting to happen after India's unceremonious World Cup exit and on Wednesday the Board of Control for Cricket in India ended Virat Kohli's run as India's white-ball captain with a rather matter-of-fact statement, handing the reins to Rohit Sharma "going forward".

The BCCI, it is learnt, waited for the last 48 hours for Kohli, who had already relinquished T20 captaincy, to voluntarily step down from ODI leadership as well, but he did not.

By the 49th hour, losing the position to Rohit Sharma was simply 'fait accompli'.

Perhaps, in the most telling way of telling someone that his time was up, Kohli's sacking was not even addressed by the BCCI statement, which merely stated that the selection committee decided to name Rohit captain of the ODI and T20I teams going forward.

The BCCI and its national selection committee sacked the decorated Kohli, who perhaps harboured the ambition of leading India at home in the 2023 ODI World Cup.

The moment India were ousted from the T20 World Cup at the group league stage, Kohli's leadership epitaph was written but the BCCI mandarins wanted to give the captain of last four and half years an honourable exit route.

In the end, it seems Kohli dared the BCCI to sack him. The parent body went ahead and did exactly that. The once all-powerful skipper had no other option but to accept it.

Kohli's cycle of leadership has been a fascinating story in itself.

He started as a brash captain in-waiting under the ever so-cool Mahendra Singh Dhoni, who took him under his wings and groomed him well enough before he was convinced that it was time to give him white-ball captaincy and at least two years to prepare for a World Cup.

In the next two years, Kohli became the all-powerful captain of the team, who could get things done his way. It only helped that there was a Supreme Court run-Committee of Administrators, who relented to each and every demand of his -- some very fair and some unfair.

And then came a time when the traditional administrators were back in the business along with a very powerful secretary and a president, who knows a thing about being a successful captain himself.

In the end, there was no place for two separate white-ball captains.

Australia has Aaron Finch, England has Eoin Morgan as white-ball captains. Even India had Kohli as Test and Dhoni as ODI and T20I captain for two years.

But all those who follow Indian cricket closely shouldn't be surprised with this turn of events.

The worst kept secret in the Indian dressing room is the fact that their skipper isn't the most popular man in the side.

Kohli is an articulate man but, closer home among his folks, one has always heard rumblings about him not being a players' man.

On September 16, PTI wrote about how the dressing room had drifted away from Kohli and it did not happen in a day.

"The biggest problem with Virat has always been trust issues. He speaks about clear communication but where he had lost respect as a leader is lack of communication," a player, who had been a part of that Indian dressing room a couple of years back, said.

While former head coach Ravi Shastri, in recent interviews, has advised that Kohli would do better concentrating on his batting, but did he during the skipper's height of powers point out to that his man management skills left a lot to be desired, not to forget his questionable tactical acumen on big days?

Perhaps no because no one wants to rock the boat. Anil Kumble had tried and failed miserably.

There are umpteen incidents where players have felt insecure about their places in the side after a couple of failures.

During the earlier regime, a player would be feted if he was performing and at the top of his game but as a skipper, he never bothered when they went through a slump.

Kuldeep Yadav's handling by Kohli is one of the worst examples of leadership where a fabulous talent simply didn't know where he went wrong.

Not only Kuldeep, there were a lot of players, who never knew what exactly their defined roles were.

If grapevine is to be believed, Kohli, towards the end of the England series, didn't even get along with the Shastri-led erstwhile support staff.

It wasn't as if they had any ugly fights but it was just that Kohli and Shastri, towards the end of it all, didn't see eye to eye but since the latter was already mentally done with the job, he bade his time and left with his head held high.

Dhoni's hotel room used to be wide open and players could come in anytime, order room service, have a game of PS4 (play station) and unwind. It wasn't about discussion of technique but more about being able to bond well.

Kohli became a detached personality once he was handed leadership and over the years, most of the juniors found an elder brother who offered a "reassuring arm around their shoulder" in Rohit.

He became that guy who would take them out for a meal and when someone scored less than 50 runs in five matches, he would come to them and spell out in no uncertain terms that "Don't worry, I am there for you."

It will be a new start for Kohli and one needs to see how he adapts to this change where he is no longer the undisputed leader.

He will still lead in Tests but being is a proud performer, it remains to be seen how he continues as red ball skipper for a longer duration knowing that he isn't in absolute control.

The Virat Kohli "captaincy regime" is ending and one would see Rohit Sharma's "leadership era." It could well be infinitely more exciting.

Source: PTI© Copyright 2022 PTI. All rights reserved. Republication or redistribution of PTI content, including by framing or similar means, is expressly prohibited without the prior written consent.
Related News: Kohli, ODI, Board of Control for Cricket in India, Mahendra Singh Dhoni, Rohit Sharma
COMMENT
Print this article 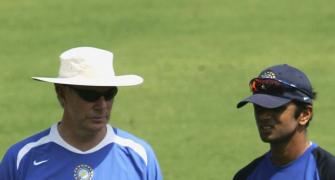 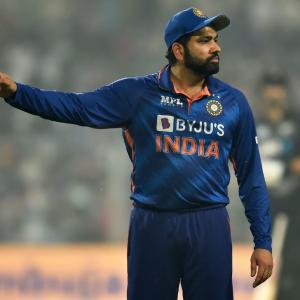