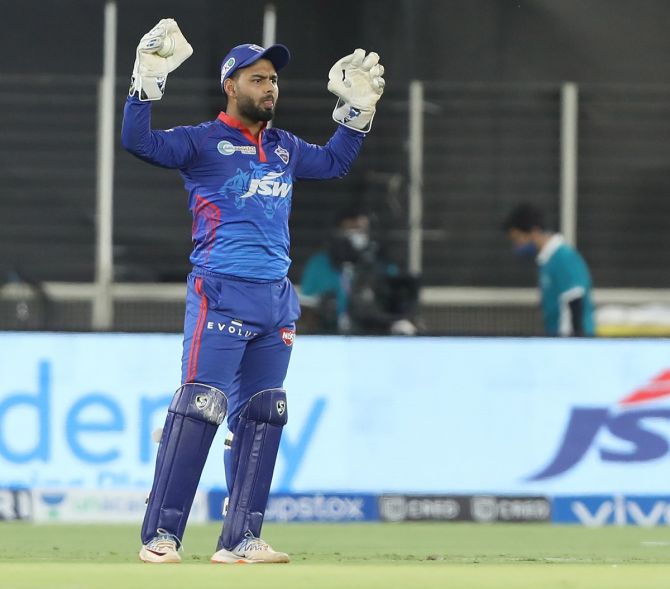 Despite unbeaten half-centuries from Pant (58) and Shimron Hetmyer (53), DC lost the game by one run.

Sehwag -- who has a 100% record as India's captain in T20 Internationals -- lashed out at Pant for not utilising his bowlers welll which hurt Delhi as A B de Villiers picked up 23 runs off the last over which was bowled by Marcus Stoinis.

'I won't give him even five marks out of 10 for his captaincy because you just can't make such mistakes,' Sehwag declared.

'If your main bowler isn't bowling, your calculations go wrong -- that's what captaincy is all about. You need to take care of that. A captain must manage his bowling resources according to the situation,' Sehwag declared.

'You need to learn that. Or else you hand over the ball to whomsoever you want. The capability of a skipper is measured by how he turns the game around. He needs to make changes in the bowling or field position accordingly,' Sehwag added.

'So, if Rishabh Pant wants to become a good captain, he needs to keep these small things in his mind," Sehwag suggested.

'Play smart cricket, then only you can become a smart skipper.'

So how many marks would he would give Pant's captaincy in the RCB game?