With five games in 9 days, KKR players are tired 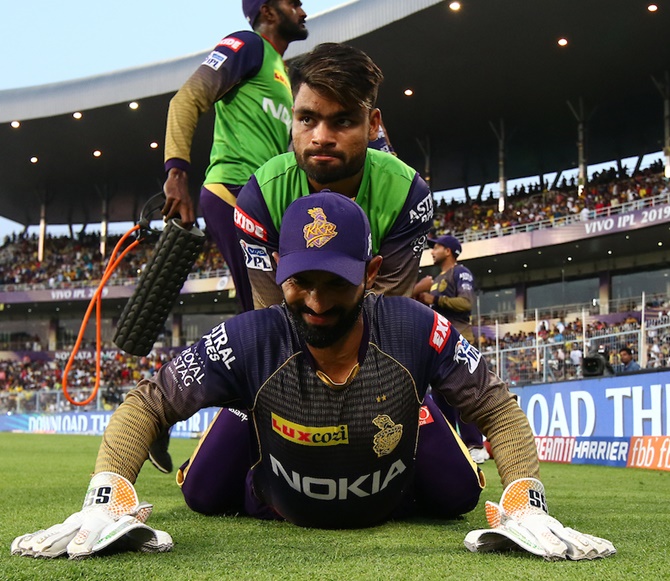 IMAGE: KKR welcomed the five-day break that will help the team rejuvenate after the setback they have suffered. Photograph: BCCI

Kolkata Knight Riders coach Jacques Kallis welcomed a five-day break for his team as they have been mentally drained after playing five games in the last nine days.

KKR slumped to their third straight defeat after losing to CSK by five wickets in a home game, in Kolkata, on Sunday.

In their last match, in Kolkata, they lost to Delhi Capitals by seven wickets and coach said the team was 'mentally tired' having played five matches in nine days that included three away ties in Bengaluru, Jaipur and Chennai.

"We've played five games in nine days and the guys are pretty tired mentally. It will be good to get away and have a break not playing cricket for a couple of days and then work hard and be ready for Friday," Kallis said at the post-match news conference.

He welcomed the five-day break that will help the team rejuvenate after the setback they have suffered.

"I think the break has come at a good time for us. Sometimes you can get caught up a little bit too much in it. It's about spending some time with friends and family."

Kallis said they're very much in contention for a playoff berth and need to win four matches from remaining six.

"We got to come back stronger and win at least four from six. One game at a time. The guys are hungry to do well. It's basis mistakes that we are making. Once we eradicate that we will bounce back," he said referring to their batting collapse.

Put in, KKR got off to a flying start with Chris Lynn smashing a 51-ball 82 but they lost wickets in a heap and managed just 29 runs in last five overs.

Terming it frustrating, the legendary South African said: "I thought we controlled the game pretty well for 16 overs and then four overs really poor batting cost us."

"170-175 probably would have been par on this wicket. The luck is obviously going with Chennai at the moment. They are on a roll. We just got to stop making basic mistakes and that's the problem. For 16 overs we played well but unfortunately we did not finish well."

"He just landed the ball in the right areas. He just keeps it very simple and that's formula for success in this format."

"I think at times you make wrong choices and he took advantage of that. He's been a fantastic performer in this format for a long time now. Obviously, he has got some good skill and understands his game and how to go about it. That shows your age is just a number," he signed off. 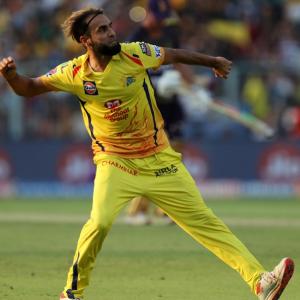 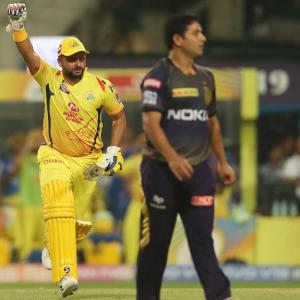