News
Business
Movies
Sports
Cricket
Get Ahead
Money Tips
Shopping
Sign in  |  Create a Rediffmail account
Rediff.com  » Cricket » Will RCB get the better of Delhi Capitals?

Will RCB get the better of Delhi Capitals? 3.00 The combined average of Virat Kohli and AB de Villiers against Kagiso Rabada in the IPL.

Of the 10 balls Rabada has bowled to these two, he dismissed them once each while conceding only six runs.

6 Number of consecutive matches won by Royal Challengers Bangalore against Delhi Capitals at the Ferozshah Kotla.

13 Number of consecutive innings in which Kagiso Rabada has taken at least one wicket in the IPL - the longest such streak by any bowler currently.

14 Number of times Royal Challengers Bangalore have beaten Delhi Capitals in the IPL.

That's the joint-most wins for any team against Delhi Capitals.

The second highest wicket-taker in the IPL, Mishra has managed just four wickets in six matches this season.

Only once in his career Mishra ended an IPL season with a worse average (in 2014).

802 Runs scored by Virat Kohli against Delhi Capitals - the most he has scored against any team in the IPL.

If they win tonight, they will reach the play-offs.

He will become only the second to do so after Mahendra Singh Dhoni. 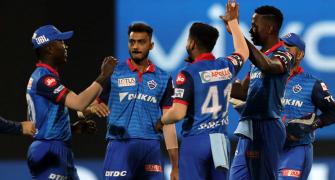 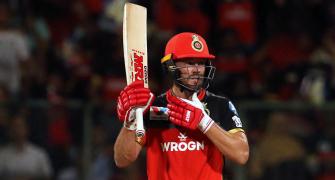 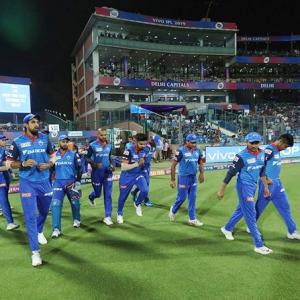