'I think in the last two games, the superstars in our side have been the bowlers, they have been outstanding on really good wickets to bat on here at Abu Dhabi.' 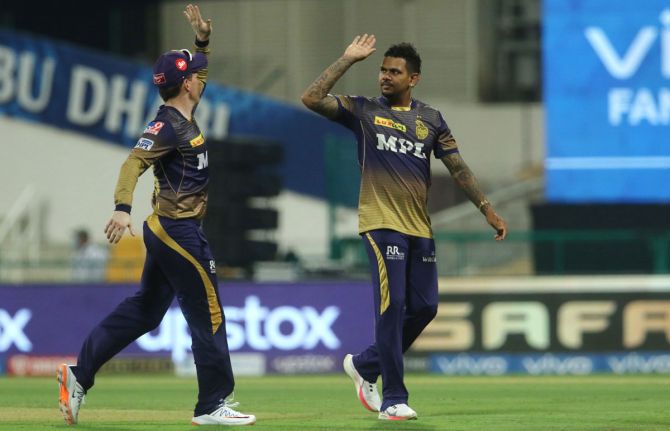 Kolkata Knight Riders skipper Eoin Morgan has hailed his bowlers as 'superstars' of the team, saying their outstanding performance in the first two games of the second leg of IPL in the UAE has allowed the openers to play with freedom.

KKR bowlers had bundled out Royal Challengers Bangalore for a meagre 92 in their first game since IPL resumption and on Thursday restricted a marauding Mumbai Indian line-up to just 155.

Rookie Venkatesh Iyer also left many in awe of his talent as he smashed a 27-ball 41 in the first game vs RCB and followed it up with maiden IPL fifty (53 from 30 balls) to help KKR tame Mumbai Indians by seven wickets on Thursday and enter the top-four in the points table.

"I don't think it's one player that's changed the outlook of the team. I think in the last two games, the superstars in our side have been the bowlers, they have been outstanding on really good wickets to bat on here at Abu Dhabi," Morgan said after the match.

"And I think that allowed our opening pair in (of) Shubman Gill and Venkatesh Iyer to go out and play their natural game."

Morgan lavished praise on the lanky southpaw Iyer for his 'imposing' innings at the top of the order.

"I think Venkatesh played an innings today that would match a guy who's played possibly 50 IPL games. The freedom in which he has played with has really ... it was quite imposing as a batsman at the top of the order to be able to do that and today was no different," he said.

"He's continued on his form from the first day. So, I don't think it's one player, I think it's collectively, I think it is set up by our bowling line-up which was magnificent again."

"I don't think it's a massive gamble, I think there is a lot of preparation and strategy that go into the decisions that are made on the field," he said.

"Obviously, when you are on the field, you need to adjust to what's happening with the pitch and conditions here at Abu Dhabi. And I think we had good games both with strategy and planning because the bowlers have executed unbelievably well.

"They have been in fine form, they have managed to do that and make the rest of our preparation look really good."

Morgan also singled out the contribution of the spinners, who have been able to show their "high-quality" skills despite not getting much help from the wickets.

"I think, the quality of our spin bowlers means that they can bowl in conditions that aren't friendly to spin bowling and I don't particularly think that Abu Dhabi is, yes, the boundaries are bigger, but the two games that we have played, the ball hasn't turned pretty much at all...

"So far, they haven't played a massive part, it is just the high-quality that they are producing."

Morgan was also pleased to see his team play an 'aggressive brand of cricket' that he and KKR head coach Brendon McCullum have been advocating.

"It is extremely pleasing. We want the best for everybody in the changing room and the aggressive cricket that we have shown in the last two games, is exactly what suits the talented guys in our changing room," he said.

KKR are next up against Chennai Super Kings on September 26 in Abu Dhabi. 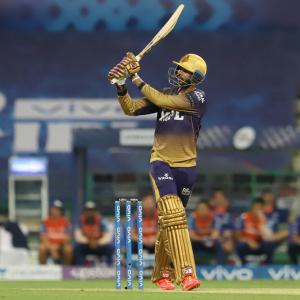 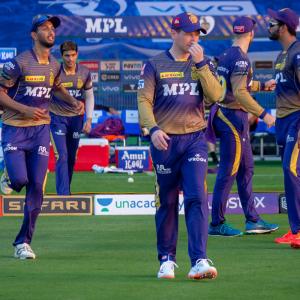