IMAGE: Time is running out for defending champions Mumbai Indians after they lost all the three games post the resumption of the IPL in the UAE, slipping to the seventh spot with eight points from 10 games. Photograph: BCCI

On a slippery slope after a hat-trick of losses, defending champions Mumbai Indians will need their famed top-order batting to fire and turn things around when they take on Punjab Kings in the IPL in Abu Dhabi on Tuesday.

Time is running out for Mumbai after they lost all the three games post the resumption of the IPL in the UAE, slipping to the seventh spot with eight points from 10 games.

While the five-time champions faltered in their run-chase against Chennai Super Kings and Royal Challengers Bangalore, the team couldn't defend its total against Kolkata Knight Riders.

Mumbai's batting has been a major worry for the franchise as their mainstays with the willow, including Suryakumar Yadav and Ishan Kishan, have been struggling for runs.

Skipper Rohit Sharma scored 33 and 43 in the last two games but couldn't capitalise on the starts.

After being left out of the first two games due to fitness issues, Hardik Pandya was included in the playing XI against RCB, but his stay was short-lived.

The form of these players, who are also part of the Indian squad for the upcoming T20 World Cup, is a worrying sign not only for the franchise but also for the country's campaign in the showpiece event, which will be held in the UAE and Oman after the IPL.

In the bowling department, Jasprit Bumrah has consistently delivered, returning with eight wickets so far in the last three matches, while fellow pacers Trent Boult and Adam Milne too have contributed with three scalps each.

But the spin duo of Rahul Chahar and Krunal Pandya has disappointed and will need to step up their performance if Mumbai Indians are to qualify for the play-offs stage. 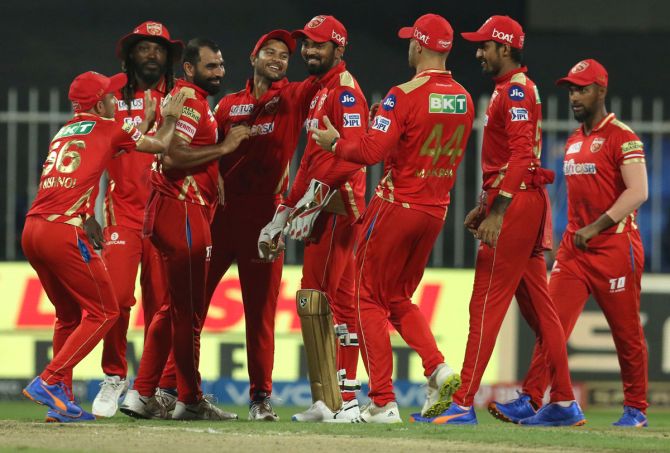 IMAGE: Punjab Kings boast of some excellent Indian and foreign talent, and yet, they have regularly messed up games, and are one of the most inconsistent teams in the league. Photograph: BCCI

Punjab, on the other hand, are placed in the fifth spot after returning to winning ways in their last game against Sunrisers Hyderabad following a splendid performance from the bowlers, who made up for the team's below-par batting display.

With eight points from 10 games, just like MI, Punjab too can't afford any slip-up.

Punjab boast of some excellent Indian and foreign talent, and yet, they have regularly messed up games, and are one of the most inconsistent teams in the league.

After failing to score four runs in the final over against Rajasthan Royals, the Mohali-based team made three changes in their previous game and it will look to continue with the winning combination after making too many changes over the last 14 seasons.

Punjab possess a formidable batting line-up with skipper KL Rahul and Mayank Agarwal scoring the bulk of the runs at the top of the order.

With the ageless Chris Gayle, Aiden Markram and Nicholas Pooran also in the ranks, Punjab do have the firepower in batting to blow away any attack.

However, Punjab's batters couldn't adjust to the slow conditions at Sharjah in their last game, prompting skipper Rahul to ask them to learn to bat according to the surface.

In the bowling department, Mohammed Shami and young Arshdeep Singh have shone the brightest, while spinner Ravi Bishnoi grabbed the opportunity with both hands as he returned with three wickets after his inclusion in the last game. 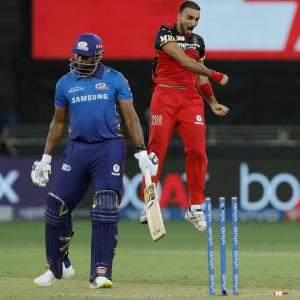