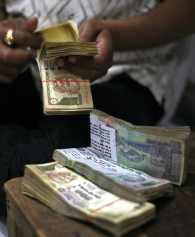 The Delhi police has sent investigators to four cities in the country to trace the money trail in the Indian Premier League spot-fixing case.

According to sources, teams have been sent to Ahmedabad, Kolkata, Mumabi and Hyderabad in this connection.

Sreesanth and the other two cricketers -- Ankit Chavan and Ajit Chandila -- were arrested in Mumbai on Thursday by the Delhi police for spot-fixing IPL matches for payments of up to Rs 60 lakh just for giving away pre-determined number of runs in an over.

According to police sources, Chandila allegedly got Rs 20 lakh for spot-fixing. Sreeshant also allegedly received money in connection with spot- fixing, the sources said, adding Chavan did not receive money as he was arrested as soon as the match ended and the transaction could not take place.

Sources said all calls to and for Sreeshant were made by his close friend Jiju.

"Jiju has been a constant companion of Sreesanth and had been travelling with him and staying in the same hotel," a senior police official said.

The Delhi police on Friday claimed that Sreesanth and the two other arrested Rajasthan Royals players have "confessed" to spot-fixing in IPL matches.

Six bookies were held in Tamil Nadu in connection with another IPL betting racket and one each picked up in Mumbai and Delhi on Friday. Eleven bookies were arrested earlier along with cricketers Sreesanth, Chavan and Chandila.

Lawyers of the three cricketers have denied their involvement and claimed that they were falsely implicated as part of a deep-rooted conspiracy.

The role of more players whose names cropped up during interrogation of the arrested cricketers and bookies in the IPL spot-fixing scandal could be probed, police had said.

The Delhi police is also likely to probe some more IPL matches in the current season even as Sreesanth, Chavan and Chandila along with 11 other arrested bookies were subjected to interrogation by its special cell. 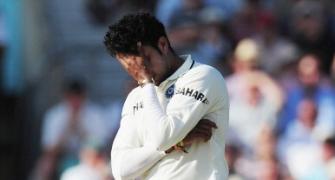 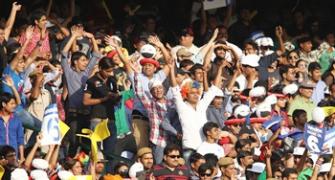 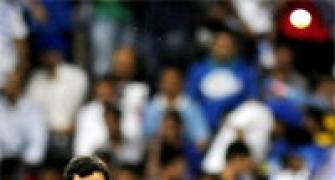 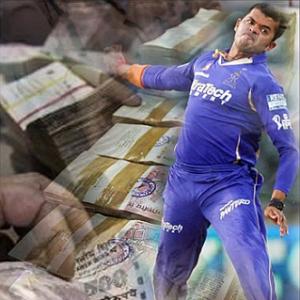