Rattled by betting charges against Rajasthan Royals co-owner Raj Kundra, the Board of Control for Cricket in India convened an Emergent Working Committee meeting in New Delhi on Monday to discuss the issue and "take action if required".

Addressing a press conference in Kolkata on Thursday, the BCCI Working Group's chief Jagmohan Dalmiya said the entire issue of Raj Kundra's alleged involvement in betting will come up for discussion at the meeting.

"Raj Kundra issue will be discussed in the Working Committee, which is going to be held on June 10, and after we hear the details, if it demands any strict action, we will look into it," Dalmiya said.

The raging IPL spot-fixing and betting scandal took a new twist on Thursday with Delhi police Commissioner disclosing that Kundra had confessed to betting in the IPL during his 11-hour interrogation. 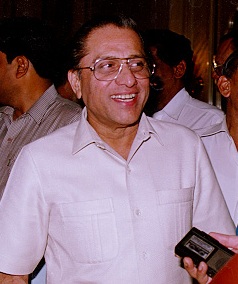 The veteran administrator also said that Baroda Cricket Association's Sanjay Patel will be the BCCI’s new secretary while the treasurer’s name will be announced later.

He also said that no BCCI member will be part of the inquiry commission and the two retired High Court judges, T Jayaram Chouta and R Balasubramaniam, will form the two-member commission to probe allegations against BCCI chief N Srinivasan's son-in-law Gurunath Meiyappan and Chennai Super Kings.

Both justices Chouta and Balasubramaniam were members of the original panel, which also had BCCI secretary Sanjay Jagdale as the third member.

The committee had to be re-constituted following Jagdale's resignation. Dalmiya was given the responsibility to choose the third member.

"I have decided that let there be a two-man commission. We pose full faith in the two retired judges and leave the matter to them. These two judges will carry on the probe," Dalmiya said.

Dalmiya said there will be no time frame for the commission to submit the report to the BCCI since, "we want total justice and will go deep into it. We will not curtail inquiry”.

Asked about India captain Mahendra Singh Dhoni's alleged conflict of interest issues, Dalmiya said the BCCI will not cover up the matter but will wait for the ongoing Champions Trophy to be completed.

"As far as Dhoni issue is concerned, you all have seen it in the papers and so have I. Let it come out. At this juncture, when we are in the midst of the Champions Trophy, we are not going to earn anything by disturbing the atmosphere. But, at the same time, we are not going to cover it up. Please wait and see," he assured.

On whether Rajasthan Royals could face termination since one of the owners had brought the league into disrepute, he said the Board will wait till they have enough evidence to take steps.

"How you come to a decision unless you look into it. How can we come to a conclusion. At this juncture, it has just started. We are just going ahead. You will have to wait," he said.

On whether Raj Kundra's wife Shilpa Shetty was is also under the scanner, he said, "Only Raj Kundra's name has come up so far."

Dalmiya said the BCCI has received an interim report from its Anti-Corruption and Security unit chief Ravi Sawani but nothing concrete can be said on the issue.

"Interim report has been submitted to BCCI (Mumbai). Information has been sought from the Delhi and Mumbai police. They have not provided anything yet. Once we receive it, we will share it with you."

On why Ratnakar Shetty and other BCCI officials were called to Kolkata for meetings, Dalmiya said, "There were many other officers with whom I have to work. I have summoned them from Mumbai, Delhi and Chennai. I've to interact. I've to gather the details and share."

On whether the BCCI would think of discontinuing the IPL in the wake of the scandals, Dalmiya said," There should not be any kind of thoughts that it would be shelved."

He said they can look into the issue of legalizing betting only after all the inquiries are complete.