Rajasthan Royals will file a criminal complaint against its three cricketers arrested for spot-fixing, even as a rattled Board of Control for Cricket in India said it would follow the rulebook before handing down punishment to the tainted trio, while unveiling measures to check corruption in the IPL.

Addressing a crowded press conference after an emergent meeting of the Board's Working Committee, BCCI president N Srinivasan promised the strongest possible action against the players if they are found guilty.

The BCCI appointed its anti-corruption chief, Ravi Sawani, as the commissioner of inquiry and told him to file his report "as soon as possible".

"We also invited the Rajasthan Royals owners and management to attend the meeting and brief the Working Committee on this incident. We were informed that they intend to file a police complaint against the three players," Srinivasan said. 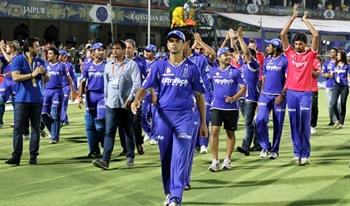 "Everybody is innocent till proven guilty. The BCCI will not cover up for anybody but our actions must be fair. We will go through the process. If somebody is found guilty, we will act sternly," he added.

"It (the inquiry) will be done very quickly; it is an internal inquiry, we might need some information from the police. Rest is up to Mr Sawani, but it will be quickly done. We have to observe all channels of natural justice. We have rules and BCCI's own system," he stressed.

The IPL was dealt a massive blow when a special cell of the Delhi police arrested India pacer S Sreesanth and his Rajasthan Royals teammates -- Ajit Chandila and Ankeet Chavan -- on Thursday for indulging in spot-fixing in at least three IPL matches as per arrangements with bookies who have underworld connections abroad.

In a bid to check corruption, the BCCI chief said the Board will appoint an anti-corruption officer with each of the IPL franchises, along with a security officer, to monitor players' movement.

He also said that the players' agents will now be accredited by the Board.

“The Working Committee decided henceforth all player agents have to be accredited by the BCCI. There will be an ACSU (Anti-Corruption and Security Unit) official appointed with each team along with a security officer," he said.

"Access to the players would be monitored. The head of ICC ACSU will give a note recommending steps to the BCCI to deal with it," he added.

Srinivasan said the Board did not have resources to tackle bookies and they could only monitor the players.

"It was explained to us that we can control the players to some extent but not being law enforcers, we are handicapped when it comes to control over bookies. A detailed memorandum was given to me to further strengthen the vigilance and monitoring the players in such tournaments," he said.

"The Working Committee was briefed about all the steps that have been taken by ACSU to educate all the players of all the teams prior to the tournament," said Srinivasan.

"They (the ACSU) had also given them examples of how corruption has taken place in the past and obtained the consent of the players that they understood what has been shared with them," he added.

The players, who have been suspended by the BCCI, have been charged under section 420 (cheating) and 120-B (criminal conspiracy) of the IPC.

The Board has also suspended first-class cricketer Amit Singh, who is allegedly a bookmaker now and was arrested along with 10 other bookies on May 16.

Srinivasan also dismissed suggestions that the Board did not crack down on corruption despite getting warnings from the ICC.

"The ICC ACSU confirmed today that they had not informed us of anything. That information is incorrect," he said. 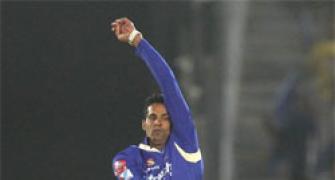 After arrest, IPL suspend Sreesanth, 2 others 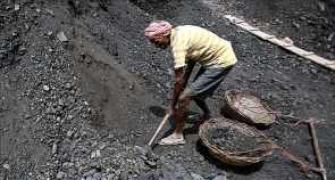 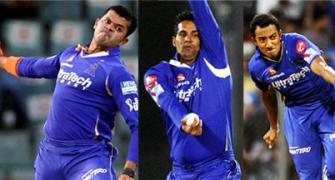 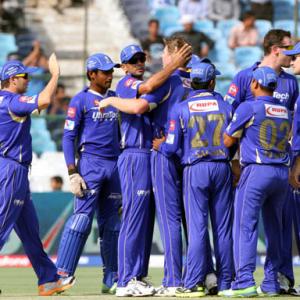