The win propelled Rajasthan to fourth position in the league table with 14 points from 11 matches while Pune Warriors suffered their seventh successive loss in the tournament with no chances of them making the play-offs.

By the virtue of this win, Royals also exacted a 'sweet revenge' on their opponents, having tasted defeat on the previous occasion when the two sides met in Pune on April 11.

The match went down to the wire as Royals lost some quick wickets after the second strategic time-out was taken but Stuart Binny's unbeaten 13-ball 32 ensured that the fort wasn't breached.

Royals registered their sixth win at home with one ball to spare. Chasing a challenging target of 179 runs, Rahane and Dravid (58) provided their team a solid start, adding 98 runs for the opening-wicket partnership in just 11.5 overs.

Both made short work of the Pune bowlers and enthralled a sell-out crowd at the Sawai Man Singh Stadium with their vast repertoire of stroke-play.

Dravid was the more aggressive of the two as he cut and drove Pune bowlers to reach his third fifty in the tournament in just 36 balls with a straight six over long-on off spinner Rahul Sharma.

It was a treat to watch Dravid of old as he matched the pace of the Twenty20 cricket with utmost ease. Rahane played the role of second fiddle to perfection as he seemed content giving strike to one of the finest batsmen in the world.

Dravid's knock came to an end when he was holed out at long-off by Mitchell Marsh off Angelo Mathews. 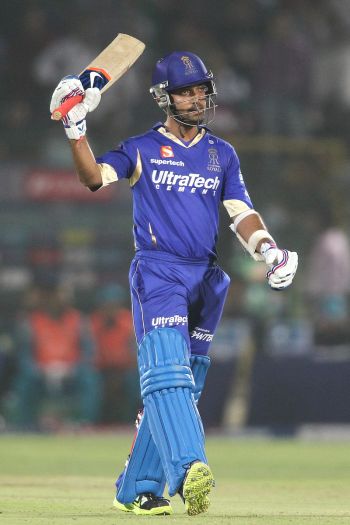 Soon after, Rahane brought up his fifty with a six too over extra-cover as Royals made a confident surge towards victory.

Rahane did not stop here as he hit Mathews for three fours to accumulate 21 runs off the 14th over. Shane Watson, who had come at the fall of Dravid, did not last long as his timbers were castled by left-arm pacer Wayne Parnell.

The Mumbaikar too departed soon after a well-made half-century, caught at square leg by Rahul Sharma off Bhuvneshwar Kumar with Royals requiring 43 runs from 24 balls.

Brad Hodge was too dismissed going for a heave over deep midwicket as Royals were left staring down the barrel but Binny kept his nerve calm under pressure to take his team home.

Uthappa scored an aggressive 41-ball 54 and, together in the company of Finch, who made an equally impressive 32-ball 45 after Warriors decided to bat first at the Sawai Man Singh stadium.

Mitchell Marsh provided the late flourish with a 21-ball 35, laced with two fours and three sixes, as Pune batsmen finally came good with the bat.

Warriors were off to a dream start as Finch and Uthappa made full use of the field restrictions and plundered runs at will. Uthappa continued from he had left against the RCB and put on display his vast repertoire of stroke-play.

Royals skipper Rahul Dravid used as many as four bowlers inside the mandatory power-play but the move yielded no result as Finch and Uthappa went about their business in style.

The onslaught started from the third over bowled by spinner Ajit Chandila when Uthappa clobbered him for two consecutive fours followed by a hit to the leg side by Finch.

Shane Watson was brought into the attack but Uthappa showed little respect to the Australian all-rounder as he hit him for three boundaries.

Warriors raced away to 50 runs in just five overs as Royals looked for the elusive breakthrough which did not come for them in the next few overs. 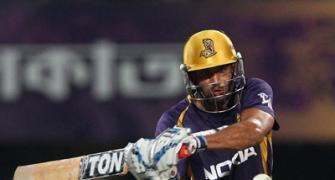 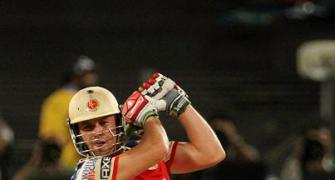 How the IPL teams are placed after 50 matches 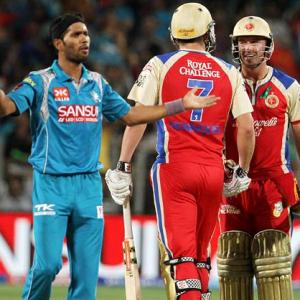 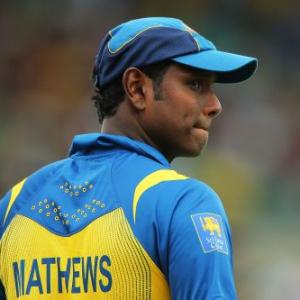 'It has been a great experience captaining Warriors'