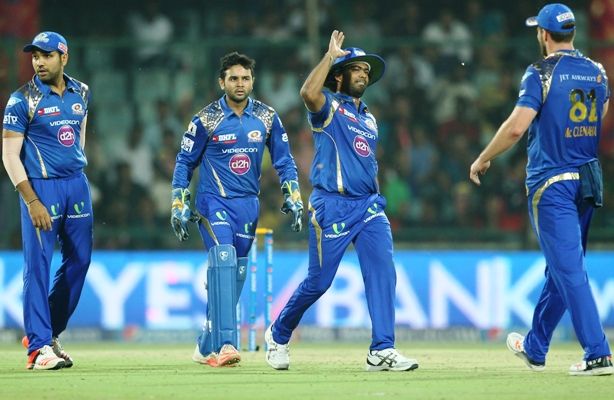 High on confidence after their third consecutive win, Mumbai Indians will hold a clear edge over the inconsistent Delhi Daredevils in their key Indian Premier League match at the Wankhede Stadium on Tuesday.

The comprehensive 23-run victory over bottom-placed Kings XI Punjab at Mohali has given the resurgent MI the perfect shot in the arm to take on Daredevils who have blown hot and cold this season and were beaten convincingly by Rajasthan Royals on Sunday night.

Mumbai can take a lot of positives into tomorrow's game against a rival which is placed one rung above because of a superior net run rate – both having 8 points from 9 games and occupying the sixth and seventh slots after yesterday's games.

The return to form of struggling opener Parthiv Patel, who made his first half century of the season besides putting on a near-century stand with fellow-opener Lendl Simmons, bodes well for the home team. 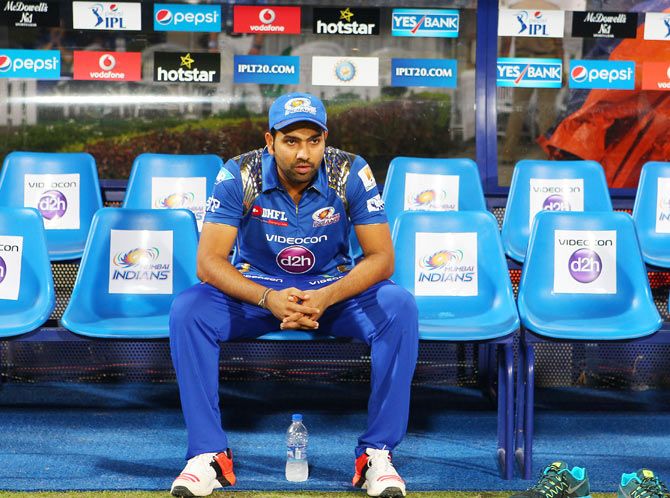 Mumbai Indians captain Rohit Sharma ponders his team's next move in the dug out. Photograph: BCCI

Mumbai seem to have hit the right combination after the loss of a few key players due to injury and no-show but will be a tired lot after travelling to Mohali.

On the other hand, Daredevils, who had a poor game yesterday overall and fielded woefully, need to regroup quickly and take advantage of the travel-weariness of Mumbai.

Both Delhi captain Jean-Paul Duminy and key all-rounder Angelo Mathews spoke about the need for consistency in their display.

"Unfortunately when we win, the next game has not been good. We need to break that pattern. Consistency hasn't been there. If we start winning a couple of games in a row we can turn it around," said Mathews confidently ahead of Mumbai's game.

There's a question mark over the poor run of Yuvraj Singh who hit Royals' Dhawal Kulkarni for three silken-smooth boundaries in one over, before departing immediately afterwards. 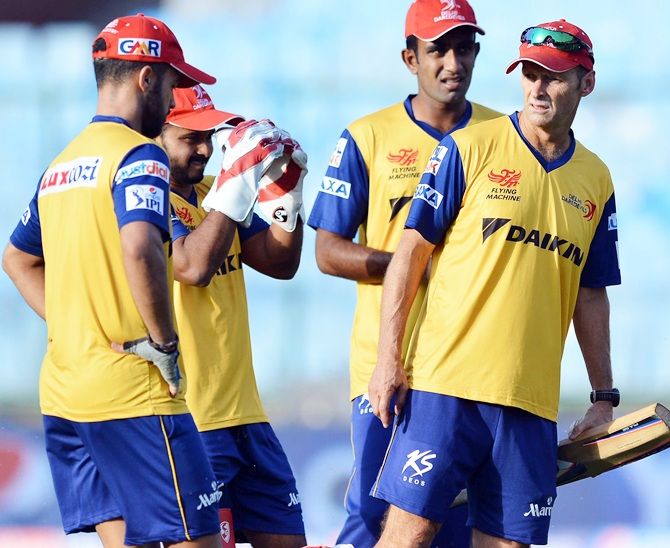 "It's just 15 minutes now after the game and all options are open. At the end of the day he's a match winner and I still believe he can come good and have to back him to do that," he said on Yuvraj.

Mumbai, on the other hand, go into the game with their tails up but are aware of the pitfalls as another defeat could scuttle their qualifying hopes. They have a very good middle order in place to take advantage of a good start.

Death bowlers in Sri Lanka's Lasith Malinga and New Zealand's Mitchell McClenaghan, besides the wily and experienced Harbhajan Singh, can strangle the scoring in the middle overs.

In short, Daredevils have a huge task in front of them to stop Mumbai's winning run and resurrect their own qualifying hopes.