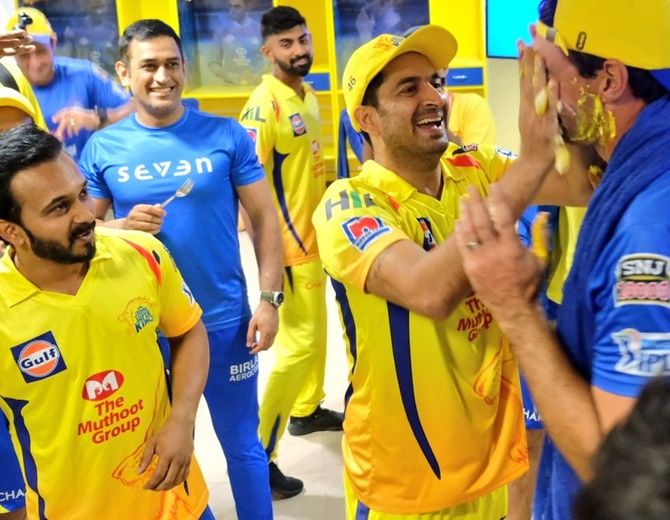 Chennai Super Kings moved to the top of the table in the ongoing Indian Premier League after beating  Rajasthan Royals. It turned out to be a special gift for head coach Stephen Fleming on his 46th birthday. Mohit Sharma and Suresh Raina didn’t waste any time while smearing cake on the New Zealand veteran’s face in the dressing room after the match ended as the rest of the players sang the birthday song. "Even our Super Coach isn't spared from the cake facewash!," CSK captioned the video on social media.