Images from the Indian Premier League match between Sunrisers Hyderabad and Kolkata Knight Riders, in Dubai, on Sunday. 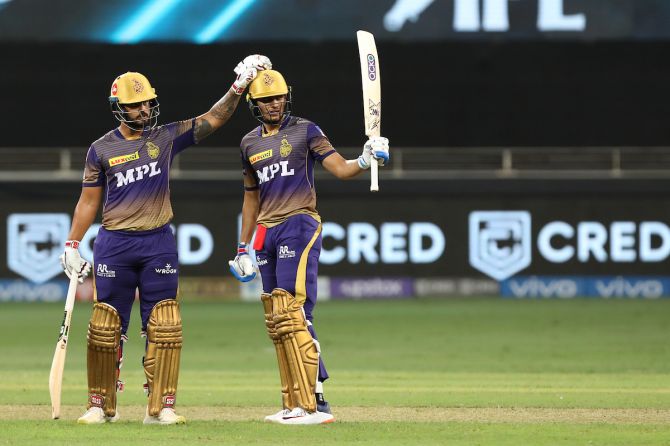 IMAGE: Kolkata Knight Riders opener Shubman Gill gets a pat on the back from Nitish Rana after scoring a half-century against Sunrisers Hyderabad in the Indian Premier League match, in Dubai, on Sunday. Photograph: BCCI

Shubman Gill scored a judicious half-century to guide Kolkata Knight Riders to a six-wicket victory over Sunrisers Hyderabad and enhance their chances of making the play-offs of the Indian Premier League, in Dubai, on Sunday.

The Knight Riders first dished out excellent bowling to restrict the Sunrisers to a below-par 115 for 8 and then rode on Gill's 57 off 51 balls for a comfortable victory.

Sunday’s victory consolidated KKR's position at No. 4 in the eight-team league with 12 points from 13 games. 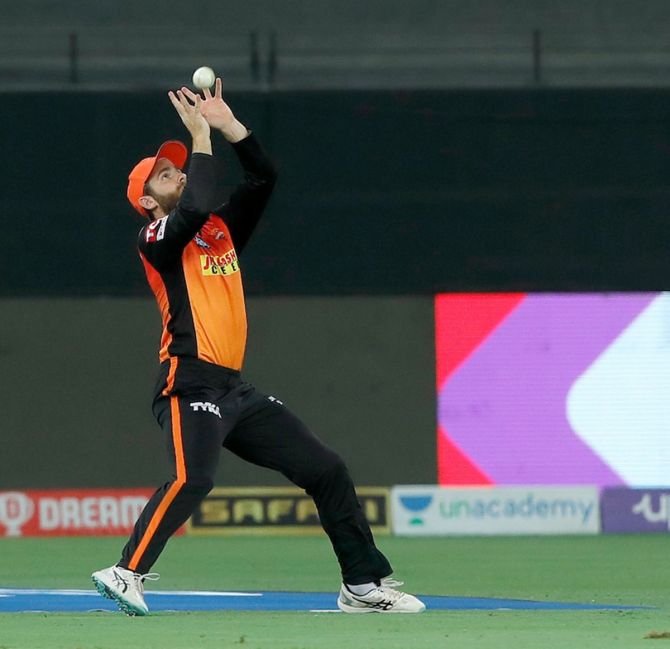 Punjab Kings, after losing to the Royal Challengers earlier on Sunday, are all but out of the tournament. 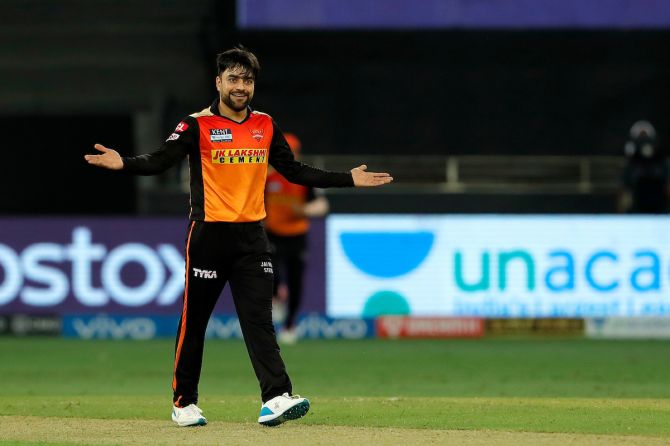 Defending a small total, the Sunrisers bowlers were right on their money from the word go, as the Kolkata batsmen struggled to force the pace of the innings.

Rashid Khan too created problems for the KKR batsmen, while Siddharth Kaul was incisive with his line and length, making it difficult for the opposition batsmen to free their arms.

Venkatesh Iyer (8) and Rahul Tripathi (7) fell to Holder and Rashid in quick succession, after which Gill and Rana found it difficult to rotate the strike, as the asking rate climbed, with KKR 44 for 2 at the halfway mark. 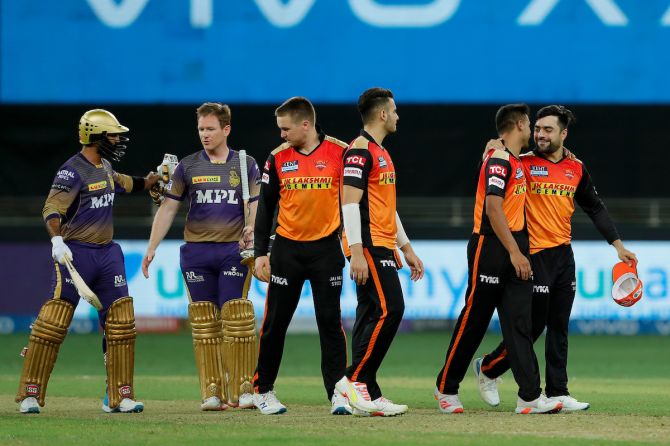 With Rana struggling to get going, Gill took the onus on himself to break the shackles and he did it by smacking Holder for two boundaries in the 12th over to bring down the equation to 53 off 42 balls.

Gill continued his attacking instinct and struck Malik for back-to-back boundaries in the next over to ease the chase.

Gill and Rana sort of sealed the issue before the former flicked one straight to Holder at long-on off Kaul's bowling in the 17th over, with the score 93 for 3.

There were some tense moment after Rana was dismissed in the 18th over, but Dinesh Karthik (18 not out) and Eoin Morgan (2 not out) got KKR past the line with two balls to spare. 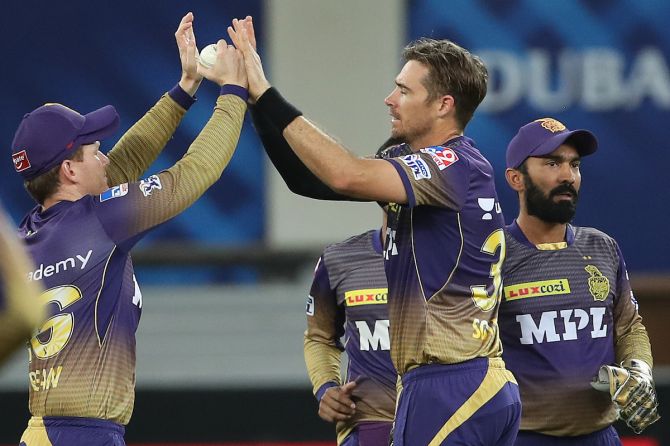 Kolkata Knight Riders produced a clinical bowling effort to restrict Sunrisers Hyderabad to a below-par 115 for 8 in the Indian Premier League match, in Dubai, on Sunday.

Already out of contention for a play-offs berth, the Sunrisers experienced a horrible start, losing Wriddhiman Saha for a duck off the second ball off the innings. He was trapped leg before by Southee. 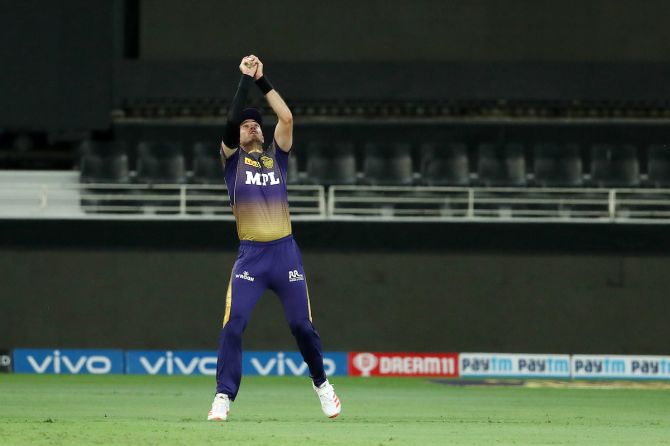 Jason Roy (10) was the next to depart, caught by Southee off Shivam Mavi in the fourth over and they were unable to put up a worthy challenge.

Williamson tried to resurrect the innings and looked good before he was run-out by Shakib Al Hasan. He was out after scoring 26 off 21 balls and the Sunrisers were reeling at 38 for 3 after 6.5 overs.

Once Williamson departed, it was a struggle even though Priyam Garg (21) and Abdul Samad (25) forged a partnership. Garg was caught at deep midwicket by Rahul Tripathi off Varun Chakravarthy, while Jason Holder (2) fell to the same bowler in his next over.

Samad tried his best to raise the momentum and score big in the last five overs. He hit three lusty sixes but eventually perished in search of quick runs, caught by Shubman Gill of Southee's bowling. 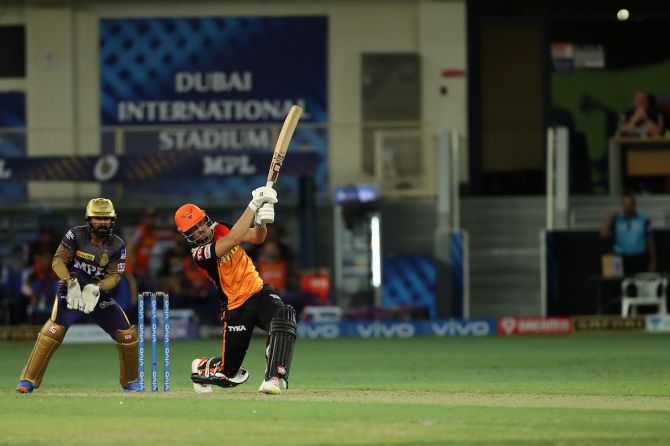 Bhuvneshwar Kumar (7 not out) and Siddharth Kaul (7 not out) were unbeaten after a 12-run ninth-wicket partnership.

The spin duo of Shakib (1/20) and Narine were brilliant in the middle overs as the Sunrisers batter found the going tough.

Narine went wicketless, but was economical, finishing with impressive figures of 4-0-12-0. 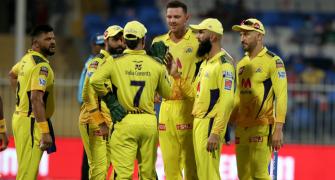 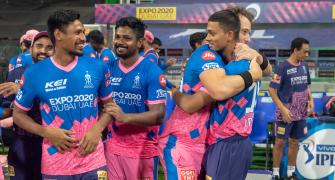 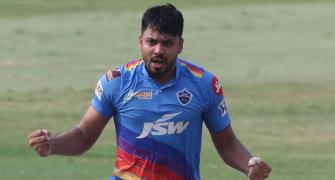 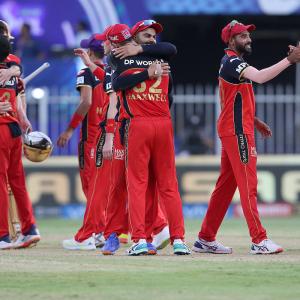 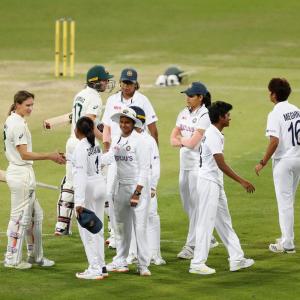