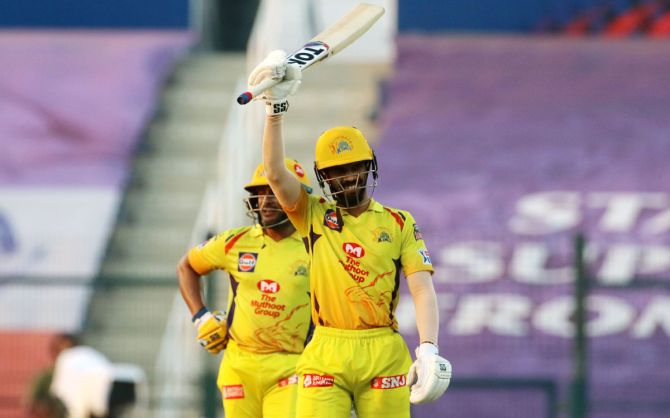 Gaikwad stroked an unbeaten 62 from 49 balls, as the former champions cruised to 154-1 in 18.5 overs, to win with seven balls to spare.

The defeat meant that Kings XI Punjab were also knocked out of the play-offs. 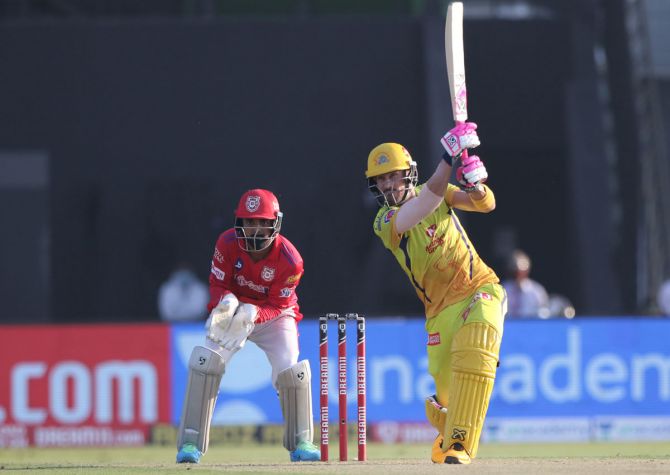 Gaikwad and Faf du Plessis gave the Super Kings a perfect start, the openers putting on 82 runs from just 57 balls.

The South African hit 48 off 34 balls before he was caught by wicketkeeper K L Rahul off pacer Chris Jordan as he attempted the paddle scoop. 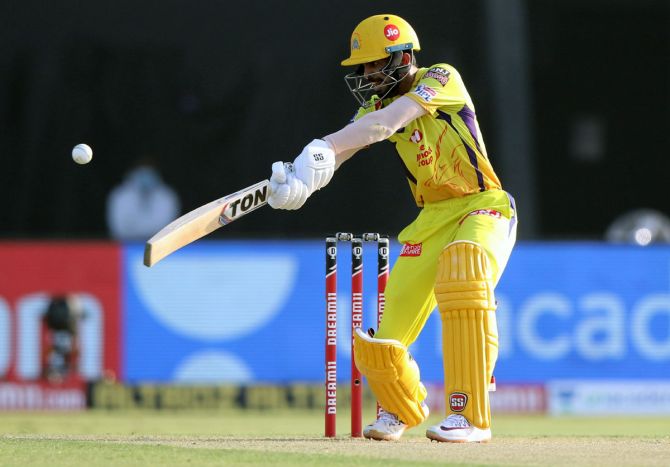 IMAGE: Ruturaj Gaikwad slams one to the boundary. Photograph: BCCI/IPL

But Gaikwad in the company of Ambati Rayudu (30 not out) batted solidly to help the Super Kings end their campaign on a high with three successive victories.

This is the first time that the Mahendra Singh Dhoni-led Super Kings failed to qualify for the play-offs. 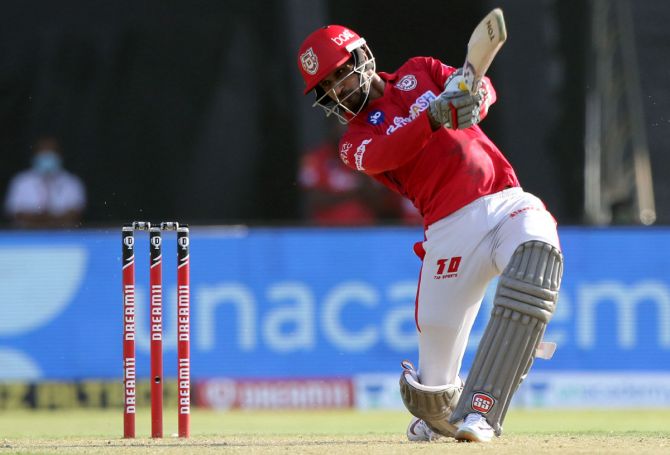 Earlier, Hooda brought his big-hitting prowess to the fore to lift Kings XI Punjab to 153 for 6 against Chennai Super Kings in the Indian Premier League match in Abu Dhabi on Sunday.

The Baroda all-rounder smashed four sixes and three fours during his counterattacking 30-ball 62 stay in the middle and rallied the Kings to a decent total.

Thanks to Hooda, the Kings scored 40 runs in the last three overs after Chennai Super Kings, who opted to field, choked their middle-order for runs. 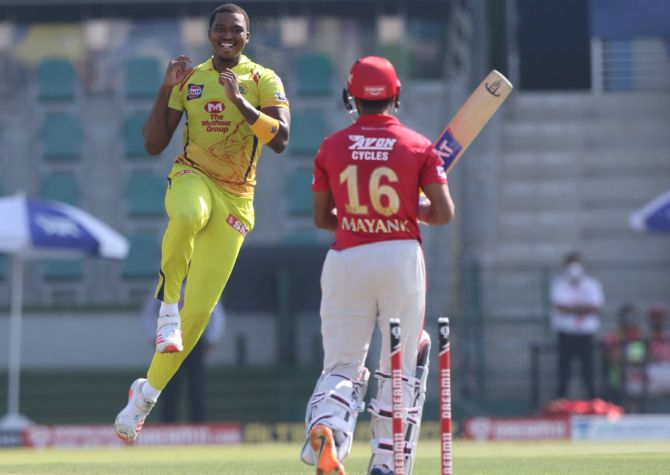 Hooda picked his spots cleverly and also ran well between the wickets on a day when his more accomplished batting colleagues failed to capitalise on their starts.

Returning to the side after an injury-forced break, Mayank Agarwal got Kings XI off to a breezy start, collecting two boundaries off Deepak Chahar's first over. 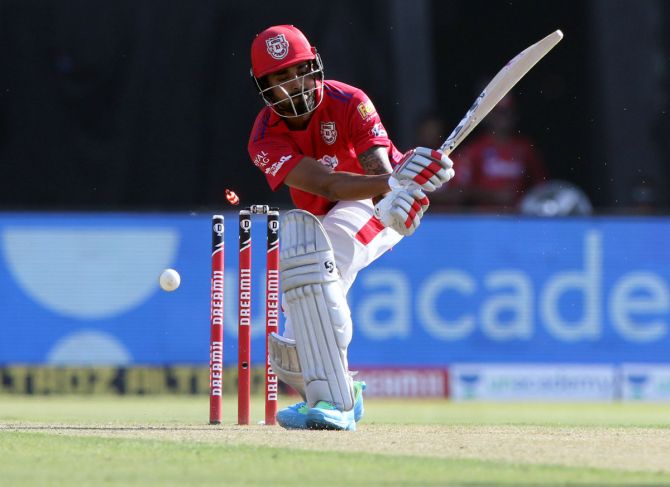 In-form skipper K L Rahul got into the act with the day's first six, over the third man region, before scoring two boundaries off Shardul Thakur.

In the next over, Agarwal welcomed Ngidi by driving him to the long-off boundary, but the South African had his revenge the next delivery as the opener edged the ball into the middle stump.

Three tight overs followed during which Ngidi bowled Rahul with a well-disguised, full slower ball at off stump.

After a brisk start by Kings XI, the Super Kings’ bowling attack did extremely well to strangle the strong opposition batting that comprised the likes of Chris Gayle and Nicholas Pooran in the middle-order. 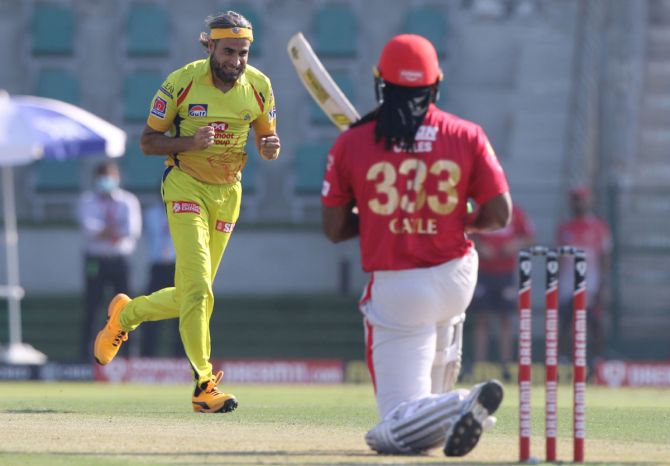 From 44 for no loss in five overs, Kings XI were struggling at 65 for two at the end of the 10th over.

Shardul made life more difficult for them as Pooran's thin inside edge was taken by Mahendra Singh Dhoni.

In the penultimate ball of the 12th over, leg-spinner Imran Tahir dealt a body blow to Kings XI as he had Gayle trapped in front of the wicket. The big-hitting Jamaican went for a review, which showed that the ball pitched in line was clearly going to hit the stumps.

In between, Kings XI enjoyed a couple of good overs but Chennai Super Kings maintained their stranglehold.

Hooda then scored some useful runs down the order, including smashing Ngidi for two sixes, as Kings XI ended the innings on a blazing note. 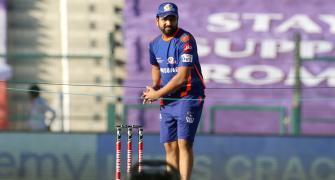 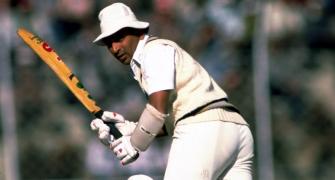 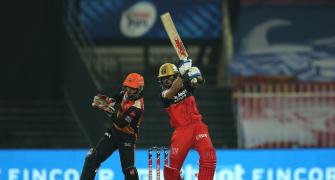