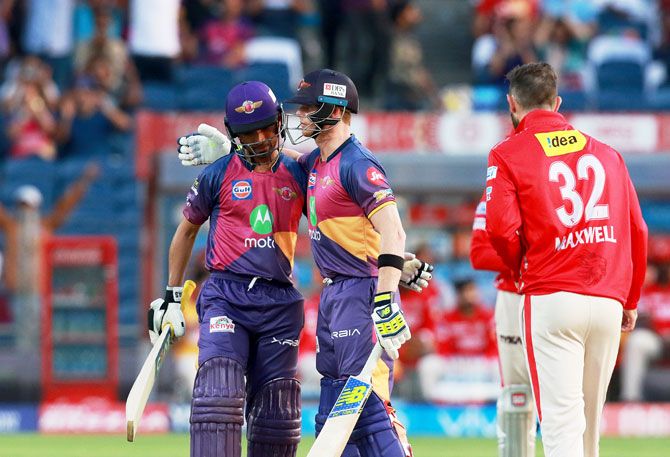 Rising Pune Supergiant thrashed Kings XI Punjab by nine wickets to storm into the play-offs of the Indian Premier League, in Pune, on Sunday.

After bowling out the visitors for a lowly 73, Pune cruised to victory with eight overs to spare, to set up a meeting with Mumbai Indians in Qualifier 1 in Mumbai on Tuesday. Kings XI Punjab batsmen put up their worst batting performance of the season to be shot out for 73 against Rising Pune Supergiant in a do-or-die final league encounter of the Indian Premier League in Pune.

It was complete domination by the home team, which first skittled out Kings XI Punjab for a paltry 73 and then knocked off the runs in only 12 overs to finish second in the eight- team table with 18 points. 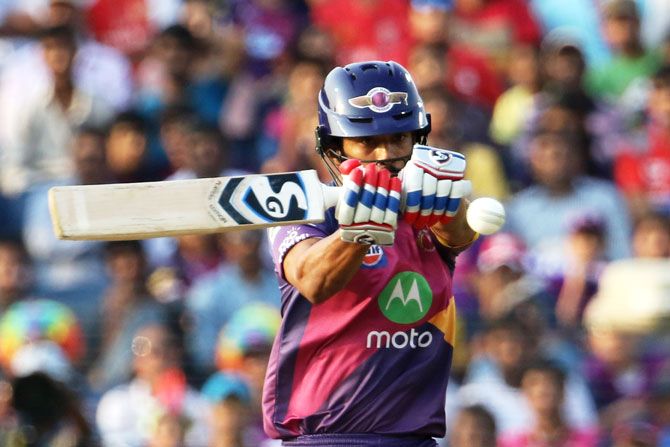 Young Rahul Tripathi blasted 28 off 20 balls to make a mockery of the chase in an encounter which turned out to be an anti-climax of sorts.

It was the ninth time in 10 seasons of the IPL that a team involving Mahendra Singh Dhoni made it to the final four stage. In the first eight seasons with the Chennai Super Kings, Dhoni was a part of the last four on all occasions. The only other player to achieve this feat in 10 seasons is Suresh Raina (CSK and Gujarat Lions).

It was only last season that a team involving the former India skipper couldn't make it to the last four.

The victory also gives Supergiant, the cushion of two shots at a place in the final.

They will be playing Mumbai Indians in Qualifier 1 while Sunrisers Hyderabad (3rd with 17 points) will meet Kolkata Knight Riders (4th with 16 points) in the 'Eliminator'. 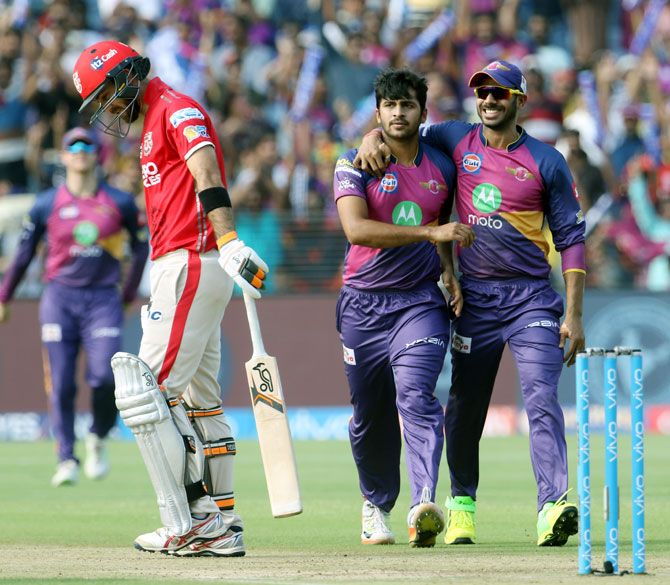 Earlier, following the high of scoring 230 against Mumbai Indians in the last game, Kings XI Punjab's campaign hit the worst note on a day when it mattered the most.

They were all but out of the game from the very first delivery as they were bowled out in only 15.5 overs.

Axar Patel was the top-scorer with 22 runs while Wriddhiman Saha's 13 was the next best. 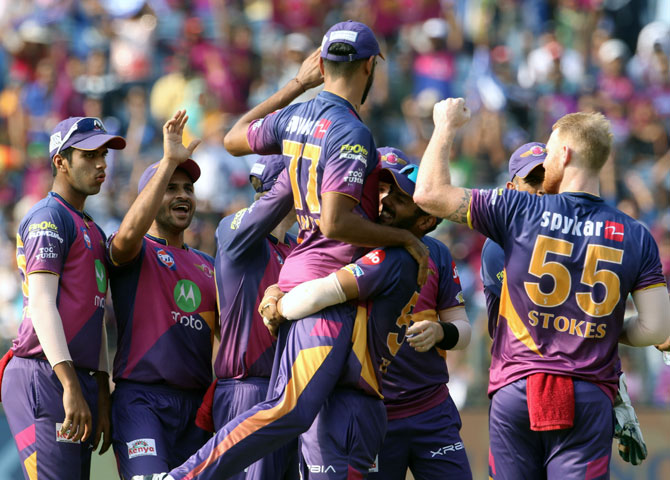 Martin Guptill (0) uppishly drove to Manoj Tiwary at short cover to be dismissed off the very first delivery of the match, by left-armer Unadkat.

Shaun Marsh (13) hit a couple of boundaries before he failed to clear Steve Smith at mid-off. He didn't fully commit to the drive and failed to get the desired elevation.

Unadkat was again in the game when his direct throw found Eoin Morgan (4) short of his crease.

Rahul Tewatia (4) hit a square drive and then mistimed a pull from Shardul Thakur. Tewatia to his horror, found Unadkat stationed at short fine leg dived full stretch to take the catch. At 32 for five, it was all over for the Kings XI as none of the batsmen showed any stomach for a fight.

Wriddhiman had opened the batting and from the other end, saw wickets falling like ninepins. Finally, he was out trying to steer Christian with Dhoni taking a regulation catch.

It was a formality as Zampa polished off the tail with 25 deliveries remaining unconsumed.