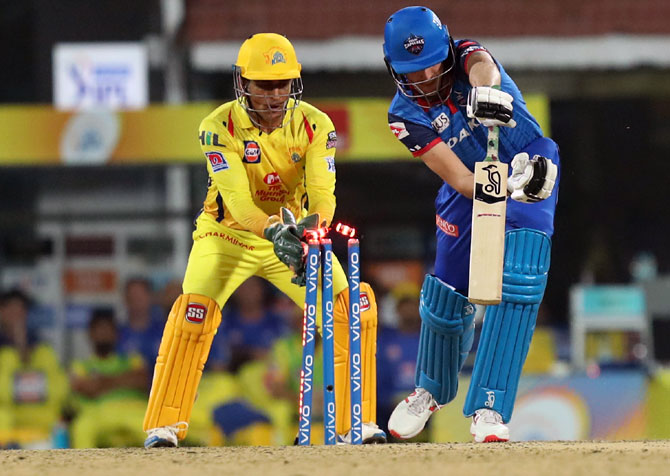 Skipper Mahendra Singh Dhoni's expertise in the slog overs was on display yet again, before his spinners excelled, as Chennai Super Kings scored a thumping 80-run victory over Delhi Capitals in the Indian Premier League match, in Chennai, on Wednesday.

The victory took Chennai Super Kings to top of the table, with 18 points from 13 matches, while Delhi Capitals stay second with 16 from as many games.

It was Suresh Raina’s fighting 59 off 37 balls that prepared the ground for Chennai’s revival following a slow start, and Dhoni provided the late flourish, scoring an unbeaten 44 off 22, ending the innings with two sixes off Trent Boult.

After scoring just 27 runs in powerplay overs, the hosts eventually put on board a fighting 179 for four and dismissed Delhi for just 99 in 16.2 overs. 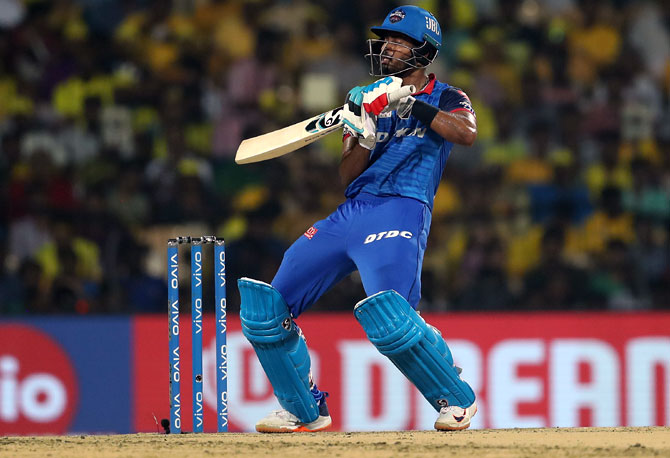 Delhi’s batting, consistent this season, surprisingly collapsed. They were out of the game after losing half the side by the 11th over and ended up suffering their worst defeat. It was also their lowest total of the season.

Chennai Super Kings are now sure to finish in top-2, ensuring they will have two shots at making the summit clash.

Mumbai Indians is only team that can displace Capitals from second place if they win their next two games and Delhi lose their last. 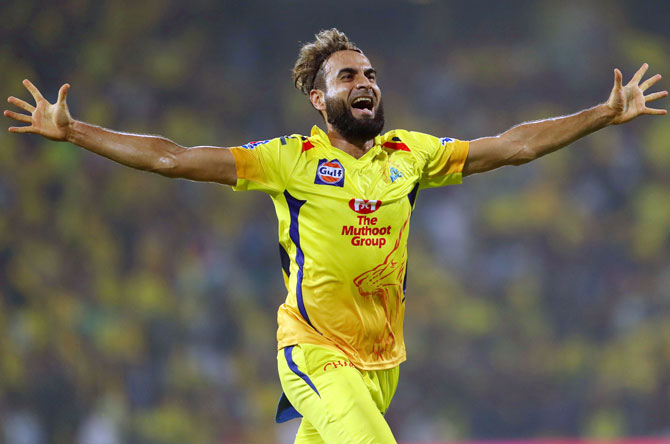 Delhi Capitals had hoped the dew factor would come in while batting second but Chennai’s spinners bamboozled them from the word go, never allowing them to settle.

Dhoni's quick hands were at it again as he effected two lightening fast stumpings to dismiss skipper Shreyas Iyer (44) and dangerous Chris Morris (0).

Except Iyer and Shikhar Dhawan (19) none of the other Delhi batsmen could reach double-digit mark. 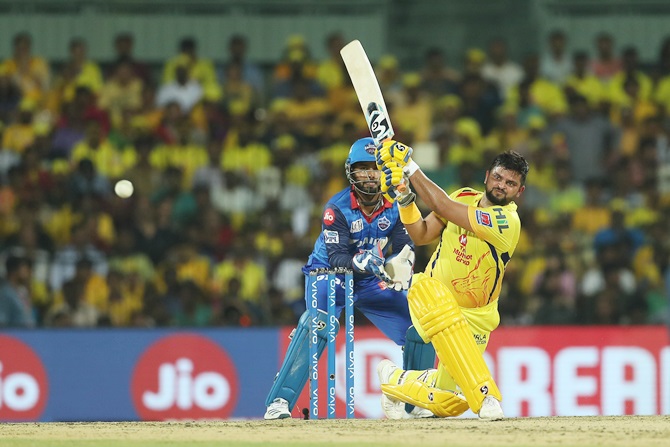 Earlier, Suresh Raina struck a fighting half-century before Dhoni's late push as Chennai fought back from the early dismissal of Shane Watson.

Later, skipper Dhoni, who returned to the side after recovering from a bout of fever, and Ravindra Jadeja added some quick runs to provide a late flourish to the innings.

Dhoni hit an unbeaten 44 off 22 balls, inclusive of four fours and three sixes, while Jadeja smashed 25 off 10, which was studded with two sixes. 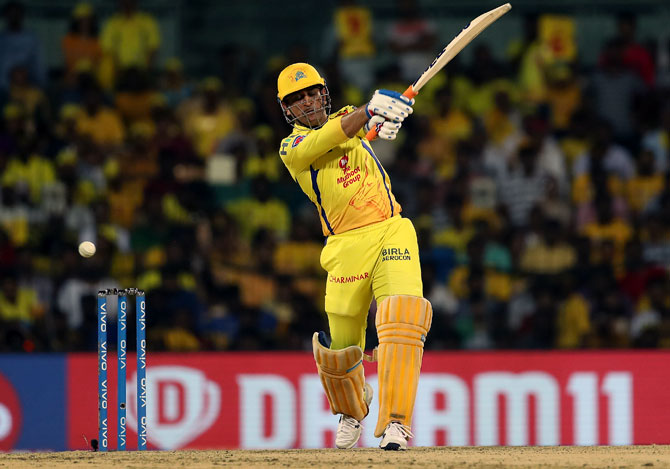 This was after Boult and left-arm spinner Jagdeesha Suchith (2/28) had straight-jacketed the Chennai batsmen after electing bowl.

Boult, swinging the ball, and Suchith, accurate with his line and length, gave away just seven runs in the first four overs.

Shane Watson could not open his account even after facing eight balls. In desperation, the Australian swung his arms but only to find a fielder near the boundary. 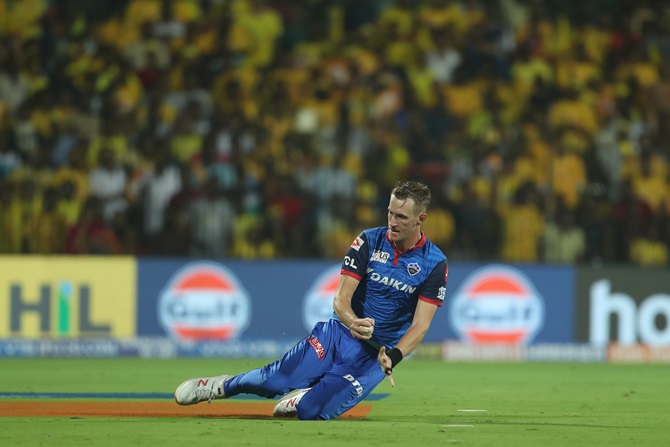 IPL veteran Raina added some pace to the CSK innings with a flurry of . He and Du Plessis moved the ball around and scored boundaries when they got a chance.

The first six of the innings was hit in the 13th over when Du Plessis dispatched a full delivery from Sherfane Rutherford over extra cover. The South African repeated the act when Axar Patel operated soon after. 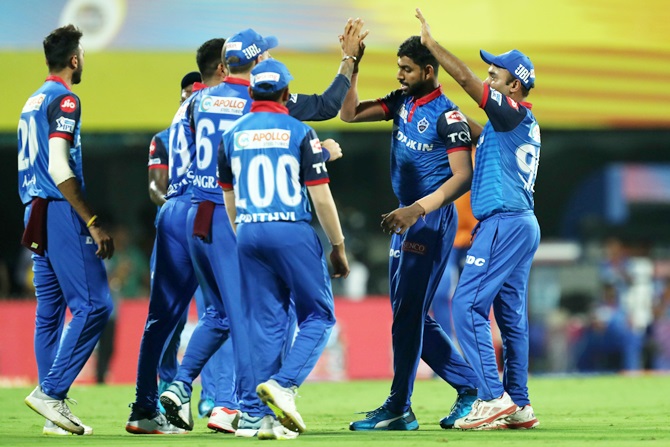 However, the left-arm spinner had revenge off the next delivery when the Proteas batsman attempted another big shot.

Raina too departed in the next over, Suchith having him caught at point, but not before hitting the spinner for two fours and a six.

Dhoni then led the side to fighting total. 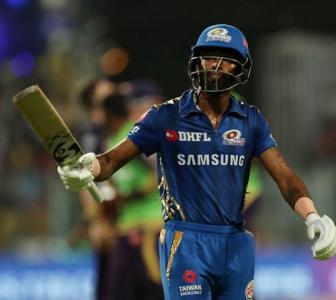 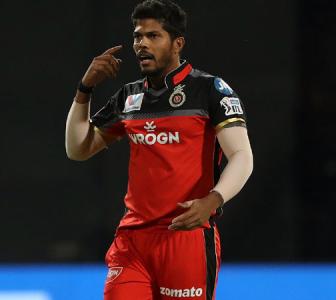 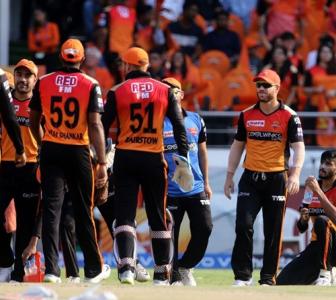