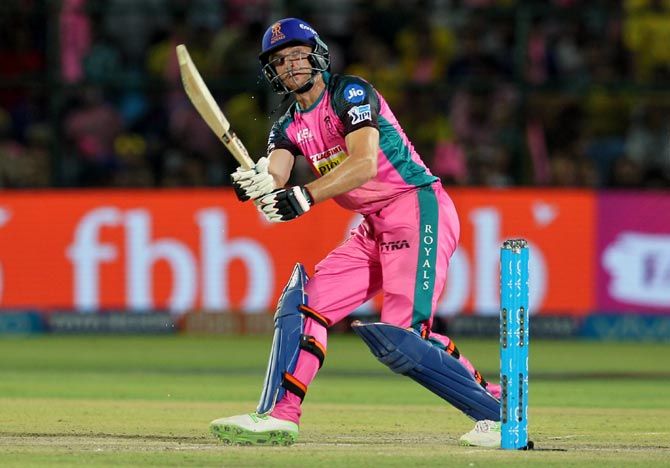 Jos Buttler anchored a tricky chase to perfection as Rajasthan Royals beat Chennai Super Kings by four wickets in a thrilling encounter to keep their play-off hopes alive in the Indian Premier League, in Jaipur, on Friday.

Chasing a target of 177, Buttler struck his fourth successive half-century, a 60 ball 95 studded with 11 fours and two sixes as Rajasthan reached the target in 19.5 overs.

They now have 10 points from 11 games, the same as Kolkata Knight Riders and Mumbai Indians to keep themselves in the running for a place in the play-offs.

CSK on the otherhand, couldn't clinch their play-off berth and Mahendra Singh Dhoni's frustration at his bowlers faltering at the death was once again evident.

Needing 12 off the last over, Buttler smacked Dwayne Bravo's fourth delivery over mid-wicket for a six and then scampered home for a double to finish the match, following a needless overthrow from Shane Watson at mid-off. 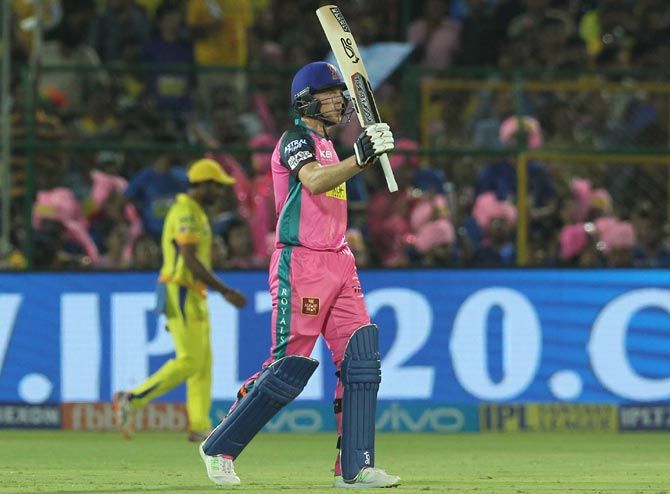 Having raced to his half-century from 26 balls, Buttler struggled in the middle overs but kept going and took the game deep before finishing off in style. The two sixes hit by Krishnappa Gowtham off David Willey in the penultimate over proved to be crucial in the final analysis.

Buttler's blazing blade created a lot of damage in the initial overs as he hit a flurry of boundaries and sixes. He started with three boundaries off countryman David Willey's over.

There was a six over long-off Harbhajan Singh along with a backfoot punch through mid-wicket. Ben Stokes, who was promoted to open the innings, once again struggled before he was bowled middle-stump trying to give Harbhajan the charge after scoring just 11. 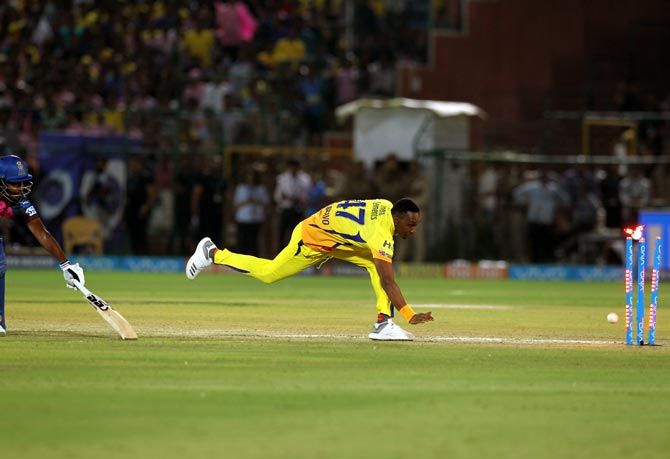 Skipper Ajinkya Rahane (4) was done in by a beauty from Ravindra Jadeja and was caught at slip by Suresh Raina after it deflected off Dhoni's gloves.

But after the first four overs when CSK conceded 48 runs, they managed to pull back as Rajasthan managed just 51 runs from the next seven overs.

Sanju Samson (21) was run-out after a horrible mix-up while debutant Prashant Chopra (8) hit a couple of boundaries before he was caught at midwicket off a slower ball.

Stuart Binny played a handy innings of 22 from 17 balls, before he fell to Dwayne Bravo in the 18th over before Gowtham's cameo of 13 from four balls brought Royals back into the contest.
Earlier, Suresh Raina struck his 34th half-century in the IPL to help Chennai Super Kings post a competitive 176 for 4.

CSK's most consistent performer over the years, Raina struck 52 off 35 balls with the help of six boundaries and a six, adding 86 runs for the second wicket with veteran Shane Watson, who scored 39 off 31 balls.

The duo provided the platform for skipper Mahendra Singh Dhoni to launch a final assault smashing 33 off 23 balls in company of Sam Billings, who stroked 27. The duo added 55 runs in 6.4 overs to take the team's total past 175-run mark. 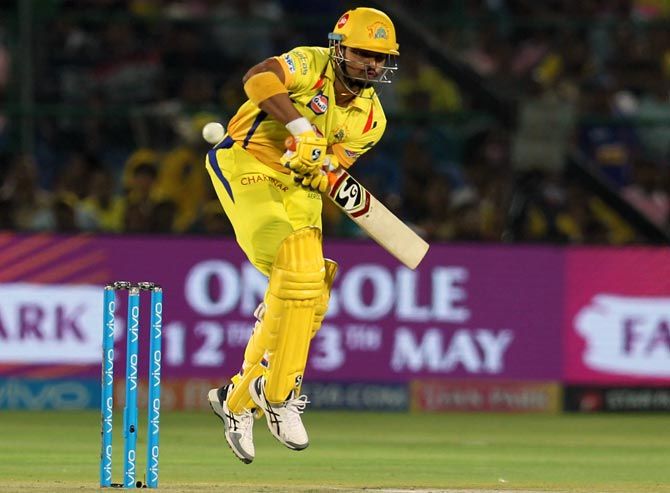 For Royals, even though he went for runs Jofra Archer was the most successful bowler as he picked up two for 42.

The in-form Ambati Rayudu (12) started off with a couple of boundaries before being played on to a delivery that was kicking up from back of the length.

However, Raina batted in his inimitable style along with Watson as they scored runs at a comfortable pace. Raina started by clipping Archer off his pads to the square leg boundary. In the same over, he got his second boundary with a square drive. 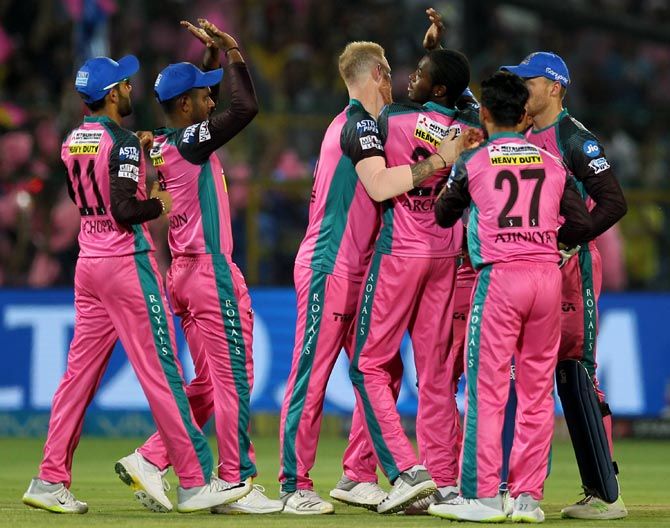 In the next over, he got a couple of more boundaries with a cut and a cover drive off Krishnappa Gowtham before he pulled Ben Stokes over midwicket to continue his fiery start.

The first six overs of Powerplay overs yielded 55 runs, before Rajasthan pulled back things as CSK didn't get a boundary for 21 balls before Watson and Raina released the pressure off Sodhi, in the ninth over.

Watson pulled a Sodhi half-tracker over deep mid-wicket for a six while Raina slog swept the bowler for same result in that particular over, which fetched 16 runs.

Watson, who didn't play too many big strokes got into the groove to hit the out-of-form Jaydev Unadkat for a six over midwicket.

The veteran Australian was finally dismissed by Archer, who top edged the pull and was caught by wicketkeeper Buttler.

Raina also perished after his half-century before Dhoni and Billings did their bit to take CSK to a reasonable total. 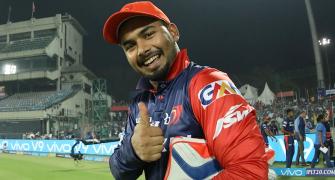 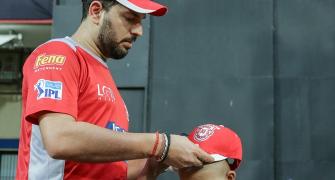 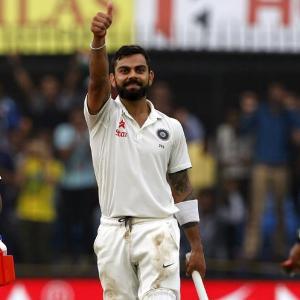