Invited to bat, Punjab openers Murali Vijay (42) and Manan Vohra (38) put on 78 runs in 8.2 overs to lay a strong foundation for a big score but other batsmen failed to capitalise and the hosts setled for 161 for six.

Ravindra Jadeja (2-30) removed both the openers but it was West Indies' seamer Bravo (4-22) who turned it around for the Lions by dismissing big-hitting David Miller and Glenn Maxwell in space of three balls in the 12th over.

Punjab struggled to get quick runs after that and had it not been for Marcus Stoinis' 33-run knock and his 55-run partnership with Wriddhiman Saha (20) they would have struggled to go past even 150-run mark.

Bravo accounted for two more batsmen in the last over and became the only player in IPL to have a combo of 1000 runs and 100 wickets. Lions lost Brendon McCullum (0) in the very first over of their chase when the Kiwi batsman was stumped by Saha off Sandeep Sharma but the visitors went about their business calmly and overhauled the target with 14 balls to spare.

Captain Suresh Raina (20) also fell after a positive start but Finch was solid at the other end, rattling up a 65 stand for the third wicket Dinesh Karthik (41 off 26 balls).

Finch stroked the ball with authority and did not spare a single Punjab bowler. The pitch at IS Bindra stadium was conducive for strokeplay and wayward bolwing by Punjab players only helped the Lions. The Australian punished Punjab bowlers with 12 shots to
the fence before being stumped off left-arm spinner Pradeep Sahu.

At that stage Lions needed only 45 runs for eight overs and Finch had done his job nicely. Karthik, who was happy playing a second fiddle when Finch was batting at the other end, took lead in polishing off the remaining runs. Karthik lost another partner in Jadeja, who was run out after scoring 8 runs, but it allowed India's Under-19 captain Ishan Kishan to bat against a quality bowler like Mitchell
Johnson.

The young left-hander scored only 11 runs but showed that he has the heart to fight. Karthik and Bravo (2) ensured that there were no more hiccups for the Lions. Karthik hit seven boundaries in his crucial unbeaten knock. 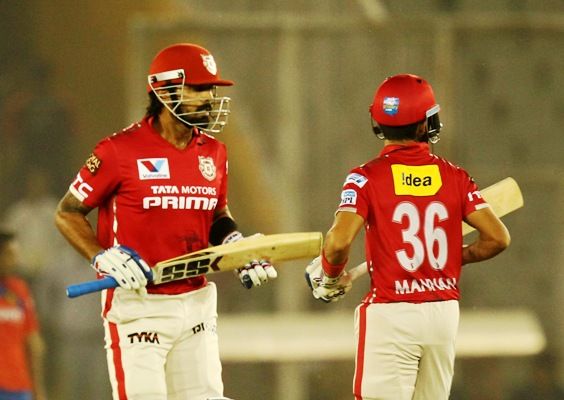 Earlier, Praveen Kumar was impressive as he swung the ball nicely but Pradeep Sangwan was taken to task by Vijay. Vijay was cautious initially but opened his arms to good effect after getting his eye in. He lofted Sangwan for a six over long-on and followed it up with an exquisite cover drive.

He was in such good touch that he drove even good length balls effortlessly to the boundary ropes. He did not slog and played proper cricket shots at a good pace.

Vohra welcomed left-arm paceman James Faulkner with a crushing drive but was dropped next ball when he lofted the ball in the air only to see Bravo spill the chance.

Faulkner conceded 14 runs in his first over and the hosts raced to 50 inside six overs. Spinner Ravindra Jadeja managed to stop the run flow from one end and also broke the opening partnership by dismissing Vohra, whose inside edge was easily taken by Dinesh Karthik. Stage was set for fireworks and in came Punjab skipper Miller. Jadeja though struck again by sending back Vijay, who missed the line of the ball to be bowled.

Bravo rattled the Punjab camp by dismissing Glenn Maxwell (2) and Miller (15) in space of three balls.

Stoinis and Wriddhiman Saha added 55 runs for the fifth wicket to repair the innings but the Punjab innings never got impetuous to have a imposing total on the board.

Bravo again struck twice when he came to bowl the last over of the innings, getting Saha and Stoinis in successive balls. He could have got a five-for but Sarabjit Ladda dropped Axar Patel in the last ball. 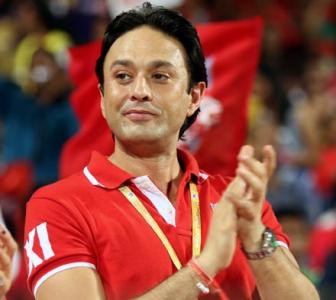 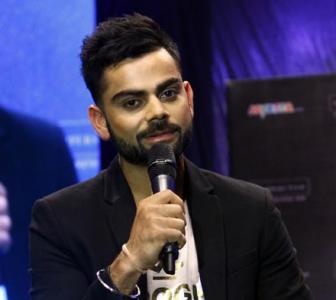 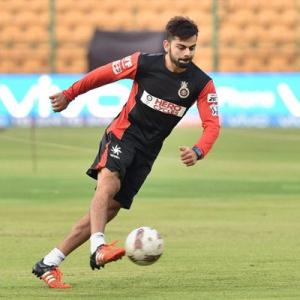 'We don't have any special plans to restrict Virat Kohli' 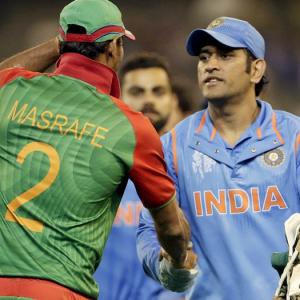 None of us had dinner after that defeat against India: Mashrafe