Parliamentary panel wanted to know how IPL is run: Shukla

Board of Control for Cricket in India vice-president Rajiv Shukla says there is "nothing wrong" with the Parliamentary Standing Committee on Finance, headed by Yashwant Sinha, summoning its president, Shashank Manohar, and Indian Premier League chairman Chirayu Amin to reply to questions on financial transactions related to the Twenty20 league.

Besides Manohar and Amin, BCCI secretary N Srinivasan was also present during a two-and-a-half hour grilling by the committee. At the end of their deposition they were asked to leave the venue without speaking to the media, which was present in full strength.

"The proceedings were held in camera, and, hence, it would not be proper for me to comment upon what went on during the deposition. All I can tell you is that the committee members wanted to understand how the Indian Premier League is being run and how the Board conducts cricket in India", Rajiv Shukla told rediff.com.

The BCCI used to take the stand that since it does not accept any money or grant from the government it was not answerable to it. But the Delhi high court, while maintaining the autonomy of the BCCI, in its order passed on October 4, 2004, had said, "If a public duty or public function is involved, anybody, public or private, qua that duty or function, and limited to that, would be subject to judicial scrutiny under the extraordinary writ jurisdiction of article 226.

"The BCCI which is the sole repository of everything cricket in India has attained this 'giant' stature through its organisation, skill, the craze for the game in India and last but not the least by the tacit approval of the Government. Its objects are the functions and duties it has arrogated to itself."

The Committee wanted to know how the bidding for the players was done and how foreign exchange, which falls under the jurisdiction of the Reserve Bank of India, was released; whether the requisite permission of RBI was sought by the franchises and how such whopping sums of money were being paid to the players.

Questions were also asked about liquor being served at the IPL games the role of cheer leaders.

"Since BCCI has to seek tax relief, permission of the government to go abroad and release foreign exchange to the players, the finance committee is competent to ask BCCI officials for an explanation," said a senior political leader who is also associated with the game.

"I am glad they are being asked questions. Besides paying the players at the auction huge sums, money is also being paid under the table," a former captain of the Indian cricket team alleged. 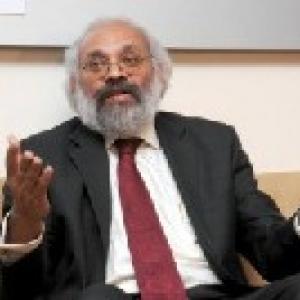 Right size of a bank remains a debate: Gokarn