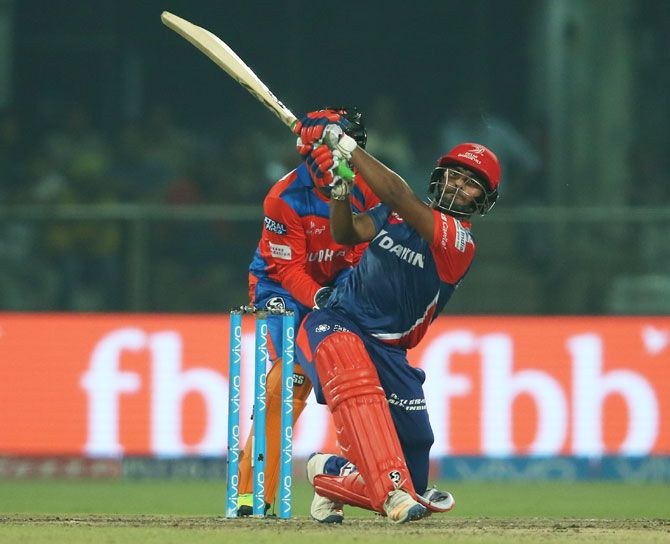 Chasing 209 for victory, Pant and Sanju Samson (61 off 31) joined forces to help Delhi go past the massive target.

The 19-year-old Pant butchered the Lions bowling attack with some power hitting, blasting six fours and nine sixes in his match-winning innings. 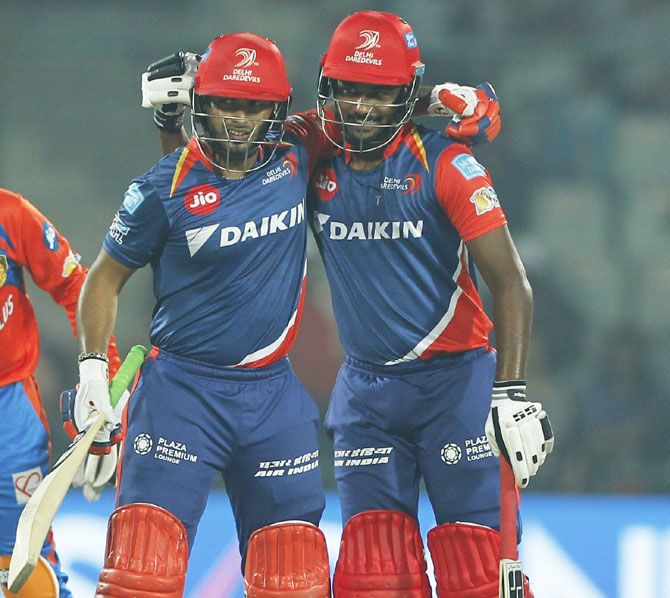 The wicket-keeper batsman from Uttarakhand forged a 143- run partnership off 63 balls for the second wicket with Sanju Samson (61 off 31 balls) to take Daredevils on the threshold of victory.

After the duo departed, Shreyas Iyer (14) and Corey Anderson (18) took Delhi home with 15 balls to spare to ignite hopes of grabbing a berth at the IPL play-off.

Delhi are now placed at the sixth place in points table with eight points, while Gujarat are out of reckoning after suffering another defeat. They are now at the seventh spot with six points with three more matches to go in their IPL campaign.

Delhi have kept their Indian Premier League play-off hopes alive with this win. 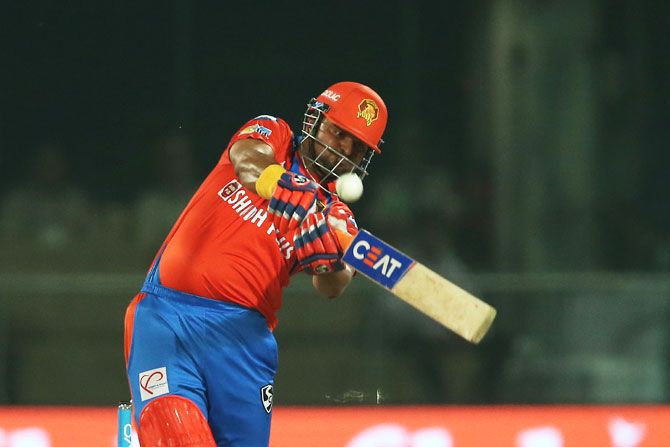 Coming in to bat no. 3, Raina played fluently to score 77 runs off just 43 balls with the help of five boundaries and four sixes and together with Dinesh Karthik (65 off 34) added 133 runs off just 72 balls for the third wicket to set the foundation for a big score.

Sent into bat, Gujarat didn't have the best of the starts as they lost two wickets in quick succession. IMAGE: Mohammed Shami is a picture of frustration as Dinesh Karthik and Suresh Raina run between the wickets. Photograph: BCCI

The duo rode on their luck, especially Raina, as they brought up 100-run partnership off just 60 balls.

Raina was lucky to have survived in the seventh over when he was dropped by Marlon Samuels off the bowling off Mohammed Shami.

But Karthik was at his attacking best as he smashed Amit Mishra for a six and a four. He was severe on left-arm spinner Shahbaz Nadeem as he smacked the bowler for two sixes and one four to pick up 18 runs off the 12th over. 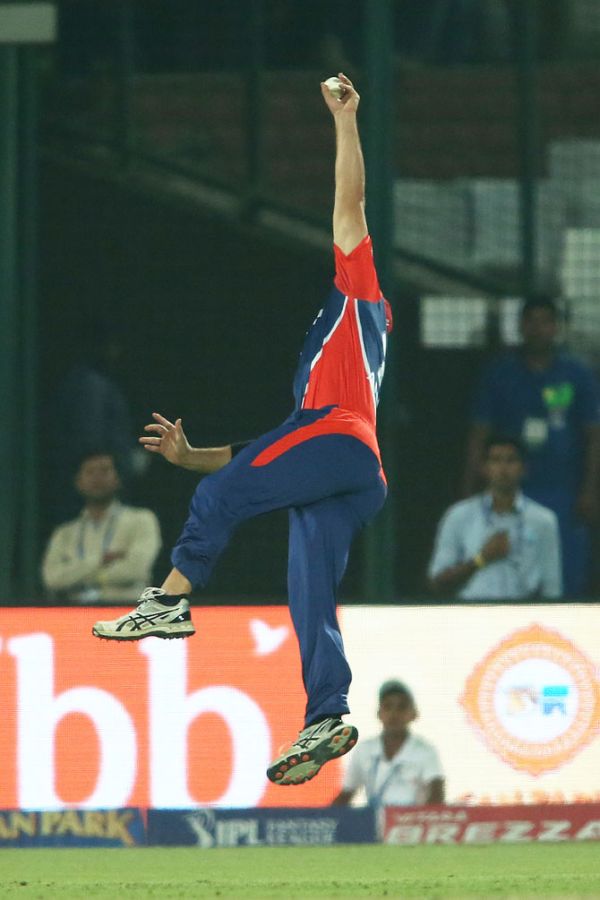 But an over later, an in-form Raina departed as he fell prey to an unnecessary mix-up.

Gujarat were dealt a double blow in the next over as, Karthik too perished, caught by Corey Anderson off the bowling of Pat Cummins in the first delivery of the very next over.

But some big hitting from Ravindra Jadeja (18) took Gujarat past 200-run mark.

Jadeja launched his attack on Anderson as he smacked the bowler for two consecutive sixes in the final two deliveries of the last over to take Gujarat past the 200-run target.