Australian batsman Michael Hussey smashed a stroke-filled 95 and affected a crucial run out as Chennai Super Kings survived a scare before eking out a 14-run win over Kolkata Knight Riders in a high-scoring Pepsi IPL match, in Chennai, on Sunday.

Left-handed Hussey was in terrific touch as he batted with ease, taking just 59 balls for knock which was studded with 13 boundaries and led the hosts to a formidable 200 for three after being put in to bat.

The Australian along with new opening partner Wriddhiman Saha (39) rattled up 103 in 10 overs and later added 55 for the second wicket with Suresh Raina, who chipped in with a quick-fire 25-ball 44.

The Knight Riders refused to be intimidated by the big target and put up a spirited fight but eventually fell short as the hosts had too many runs to defend. 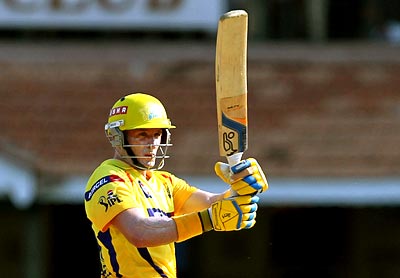 Manvinder Bisla batted brilliantly from one end but his efforts could only reduce the defeat margin. Bisla scored 92 off 61 balls with 14 fours and two sixes as Kolkata managed 186 for four.

Hussey sent back Bisla with a direct hit at crucial juncture as the Indian in company of Eoin Morgan (32 not out) threatened to run away with the match.

Bisla was run out in the penultimate over when his side needed 23 from 10 balls and that had a bearing on the final outcome.

Kolkata began their chase in right earnest, scoring at a good pace with Bisla yet again doing a great job for his side. Chris Morris was singled out for special treatment by Bisla as he hit the paceman for four boundaries in the fifth over.

The visitors though kept losing wickets at regular intervals. Skipper Gautam Gambhir (14) frittered away a good start and comeback-man Brendon McCullum (6) could not make any impact.

Gambhir was bowled by Morris while McCullum dragged one back onto his stumps off Mohit Sharma. Chennai spinners created some good chances and Jacques Kallis got two lives when Raina put him down in the deep off Ashwin and Dhoni missed a stumping off Ravindra Jadeja.

However, the South African could not cash in on and departed after making a 19-run contribution when his scoop off Dwayne Bravo landed in hands of Dirk Nannes.

Even as Bisla and Morgan did their best, they had too big a task at hand.

Earlier, Hussey smashed a quick-fire 95 to help Chennai Super Kings post a formidable total. Hussey continued his rich form and scored his 95 off just 59 balls during which he struck as many as 11 boundaries and two sixes.

Both Hussey and Saha were aggressive from the onset and did not spare a single KKR bowler. Hussey punished Lakshmipathy Balaji for three boundaries to pick up 14 runs off his opening over.

Saha matched his partner stroke-for-stroke as he hit Shami Ahmed for two fours and a six in the next over.

Mystery spinner Sunil Narine and Jacques Kallis also came under duo's wrath as KKR reached 100 in the 10th over. Hussey brought up his fifty from just 31 balls.

KKR finally tasted success in the 11th over when Saha was caught at midwicket by Morgan off Rajat Bhatia (1/31) but not before the diminutive Bengal wicketkeeper had struck four boundaries and two huge sixes during his 23-ball 39-run knock.

The wicket hardly affected Hussey as he continued his onslaught in Suresh Raina's company. Hussey and Raina added quick 55 runs off 34 balls for the second wicket before the former departed.

Hussey was unlucky to have missed out on a century as he fell just five runs short off the three-figure mark, caught at deep midwicket by Debabrata Das off Narine (1/35).

Raina also played a good hand, scoring his 44 off just 25 deliveries before he was run out.

Skipper Mahendra Singh Dhoni chipped in with a useful 18 off 12 balls towards the end to help CSK reach the 200-run mark. 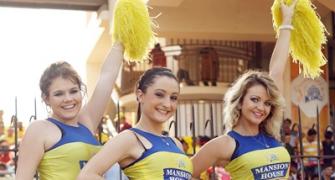 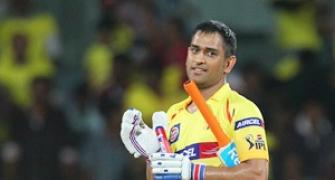 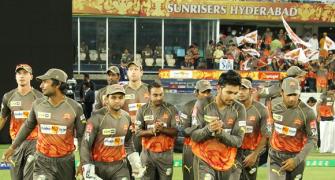 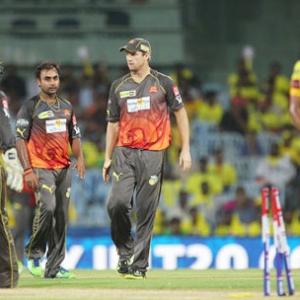 Mishra equals Malinga's record for most wickets in IPL 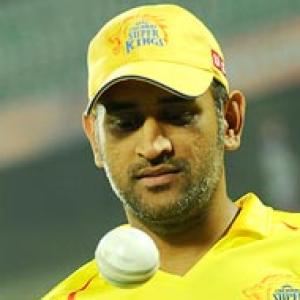