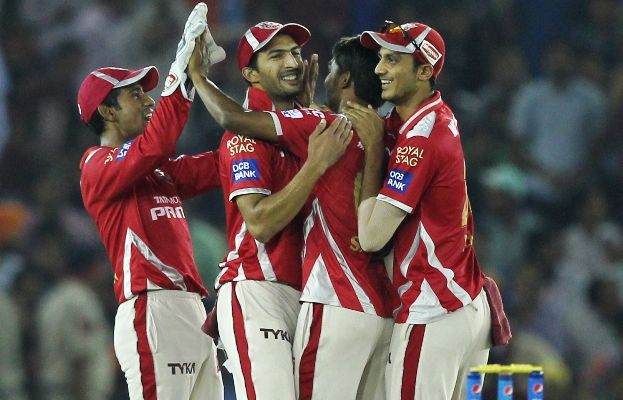 Prior to the game, Punjab were on a seven-match win-less streak, while their opponents on the day had won five of their last six. Besides, the last time these two sides met, Bangalore had handed out a 138-run thumping.

However, Punjab turned the tables with relative ease this time. Despite the loss, Bangalore - with two games left - look well placed to reach the play-offs.

The game, supposed to start at 8 pm, began two hours and 45 minutes late.

Chasing a formidable target the away team were 33 for one by the first three overs of the chase with skipper Virat Kohli (19 off 9) falling to Anureet Singh after dispatching the medium pacer for two fours and a straight six over long-on.

Kohli's fall meant another explosive duo was at the crease with no target too much for Gayle and AB de Villiers. However, the often dreaded partnership did not last long as pacer Sandeep Sharma had Gayle (17 of 14) caught behind off a well-directed short ball, leaving the visitors at 44 for two in 4.4 overs.

More trouble was in store for Royal Challengers when De Villiers (10 off 9) swept straight to the man at short-fine leg, his team still needing 40 off the last 20 balls.

The onus was on Mandeep Singh and Dinesh Karthik to get Royal Challengers over the line but it proved to be too much of a task for them. 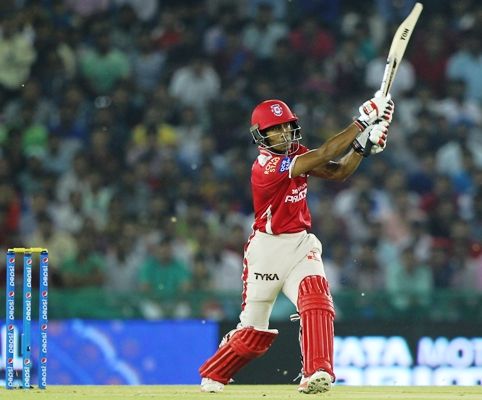 Makeshift opener Saha (31 runs off 12 balls) launched an all-out attack from ball one before quickfire innings from David Miller (14 off 4 balls) and Akshar Patel (20 not out off 15) took Kings XI to a competitive total.

Saha, replacing Murali Vijay at the top, got the hosts off to a cracking start much to the joy of fans who waited hours for the action to begin. Saha, opening alongside Manan Vohra, smashed Mitchell Starc for two fours in the opening over of the innings before hammering another left-arm pacer Sreenath Aravind in an over that went for 20 runs.

At 34 for no loss, Kings XI were off to a flier in a shortened contest. The Bengal batsman was caught at mid on by Mandeep Singh off the first ball bowled by medium pacer David Wiese, but his cameo was enough to give Kings XI a much needed impetus early on. 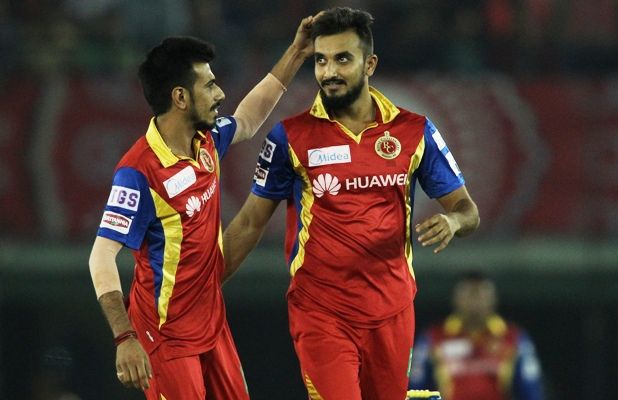 The exhilarating pace of the innings was seen all through out with batsmen getting out regularly after hitting some lusty blows.

Same was the case for David Miller (14), who departed after smacking leggie Yuzvendra Chahal (2-25) for two consecutive sixes down the ground.

The regular loss of wickets in a 10-over innings eventually did not affect the tempo of the innings as Kings XI set up a challenging target.