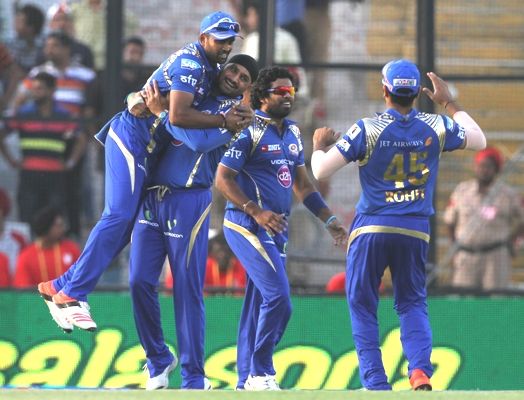 After scoring a healthy 172 for three in 20 overs, Mumbai restricted an out-of-sorts Punjab for 149 for seven in their home ground.

It was Mumbai's fourth win in their last five matches and kept alive their hopes of making the play-offs.

Punjab, having suffered their seventh defeat - in nine games - are now out of contention for a last four berth. 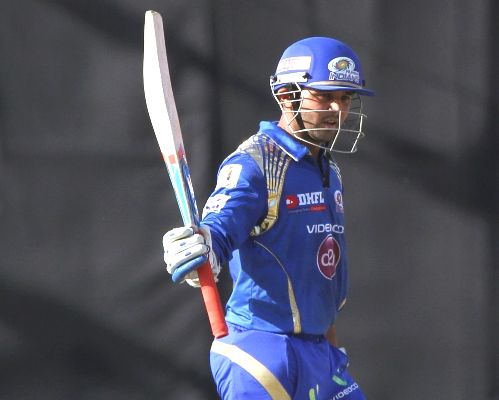 Parthiv Patel of the Mumbai Indians raises his bat after completing his half century. Photograph: BCCI

The Mumbai opening pair added 96 in the first 10 overs.

Parthiv was the more aggressive of the two, hitting five boundaries and three sixes in his 36-ball innings. 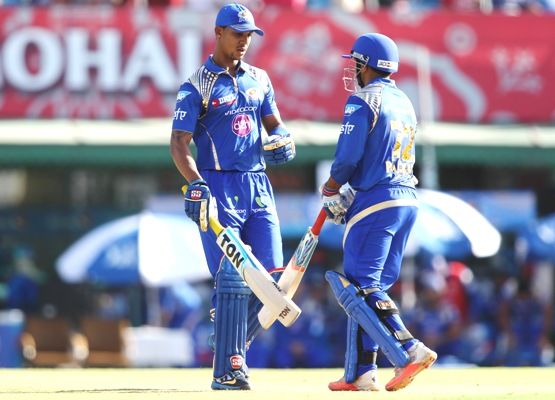 Simmons' 71 came off 56 balls and included nine boundaries and a six.

He fell in the last over when Axar Patel caught him in the deep off Anureet Singh's bowling.

The West Indies batsman, besides the opening wicket stand with Parthiv, also added 43 runs for the second wicket with captain Rohit Sharma (26).

Simmons was named the player of the match for his effort. 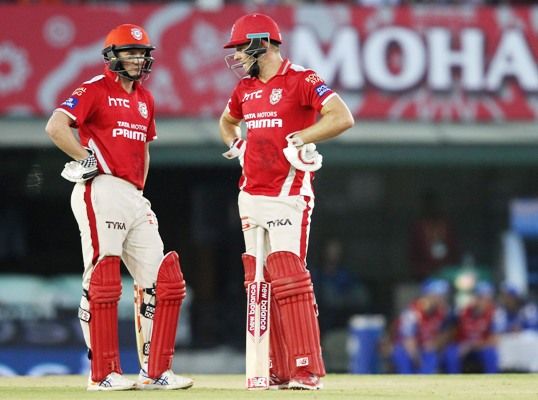 Even though they came back well with the ball to restrict Mumbai, Punjab made a mess of it with the bat.

It was failure of Virender Sehwag (2) and Glenn Maxwell (12) that hurt last year's finalists badly. Skipper George Bailey also looked completely out of sorts during his 18-ball-21 as he struggled to hit the big shots and was eventually run out.

Murali Vijay (39) also tried his bit before being holed out by Unmukt Chand off Harbhajan Singh in the deep.

Once David Miller (43), his 37-ball innings had three fours and a six, was snapped by Rohit Sharma off Malinga in the 17th over, the match was over for the hosts.

Lasith Malinga (2-31) and Harbhajan (1-27) led a disciplined bowling attack and were complemented well by Mitchell McClenaghan (0-25) and R Vinay
Kumar (0-17 in 3 overs) who also kept the Punjab batsman under check.