Kings XI Punjab coach Michael Bevan says the absence of a few world-class players will not affect his team's chances in the fourth edition of the Indian Premier League, as the Chandigarh outfit has solid, young Indian talent to deliver the goods.

Kings XI lost out on several key performers, including dashing Indian middle-order batsman Yuvraj Singh and Sri Lankan Mahela Jayawardene, who played for them in the first three seasons, at the IPL players' auction, held last week in Bangalore.

- How the IPL teams stand after the auction

As if that was not enough, they also lost bidding wars for Australian all-rounder Cameron White, Indian batsman Rohit Sharma and all-rounder Irfan Pathan.

"There are few top players who are not in the side this time. But nevertheless there is so much talent around and we have got good combination of players. I am happy with the selection made during the IPL players' auction," Bevan said.

"We were happy to go with some good, solid young players. I think young Indian talent will deliver the goods for us," he added.

Bevan, who replaced country-mate Tom Moody as Kings XI's chief coach for the fourth season of the cash-awash league, said with former team-mate Adam Gilchrist as captain he is confident of the Punjab team's good show in the tournament, starting April 8.

"Gilchrist will be the captain of Kings XI Punjab for this season. We have brought him specifically for his leadership skills. He is an amazing player and a world-class wicketkeeper. He is going to bring lot more experience into the team.

"He has got the ability to unite players. Adam still has some cricket left in him. He will be great influence to the team," the 40-year-old Belconnen-born former left-hander batsman said.

Kings XI bought former the Australia wicketkeeper, who led Deccan Chargers to the IPL title in its second season in 2009, on the first day of the auction for US $900,000.

Asked about fears related to form and fitness of the ageing Gilchrist, considering he is the second oldest player in the IPL at 39, Bevan said, "Adam is the type of player who can read the game acutely and turn the tide in his team's favour.

"He is getting older, but he is still too good as a player. As an opener, he can tear apart any attack with ease. In Twenty20 cricket you need to strike at 140 or 150 in the opening position and he is the kind of player who can do it," he added.

Bevan had played alongside Gilchrist in Australia's World Cup triumph in 1999 and 2003.

The Australian, speaking about his new assignment as coach of an IPL side, said he is preparing himself for the big challenge ahead.

"Coaching in IPL is one of the challenges I am looking forward. There are going to be uncapped players as well as established stars. All have got different style and to bring them together and managing them, it's going to be a big challenge and I am preparing myself for it," said Bevan.

To strengthen their relatively young side before the mega-event, Kings XI will organise a training camp for Indian domestic players on January 23 in Chandigarh.

"We will organise first camp in Chandigarh on January 23. We will be discussing the responsibilities each player. It's like who will be performing what task, taking into account the capabilities of each player.

"We will be organising more such camps in the near future before the event begins," said Arvinder Singh, who heads operations of Kings XI. 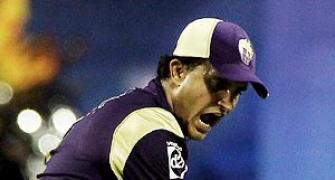