Kieron Pollard's blistering unbeaten 27-ball 66 all but assured Mumbai Indians a play-off berth after the hosts defeated Sunrisers Hyderabad by seven wickets in the Pepsi Indian Premier League match, in Mumbai, on Monday.

Chasing 179 for victory, Pollard snatched victory from the jaws of defeat. The big-hitting West Indian smashed six huge sixes in successive overs bowled by Thisara Perera and Amit Mishra to bring down the equation from 62 required off 24 balls to 13 off 12.

He was at his destructive best as he decisively swung the match in his team's favour after Sachin Tendulkar retired hurt after a 31-ball 38 in the 12th over and Mumbai lost two quick wickets and were starnded at 100 for three in 14 overs.

Pollard forged an unconquered 85-run partnership off just 37 deliveries for the fourth wicket with skipper Rohit Sharma, who scored an unbeaten 15-ball 20, to take his side home with three balls to spare. 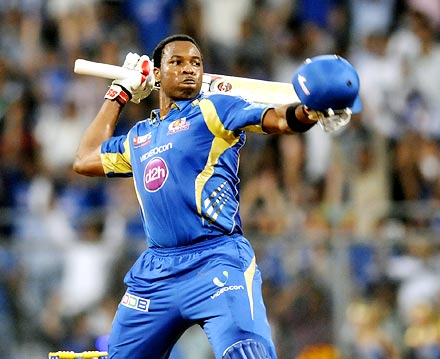 Sharma was reduced to a spectator, as it was Pollard who took the onus on himself and decorated his innings with two fours and eight massive sixes.

Till the 16th over, the script was perfectly going the way Sunrisers wanted it, but Pollard changed the complexion of the game with his power hitting.

He finished the game in style, hitting two sixes off the final over, bowled by Perera.

Mumbai, with 20 points from 14 games, leapfrogged to the top of the points table on a better net run-rate (+0.636), while Sunrisers' campaign suffered a major jolt following their sixth defeat in the tournament, which left them placed fifth, behind Royal Challengers Bangalore with 16 points.

Sunrisers' run-rate is -0.117 at the moment and weakest among the top five teams.

Mumbai's victory means defending champions Kolkata Knight Riders lived to survive another day as they still have an outside chance of making the play-offs. But, for that to happen, they need to win their remaining tournament fixtures by a big margin.

Earlier, Shikhar Dhawan led the way with a stroke-filled half-century as Sunrisers Hyderabad posted a challenging 178 for three in their 20 overs.

Incidentally, this was the highest team total posted by the Hyderabad franchise in this edition.

Sunrisers started off well, wicket-keeper batsman Parthiv Patel scoring a 19-ball 26 and sharing a 38-run partnership with Dhawan for the opening wicket before being caught by Ambati Rayudu off Lasith Malinga at deep square leg.

Dhawan, who had earlier smashed an unbeaten 55-ball 73 against the same opposition on May 1, then found an ably ally in next man-in Hanuma Vihari and both mixed caution with aggression to take the team's toal past 100-run mark.

Dhawan, in the process, brought up his fifty with a drive through covers off Malinga.

Both added 73 runs for the second-wicket stand before Dhawan was caught by Dinesh Kathik behind the stumps off Mitchell Johnson.

White joined hands with Vihari in the middle and continued the onslaught. White survived a chance on 27 when Rayudu spilled his catch off Johnson.

The duo put on a 55-run stand off just 34 balls for the third wicket as Hydearabd looked set for an imposing total.

However, Mumbai kept things tight in the final overs of the Hyderabad innings as Malinga came up with an economical spell, conceding just 12 runs off his two overs and picking the wicket of Vihari, who scored a 37-ball 41.

The Sri Lankan pacer was the pick of the bowlers for Mumbai Indians with two for 26 while Johnson grabbed a wicket while giving away 43 runs. 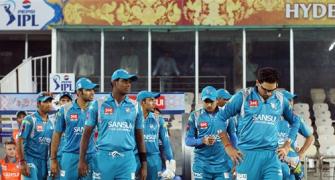 How the IPL teams are placed after 62 matches 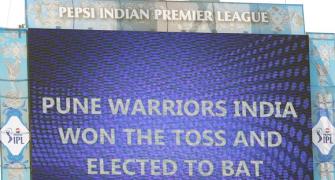 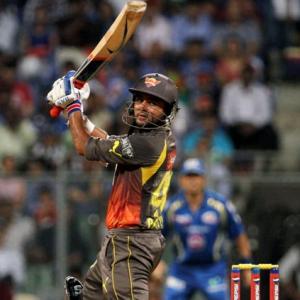 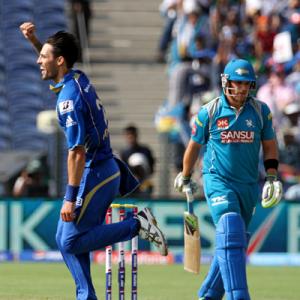