'This wasn't a season we expected for our fans wanted, but we gave it our best. Sometimes, despite giving our best, the results don't show.' 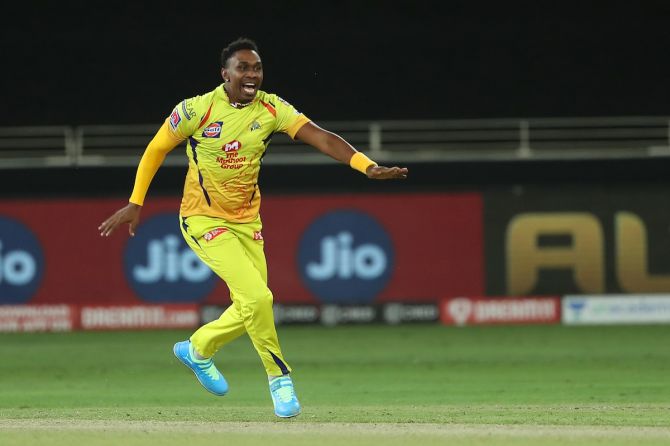 Ruled out of the remainder of Indian Premier League because of a groin injury, Chennai Super Kings all-rounder Dwayne Bravo has implored the beleaguered outfit's fans to keep supporting it in what has turned out to be a forgettable season.

The 37-year-old's pull-out came as a massive blow to the already struggling side which has very slim chances of advancing to the play-offs.

"It's sad news, it's sad to be leaving my team CSK. To all our CSK fans, I want you all to keep encouraging the team, keep supporting, all the true die-hard CSK fans," Bravo said, in a video message uploaded by the franchise on its Twitter handle.

"This wasn't a season we expected for our fans wanted, but we gave it our best. Sometimes, despite giving our best, the results don't show."

Bravo reminded the fans of Chennai Super Kings’s excellent record of winning three IPLs in the past.

"Keep supporting us and I can guarantee you we're going to come back stronger and better like champions. One of the most successful franchises, I feel we should be proud to be members and fans of CSK."

Bravo, an integral part of the CSK team for years now, couldn't bowl the final over against Delhi Capitals in a match in Sharjah on October 17.

The West Indian played six games and scored only seven runs in two innings. However, he got six wickets at an economy rate of 8.57.

Chennai Super Kings’s campaign has already been derailed after seven defeats from 10 games. They are currently at the bottom of the league table.

Ging into the tournament the team was already hamstrung by the absence of senior players Suresh Raina and Harbhajan Singh, both of whom pulled out citing personal reasons.

The poor form of some of the senior players, like skipper Mahendra Singh Dhoni and Kedar Jadhav, also hurt their cause. 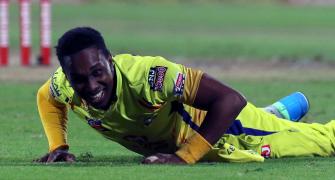 CSK's Dwayne Bravo ruled out of IPL with injury