Chasing 139 for victory after opting to field, Chennai rode on Hussey's knock and Murali Vijay's 50 off as many balls to thump the hosts at the PCA Stadium, and open their account in IPL 6.

The two-time former champions had lost their opening match to Mumbai Indians.

Steady to start with, Hussey upped the ante as the innings progressed, eventually leading his side to a commanding victory with 16 balls to spare. 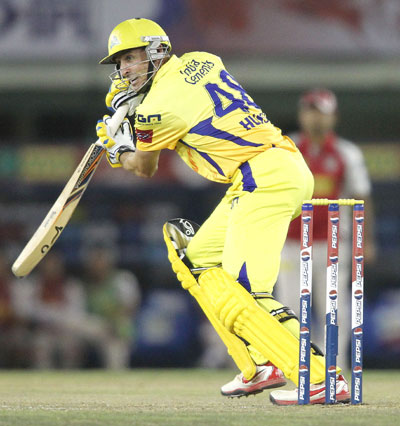 There were a flurry of fours and sixes in the second half of the innings as Chennai raced to the target with ease.

While he was at his best towards the end, Hussey did not miss out on the opportunities to spank the loose balls for runs initially too.

Vijay was not at his fluent best but gave Hussey the support he needed at the other end. Unlike Punjab, Chennai knew they had the depth and experience in their batting, paving the way for the opening combo to milk runs instead of going hammer and tongs.

Punjab had their opportunities to dismiss the Chennai openers but Piyush Chawla dropped Hussey off his own bowling before Adam Gilchrist missed a stumping against Vijay in the eighth over.

Hussey capitalised on the life he got, cutting medium pacer Parvinder Awana for two fours through the point region as Chennai upped the scoring rate.

Sent into bat, Punjab were fairly well placed at 106 for three at the start of 15th over, when top-scorer David Hussey's dismissal for a 36-ball 41 triggered a collapse from which the hosts could never recover.

Some mindless batting by the hosts only made the task easier for Chennai, who showed good discipline on the field.

Punjab relied on Hussey's knock and his 56-run stand for the fourth wicket with Gurkeerat Singh after suffering three early blows.

Mandeep Singh launched Punjab's innings with a boundary off the first ball of the match, punching one fluently through extra cover off Dirk Nannes.

Adam Gilchrist found the fence twice in the next over, an outside edge to the third man boundary followed by a cover drive that was a connoisseur's delight.

But Punjab could not sustain the tempo for long, as Nannes gave Chennai their first breakthrough in the form of Gilchrist in the third over.

Even though he was talking to the TV commentators, Mike Hussey was focussed enough to dive to his left and get hold of Gilchrist's whip off the pads.

Two balls later Nannes struck again, sending back Mandeep who was caught at square leg by an agile Dwayne Bravo at midwicket.

Ravindra Jadeja had Manan Vohra after the batsman helped himself to three boundaries for an 11-ball 16.

There was a 56-run partnership for the fourth wicket between David Hussey and Gurkeerat Singh before the Aussie was snared by off-spinner Ravichandran Ashwin.

Gurkeerat followed after the addition of 10 runs, falling prey to Bravo.

Bravo got three wickets while there two each for Nannes and Chris Morris. 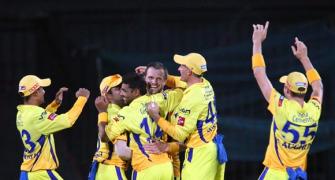 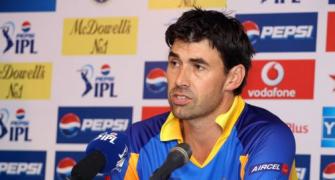 Some dismissals were truly out of character: Fleming 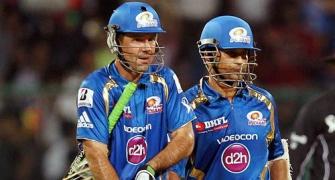 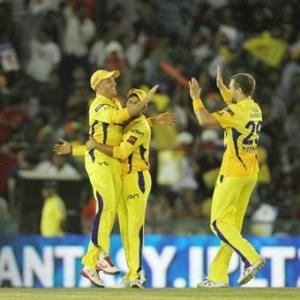 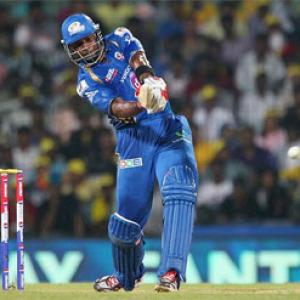