How do cheer girls promote the cause of cricket? Why are players auctioned like "gladiators" in IPL system of cricket?

These were some of the questions members of the Parliamentary Standing Committee on Finance posed to top officials of the Board of Control for Cricket in India, including its president Shashank Manohar, secretary N Srinivasan and IPL Commissioner Chirayu, Amin during a hearing on financial transactions related to the IPL.

While the BCCI top brass claimed that the IPL helps the cause of cricket and attracts more talent, it was at loss to explain the role of cheer girls, sources said.

It is learnt that the BCCI officials put the onus of introducing the concept on sacked IPL chief Lalit Modi.

Some of the members of the Committee, headed by BJP MP Yashwant Sinha, also questioned the concept of auctioning the players like "gladiators". They said it reminded them of the Roman empire when men were sold to bidders on the basis of their physical strength.

Manohar, Srinivasan and Amin were quizzed by the MPs for about two-and-a-half hours about the alleged FEMA violations.

The BCCI was asked about the funding pattern of the highly popular IPL and the methods adopted for payment to foreign and Indian players.

The Committee also sought details of the expenses incurred on the conduct of the second edition of the Twenty20 tournament in South Africa in 2009.

The IPL was held in the African nation in 2009 due to a clash of dates with the general elections in India. 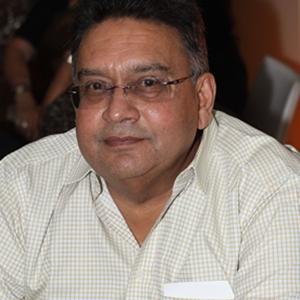