Rayudu emerged one of brightest young stars in the Indian Premier League when he turned out for Mumbai Indians last season. The Sachin Tendulkar-led outfit provided the 25-year-old a chance at redemption after he was banned by the Board of Control for Cricket in India for taking part in the rebel Indian Cricket League.

And Rayudu certainly did not disappoint, scoring 356 in 14 matches at an average of 27.38, with a strike rate of 144.71. He also kept wickets in a few games, helping Mumbai Indians finish runners-up in the tournament. 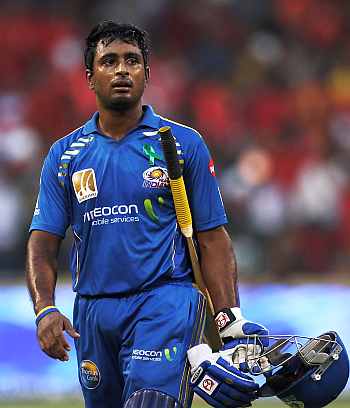 Having provided him timely support, Mumbai are once again favourites to retain the right-hander for the forthcoming season of the IPL.

However, Royal Challengers Bangalore could upset their plans and play spoilsport.

Siddharth Mallya, director of Sports at RCB, it is learnt, wasted no time after the IPL Players' Auction, and made a dash all the way to Baroda on Monday morning to snap up Rayudu.

A source told?Rediff.com?that RCB have made Rayudu their priority and are ready to sign him at any cost, within the money-limit suggested by the IPL for uncapped domestic players.

Mumbai Indians will certainly see this as an attempt to poach one of their own players as they were the ones who provided Rayudu a second lifeline.

It will be interesting to see how the Rayudu battle between two of India's top business tycoons spans out in the next few days. 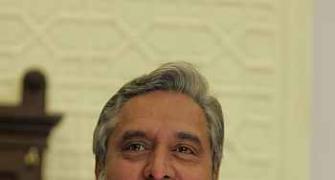