Batsmen could have taken more time to adjust to conditions against KKR, says Uthappa 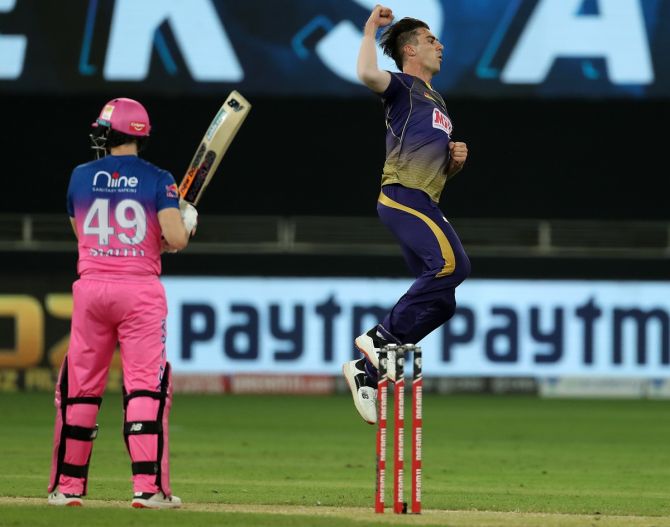 After stumbling to a 37-run loss against Kolkata Knight Riders (KKR), Rajasthan Royals' Robin Uthappa admitted that the batters in the side could have taken more time to adjust to the wicket of Dubai.

While chasing 175, Rajasthan was restricted to 137/9 in the allotted twenty overs. In the end, Tom Curran played an innings of 54 runs from just 36 balls to take Royals' score past the 130-run mark. At one stage, Rajasthan was reduced to 88/8 as KKR bowlers wreaked havoc at the Dubai International Stadium. For KKR, Kamlesh Nagarkoti, Shivam Mavi, and Varun Chakravarthy scalped two wickets each.

Rajasthan played their first two matches in Sharjah where the ground is not that big and the boundaries are really small. The Steve Smith-led side won its first two matches as the batsmen showed great form to register 200 plus scores.

When asked whether the side failed to adjust to the bigger ground at Dubai, Uthappa said: "We have played practice matches on the bigger grounds, I think it's about adjusting to the pace of the wicket as well, I think as we play more games here, we will get a better sense of the wicket. In the match against KKR, we got a sense of how the Dubai wicket plays, it is pretty similar to our practice wickets, I think our performance will only climb from here on."

Few of us thought we were still playing at Sharjah, says Steve Smith 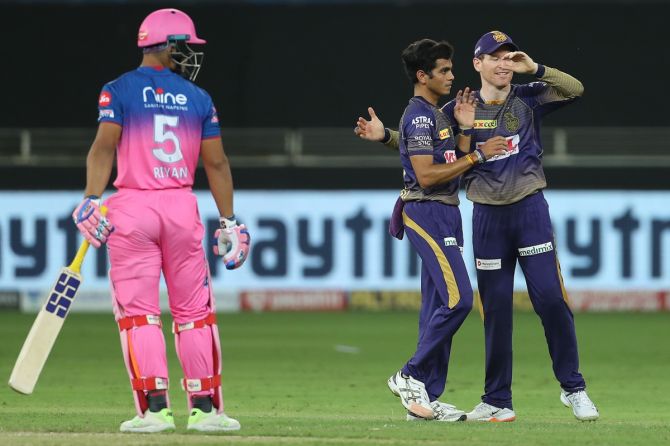 Rajasthan Royals skipper Steve Smith admitted that his side did not adapt to the wicket and stadium dimensions.

Royals' match against Kings XI Punjab took place in Sharjah which has shorter boundaries as compared to Dubai International Cricket Stadium. Smith said few players probably thought that the match was still being played at Sharjah. The right-handed batsman also admitted that they lost early wickets which could also be the reason for their defeat.

"Didn't quite go as per the plan, but that happens in T20 cricket sometimes. I think it could go one way or another (the decision at the toss). We lost too many wickets upfront, a few of us probably thought we're still playing at Sharjah! The far side is very big, we didn't see too many balls go up above that fence there," Smith said during the post-match presentation via host broadcaster Star Sports.

"We probably didn't adapt as well as we could have to the wicket and the dimensions. We'll wait and see about switching the XI around. (Cummins) Wasn't much of a battle! Just spoke to him and he said you normally smack those in the nets," the Royals skipper added.

After being asked to bat first, KKR had made 174 runs on the back of Eoin Morgan's well made 34 from 23 balls. In the final over, Tom Curran gave away 16 runs and enabled KKR to get past the 170 run mark.

Rajasthan Royals will lock horns next with Royal Challengers Bangalore on Saturday. 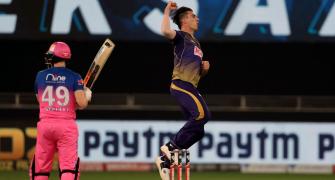 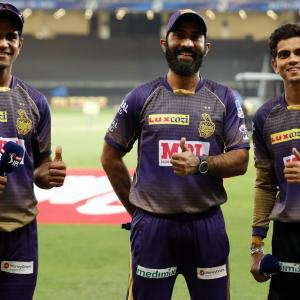