'At least start leading from the front' 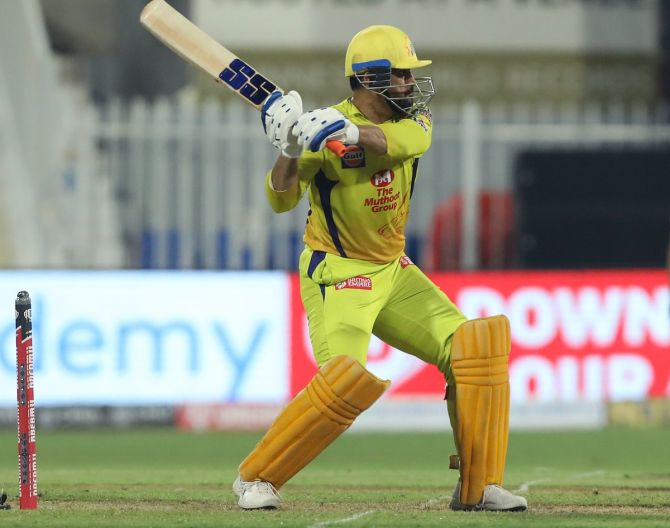 IMAGE: In the final over as CSK needed 38 to win, MS Dhoni was able to smash 20 runs, including three sixes. Photograph: BCCI/IPL

Former India batsman Gautam Gambhir has slammed Chennai Super Kings (CSK) skipper, Mahendra Singh Dhoni, for coming to bat at number seven when the side was chasing 217 against Rajasthan Royals.

His remarks came after CSK's 16-run loss against Rajasthan Royals by 16 runs in the Indian Premier League (IPL). Dhoni came out to bat in the 14th over of the innings with CSK at 114/5. The side still needed 103 runs for the win at that time and many pundits and experts have said that Dhoni should have come in earlier. Sam Curran, Ravindra Jadeja, Ruturaj Gaikwad had come in front of Dhoni to bat against Rajasthan.

"I was a bit surprised, to be honest. MS Dhoni batting at No. 7? And sending Gaikwad before him, Sam Curran before him. Makes no sense to me. In fact, you should be leading from the front. And this is not what you call leading from the front. Batting at number seven when you're chasing what 217? The game was over. Faf (du Plessis) was probably the lone warrior," ESPNCricinfo quoted Gambhir as saying. 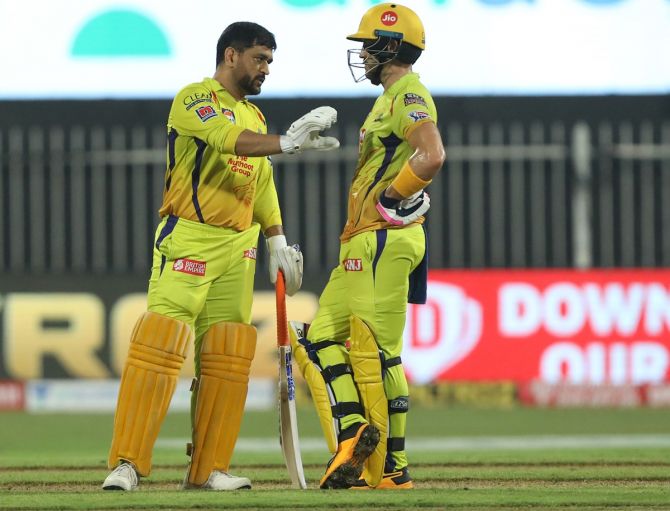 "Yes, you can talk about MS Dhoni's last over when he hit three sixes, but it was of no use, to be honest. It was just all personal runs. See, if someone else would have done this, some other captain had batted number seven, he would have got a lot of flak. It is MS Dhoni - probably why people don't talk about it. When you don't have Suresh Raina, you're making people believe that Sam Curran is better than you. You're making people believe that Ruturaj Gaikwad, Curran, Kedar Jadhav, Faf du Plessis, M Vijay, all these guys, are better than you," he added.

Dhoni found going a little tough initially as he was able to score just nine runs off his first twelve balls, but in the final over as CSK needed 38 to win, Dhoni was able to smash 20 runs, including three sixes.

"There is nothing wrong if you end up getting out early, at least start leading from the front, trying to inspire the team as well. What you did in the last over, probably if you'd done that coming in at No. 4 or 5, alongside Faf, you could have made a game out of it. But probably there was no such intent to make a game out of it," said Gambhir.

"I thought that after the first six overs, they had literally given up on the game. And probably MS was trying to get back into that match rhythm of batting till the end and get some runs under his belt so he can actually play these kind of innings in the coming games. You've got to be in the present, try and win each game possible. I thought there was no intent to win the game and they were never there in the chase. You can talk about Faf's innings, but Faf initially was struggling big time. So I thought it was an absolute miscalculation, probably not the right captaincy as well. This is not how you ask someone like MS to lead the side," he added. On the other hand, Gambhir hailed the 'best young batsman in India' Sanju Samson for his ferocious knock.

Put in to bat, Rajasthan Royals had a worst possible start with opener Yashasvi Jaiswal back in the hut in the third over. However, Samson had other plans as he smashed his fifty off just 19 deliveries. The wicket-keeper batsman whacked CSK's spinners out of the park. His blistering knock of 74 runs off 32 balls was studded with nine glorious sixes. Lungi Ngidi ended Samson's knock in the 12th over.

Gambhir said that Samson is not only the best wicketkeeper batsmen in India but also the best young batsman in India.

"Sanju Samson is not just the best wicketkeeper batsmen in India but the best young batsman in India! Anyone up for debate?," Gambhir tweeted. 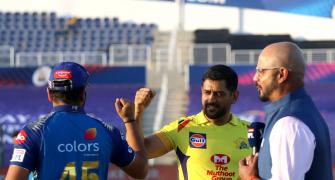 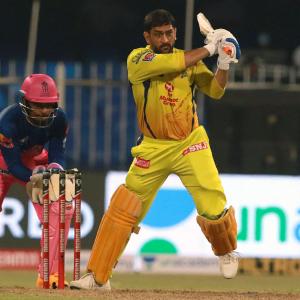 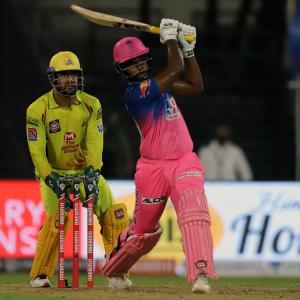