Franchises have to bear rehab costs of injuries

Indian cricketers who sustain injuries during the cash-rich Indian Premier League will now have to depend on their respective franchise to bear the costs of their rehabilitation at the National Cricket Academy (NCA).

This decision was taken at the NCA Committee meeting in Chennai today during which members expressed the opinion that austerity measures needed to be taken in a bid to put an end to the ever-spiralling costs.

"It has been decided that from now on, the respective franchise or the player himself will have to bear the cost of his rehabilitation program at the National Cricket Academy in case the player sustains injury during the Indian Premier League," a BCCI official preferring anonymity told said.

It had been learnt that the BCCI were shelling out a whopping amount in the tune of Rs 5.5 crore in order to pay the salaries of their coaching and administrative staff. From 12-member support staff that was employed till date, the list has been pruned to six.

According to sources, the three coaches who will remain in the BCCI pay rolls are bowling coach Bharath Arun, batting coach Dinesh Nanavati and coaches' instructor Kinjal Suratwala. The three other members of the support staff will be two physios Ashish Kaushik and Nitin Patel along with trainer Sudarshan.

Asked about the six other members of the support staff, the source said, "From now on, they will only be summoned if there is a camp or a tournament. It will be more of a freelance employment which will be assignment-based."

The BCCI's NCA committee also trimmed the proposed budget of Rs 85 lakh to Rs 64 lakh for a National U-16 camp.

Even the proposal to hire five foreign coaches were shot down while former players will be invited from now on to conduct short clinics.

There has also been a proposal to rollback the salaries of the NCA administrative staff. 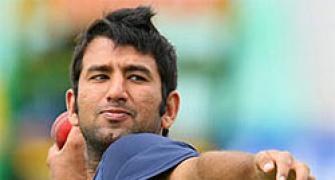 Pujara limps off after injury in nets 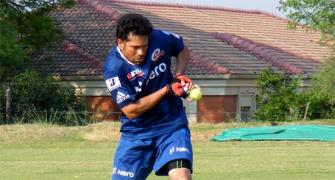 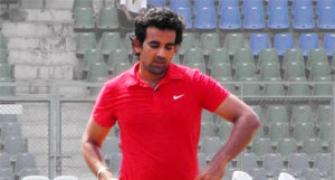 ALL Cong MLAs suspended for a day from Gujarat assembly

Reports of closure of NCA are false: BCCI