- God willing, I will be able to return to cricket. I have no regrets, no complaints: Shantakumaran Sreesanth 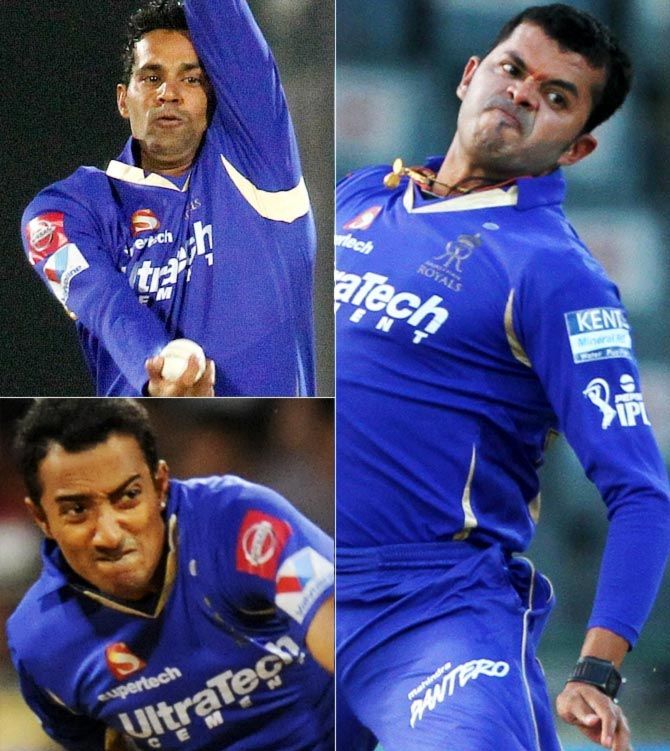 All the 36 accused persons including former India Test cricketer Shantakumaran Sreesanth along with his Rajasthan Royal team mates Ajit Chandila and Ankeet Chavan were cleared of all charges in the Indian Premier League spot-fixing scandal, by a Delhi court, on Saturday.

"All are discharged (from the case)," Additional Sessions Judge Neena Bansal Krishna said while pronouncing the order.

The three cricketers were arrested by the Delhi Police in May 2013 during the sixth edition of the IPL.

The case was put for order on framing of charges against the 36 accused persons who were on bail.

Sreesanth, 32, broke down on hearing the order while the other accused including the players present in the courtroom started hugging each other.

The fast bowler said, at last, justice has been done, adding, "God willing, I will be able to return to cricket. I have no regrets, no complaints."

Special Cell of Delhi Police had named 42 accused in the case in its charge sheet out of whom six are absconding.

The court had earlier issued non-bailable warrants against Dawood and Shakeel, Pakistan-based Javed Chutani, Salman alias Master and Ehteysham, who all are considered to be Dawood's associates.

The police had filed a 6,000-page charge sheet against various accused in the case. It had also filed supplementary charge sheet later on.

The court had granted bail to Sreesanth, Chavan and other accused for lack of evidence against them under the provisions of stringent Maharashtra Control of Organised Crime Act (MCOCA).

The police, in its charge sheet, had claimed that Dawood and Shakeel, who have been "controlling the fixing and betting market" in cricket in India, were behind the spot-fixing scandal.