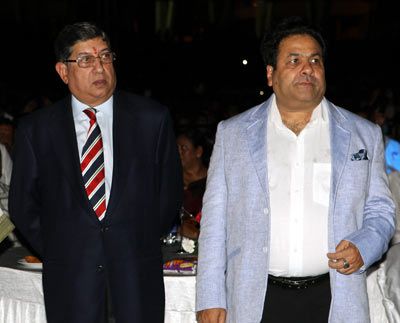 The Board of Control for Cricket in India on Monday approached the Supreme Court challenging Bombay high court's order that held as illegal and unconstitutional the two-member probe panel constituted by it to look into spot-fixing and betting charges in the Indian Premier League as illegal.

The BCCI sought immediate stay of the high court's order while submitting that the panel was constituted according to rules and is legal.

In a severe blow to BCCI and its president-in-exile N Srinivasan, the high court on July 30 that the two member commission was constituted in violation of the rules framed by the BCCI.

"The (probe) Commission was not duly constituted and was contrary to and in violation of the provisions of Rules 2.2 and 3 of Section 6 of the Operational Rules (of BCCI)," the high court had said and also rejected Srinivisan's plea for a stay on its order to enable him move a higher court in appeal.

The high court order came just two days after the panel, comprising two former judges of the Madras high court Justices T Jayarama Chouta and R Balasubramanian, submitted its report on July 28 giving a clean chit to all those against whom the probe was conducted.

The commission was set up by BCCI and IPL Governing Council after surfacing of the betting and fixing scandal.

The high court had said rule 2.2 of the Operational Rules mandated presence of at least one member of the IPL Code of Behaviour Committee on the Commission.

Source: PTI© Copyright 2021 PTI. All rights reserved. Republication or redistribution of PTI content, including by framing or similar means, is expressly prohibited without the prior written consent.
Related News: The Board of Control for Cricket in India, Gurunath Meiyappan, Chennai Super Kings, IPL Governing Council, Raj Kundra
SHARE THIS STORYCOMMENT
Print this article