The growing scale of the IPL spot-fixing scam notwithstanding, Sunday's final of the event would go ahead as per schedule and the embattled Chennai Super Kings would also continue to be a part of the league despite the arrest of its top official on allegations of betting.

The final, between Chennai Super Kings and the Mumbai Indians, will go ahead at the Eden Gardens, a top BCCI source said. 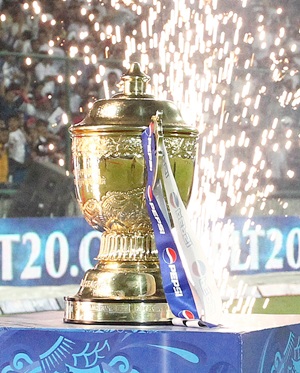 CSK seem to be a team in turmoil after Gurunath Meiyappa, son-in-law of BCCI President N Srinivasan and the CEO of the side, was arrested by the Mumbai Police on Friday.

Asked whether CSK would face termination as per clause 12.3 (c) of the IPL contracts for team, the source said, "so far the allegations have not been proved in the court of law. A person has to be found guilty, right now the Mumbai Police are interrogating him (Gurunath)."

The clause provides for termination if a franchisee, any franchisee group company and/or any owner acts in any way which adversely affects the reputation or standing of the league, the BCCI-IPL or the game of cricket.