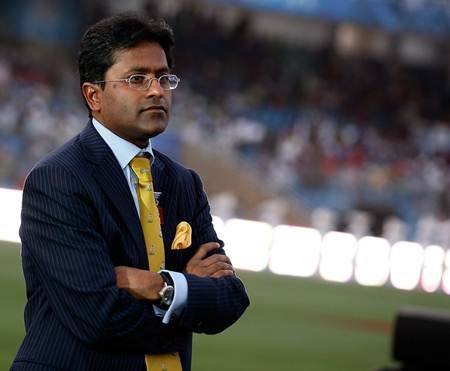 The central agency approached the special Prevention of Money Laundering Act (PMLA) court after Modi, who has made London his home, did not respond to summons.

"We have moved the court seeking issuance of an NBW as he has not responded to the summons sent by us earlier this month," said an ED official.

The Enforcement Directorate had first issued summons to the controversial former cricket administrator through his India-based lawyer. However, his counsel returned the document to the agency, saying he is not authorised to receive it. Later the officials e-mailed the summons to Modi, who left India in 2010.

"We have received no communication from Modi or his lawyer after the summons was issued. Hence, we have moved the Court (for NBW)," the ED official said.

Last week, the court issued letters rogatory (LR) to the Singapore and Mauritius governments in the same case. A letter rogatory is a formal request from a court in one country to a foreign court for judicial assistance in a case.

The Board of Control for Cricket in India had registered an FIR in Chennai in 2010 against Modi and others under various provisions of the IPC, while two years later the ED filed a case under PMLA, in connection with a multi-crore rupees IPL television rights deal.

The deal dates to 2008 when the BCCI awarded the 10-year media rights for broadcasting IPL matches to World Sports Group (WSG) on payment of US $918 million. The same year, WSG also entered into a deal with Multi Screen Media (MSM) to make Sony the official broadcaster of IPL matches. The contract was replaced a year later with a nine-year deal where MSM paid US $1.63 billion.

under the Foreign Exchange Management Act (FEMA) into allegations that a payment of Rs 425 crore was made as facilitation fees by MSM Singapore to WSG Mauritius in an alleged unauthorised manner.

The central anti-money laundering agency detected that payments were made to "unauthorised beneficiaries".

In February this year, the ED slapped a Rs 425-crore show cause notice against the BCCI, IPL, their officials and private multimedia firms for alleged contravention of forex laws in awarding cricketing media rights contract in 2009 (when Modi was IPL chief).

The notices were issued to close to 10 individuals and entities which included former BCCI president Narayanswami Srinivasan, Modi, IPL Chief Operating Officer Sundar Raman, and officials of WSG and MSM for allegedly "manipulating" the contract and making illegal payments.

Image: Lalit Modi at a venue during the 2010 DLF Indian Premier League