With the Delhi high court allowing the Board of Control for Cricket in India to conduct its Special General Meeting (SGM) in Chennai on Wednesday, the decks are cleared for the Board to impose a possible life ban on former IPL chairman Lalit Modi for alleged financial irregularities while being at the helm of the cash-rich league from 2008-2010.

The SGM, which is likely to be chaired by president in-exile N Srinivasan, is convened to discuss the report of the Disciplinary Committee on Modi and decide the quantum of disciplinary punishment. Two-third of the majority will need to vote in favour of a life ban on Modi.

It effectively means that a minimum of 21 votes out of the total 31 units are required to make the former IPL czar persona non-grata in the world's richest cricket board. 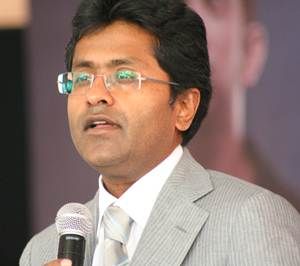 "Save Punjab Cricket Association (PCA), expect no other BCCI units to support Modi tomorrow. Even PCA's case will depend on who attends the SGM -- persident I S Bindra, who is a Modi backer, or secretary M P Pandove, who is not known to possess a hardline stance," a BCCI official said.

While Modi got a stay order from the Patiala house court on Saturday, the Delhi high court gave a favourable verdict to the BCCI on Tuesday, which literally ends any chances Modi harboured of escaping a life ban.

Modi was IPL chairman-cum-commissioner during the first three editions but was suspended immediately after the closing ceremony in 2010, on charges of financial irregularities in running of the league as well as improper practices during auction of two new teams before the third edition.

However by the time Jaitley, who looked after the legal part, and Scindia, who looked into charges of impropriety, submitted an exhaustive 400-page report, Srinivasan had stepped aside from discharging his functions.

A lot of BCCI officials have already started descending in Chennai for the meeting.

It is learnt that all the BCCI members have been invited to be part of three-day pleasure trip to Mahabalipuram by the current BCCI president before they are back in Chennai for the all-important Annual General Meeting of the Board on September 29.

Srinivasan is expected to get a year's extension as president, but there is a Supreme Court hearing on Friday on an Interim Application (IA) filed by the Cricket Association of Bihar secretary Aditya Verma with an appeal to bar the Tamil Nadu strongman from contesting the elections in the AGM.