Chennai Super Kings kept alive their chances of qualifying for the play-offs by eking out a four-wicket win over Rajasthan Royals in a crucial Indian Premier League match in Jaipur.

After restricting Rajasthan to 126 for six, Chennai rode on Albie Morkel and Srikkanth Anirudha's late bursts to romp home with 11 balls to spare.

However, Chennai's run chase were off to a bad start as they lost wickets at regular intervals to totter at 84 for six at one stage.

Chasing a modest total, Chennai were dealt an early blow when Shane Watson went through the defence of a struggling Murali Vijay in the first over.

New man in Suresh Raina (23) played a cameo before he was caught by Ajinkya Rahane off Pankaj Singh.

Mahendra Singh Dhoni's decision to promote Dwayne Bravo up the order failed to yield the desired result after the West Indian was caught at deep square-leg by Stuart Binny off Siddharth Trivedi in the 12th over. 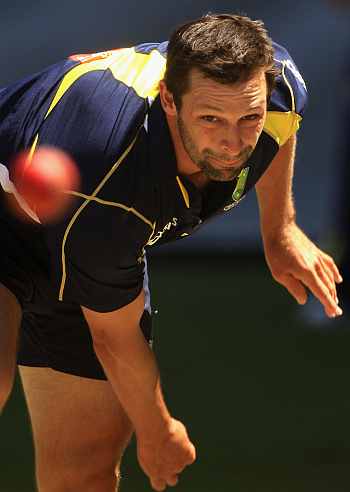 To make matters worse for Chennai, Michael Hussey fell victim of an unnecessary mix up with Dhoni in the next over.

Needing 30 off the last three overs, Morkel and Anirudha scored identical six-ball 18 and stitched undefeated 43 runs for the seventh wicket to guide CSK to the vital win.

Morkel and Anirudha tore apart the Australian duo of Watson and Shaun Tait to notch up the required runs in 18.1 overs.

By virtue of this win, CSK moved up to the fourth position in the standings with 13 points from as many games, while Rajasthan have slipped to the sixth spot with 12 points from 13 games.

Earlier, Chennai produced a disciplined bowling performance to restrict Rajasthan to 126 for six.

Dravid was Hilfenhaus' first victim as he fell in the second over, top-edging one to Hussey at mid-off.

Watson was brilliantly caught by a diving Ravichandran Ashwin at the third-man boundary as the batsman went for a huge heave over square-leg only to get a leading edge.

In-form Rahane (17) too perished soon in search of quick runs, again caught by Ashwin off Yo Mahesh (2/21) as Rajasthan slipped to 43 for three in the ninth over.

Binny tried to force a comeback with a counter-attack and thrashed Dwayne Bravo for two boundaries and a six to pick up 18 runs off his opening over.

But Binny departed in the next over in search one too many, caught by Raina off Mahesh.

Brad Hodge and Johan Botha then added 32 runs for the fifth wicket to give impetus to Rajasthan's innings before the two fell in quick succession.

While Botha was cleaned up by Ravindra Jadeja, Hodge's 28-ball 33-run knock was cut short by Ashwin.

Hodge top-scored for Rajasthan with 33 off 28 balls, while Binny played a vital 18-ball 27-run knock in the middle. 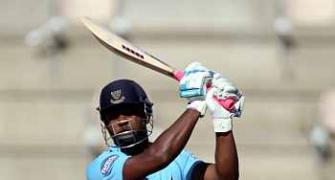 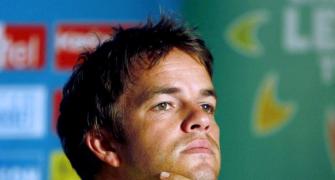 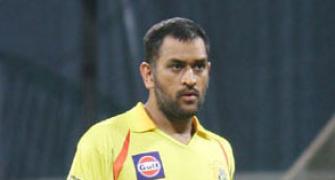 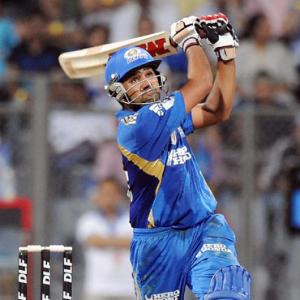 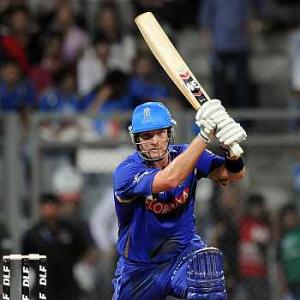