News
Business
Movies
Sports
Cricket
Get Ahead
Money Tips
Shopping
Sign in  |  Create a Rediffmail account
Rediff.com  » Cricket » 'IPL can lift the spirits of the country'

'The need for live sport has never been felt in this way before, and it's vital to bring it back to heighten the morale of the population'

IMAGE: The need for live sport has never been felt in this way before, said Parth Jindal. Photograph:  BCCI

Delhi Capitals chairman Parth Jindal feels the IPL will have a 'huge role in uplifting the spirits' of the country as it battles the COVID-19 pandemic and hoped that live sporting action will be back soon.

The cash-rich league, which was scheduled to start on March 29, stands indefinitely postponed due to the pandemic.

"COVID-19 has put live sport in a difficult spot, especially in terms of fan engagement. The need for live sport has never been felt in this way before, and it's vital to bring it back to heighten the morale of the population," Jindal said during a live chat on Delhi Capitals' official Instagram page on Wednesday.

"Globally, there are countries worse affected than India who are gradually resuming their national leagues like the Premier League in England, and Bundesliga in Germany. Talks have begun on the NBA's comeback in America too. I feel the IPL has a huge role in uplifting the spirits of the country."

There are speculations that the IPL could be held around October-November, the window marked for the T20 World Cup.

"There can be no substitute for live sport. Fans may not have access to stadiums this year, but that will give the franchises and broadcasters an opportunity to innovate their fan engagement even more," he added.

Talking about the 2019 season, when the team reached the playoffs after a long gap, Jindal gave credit to the Ricky Ponting-Sourav Ganguly duo that was at the helm of affairs.

"2019 was about setting standards, and creating a culture. And Ricky and Dada did a wonderful job of it, creating a fantastic team environment, and a unit that gelled well on and off the field.

"The idea was to build this team by maintaining consistency, so instead of frequent chop and change, we decided to back all our players even if they'd had a couple of bad games, and the results were there (for everyone) to see." 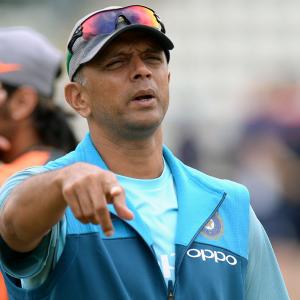