Buttler serves up much needed momentum for Rajasthan Royals

The England wicketkeeper-batsman stroked an unbeaten 94 for the Royals to add to his last four scores of 67, 51, 82 and 95 not out, matching retired Indian great Virender Sehwag's record of five successive IPL half-centuries set in 2012 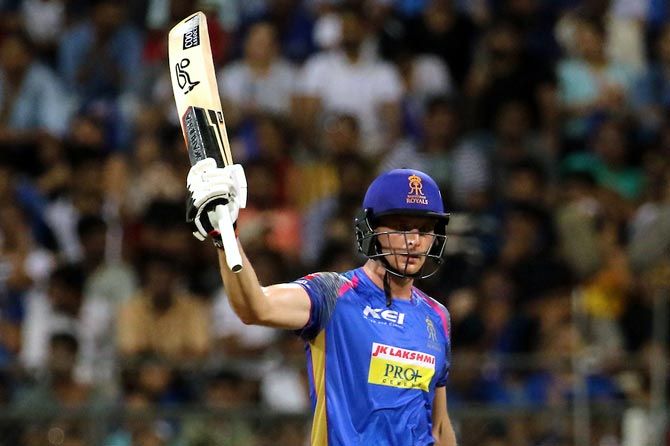 Having secured a hat-trick of wins, Rajasthan Royals will look to carry the winning momentum against Kolkata Knight Riders in their next IPL fixture and inch closer to a play-off berth, said RR seamer Dhawal Kulkarni.

The Ajinkya Rahane-led side will face two-time champions Kolkata Knight Riders at Edens Gardens on Tuesday.

“All the games are crucial for us. Maybe, in the next game we've got a good chance to beat Kolkata Knight Riders. With the momentum that we've got, I'm sure we'll be able to do that,” said Kulkarni after the Royals' victory at the Wankhede Stadium on Sunday.

Rajasthan Royals climbed up to the fifth spot with 12 points in as many games following their third victory on the trot achieved riding on opener Jos Buttler's blistering unbeaten knock of 94 in 53 balls – his second successive, unconquered 90-plus score in the competition.

On the move to promote Buttler to the top of the order, Kulkarni said: “I think it was a collective decision of the captain, (head of cricket) Zubin (Bharucha), (mentor) Shane (Warne) and (batting coach) Amol (Muzumdar). So he's doing well for us and I hope he continues to be in that form for us.”

The England wicketkeeper-batsman stroked an unbeaten 94 for the Royals to add to his last four scores of 67, 51, 82 and 95 not out, matching retired Indian great Virender Sehwag's record of five successive IPL half-centuries set in 2012.

The Royals then put in a solid batting display, led by Buttler, and notched 171-3 in 18 overs to win their third consecutive match and keep their playoff hopes alive.

"I'm really enjoying it, found some good form, it's a do-or-die situation and I'm full of confidence so want to keep it going," Buttler said at his player of the match award ceremony.

"I've spent a lot of time batting in the middle order so if I can bat through the first six overs I can tie the two together."

Buttler, who helped Mumbai win last year's title, admitted that his familiarity with Wankhede Stadium had helped his cause.

"Nice to come back here, I enjoyed my time at Mumbai and it properly helped to know the conditions. I'm in a good head-space and looking forward to the next game." Kulkarni said he was not surprised by the impact made by Archer against MI.

“I feel a bowler who's bowling at 145 (kmph), it's very difficult for a batsman to face that -- especially with the way he bowls, the high arm action that he's got. Wankhede's wicket has got good bounce and good carry.  He's been bowling consistently well. But today it was special," he said.

"The wicket assisted him really well. The way he was getting that bounce! I just wished that he got a hat-trick.”

MI's Australian all rounder Ben Cutting felt the hosts were 20 runs short of a winning total.

“To be honest I'm probably the wrong person to ask -- I faced four balls and I didn't bowl. From what I saw, it is always a little difficult with little bit of dew coming in batting second.

"We were probably 20 runs short with the bat. And that was the difference,” he said when asked about the track on which his side were restricted to 168 for 6.

He said it was a difficult task to stop an in-form batsman like Buttler.

“It's tough. I'm not sure. We were pretty close to our plans tonight. Missed a few balls with execution here and there, but that happens in Twenty20 cricket. He's in red hot form and he's scored, what, 500 runs? His confidence is high and he's striking the ball well. He played very well,” said Cutting.

He also recalled the last-over losses in the opening few games that has come back to hurt Mumbai.

“Had we won two of those four games we wouldn't be having the same conversation. We'd be sitting comfortably on 14-16 points,” he rued. 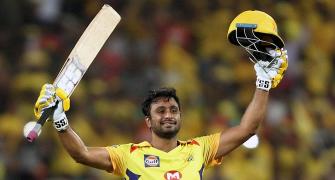 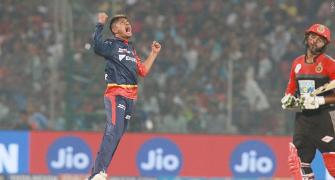 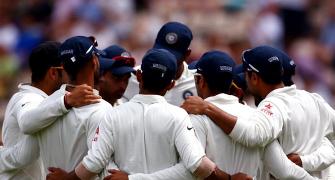 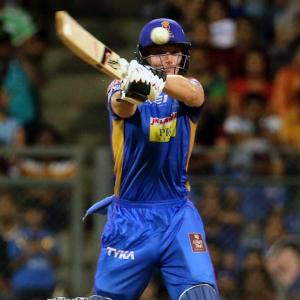 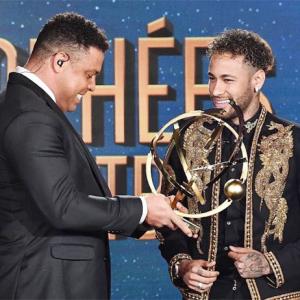