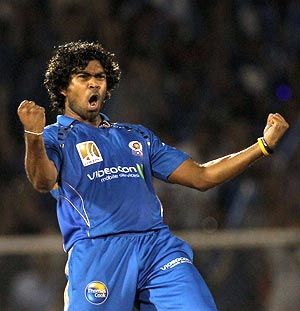 The franchise is expected to bid for Australia's pace sensation Mitchell Johnson in the auction on February 12 using the 'joker card', which will give them the first right of refusal.

The franchise was in a dilemma over retaining Malinga and Australia's pace sensation Mitchell Johnson, who was instrumental in the recent 5-0 whitewash of England, but ultimately decided to opt for the Sri Lankan pacer, who is with them since 2008.

However, they are expected to bid for the left-arm Aussie in the auction on February 12 using the 'joker card', which will give them the first right of refusal.

"They have exemplified the spirit of Mumbai Indians and are match-winners in their own right. With the retention of the core players, Mumbai Indians looks forward to build a stronger, well-knit team and share the joy of an enthralling and entertaining performance with its ever-growing fans in the coming season,” she added.

The most notable absentee from Mumbai’s line-up this year is Sachin Tendulkar, who retired from all forms of cricket last November after the two-Test series against the West Indies.

Chennai Super Kings is the only other franchise which has retained the maximum of five players as per the auction rules.