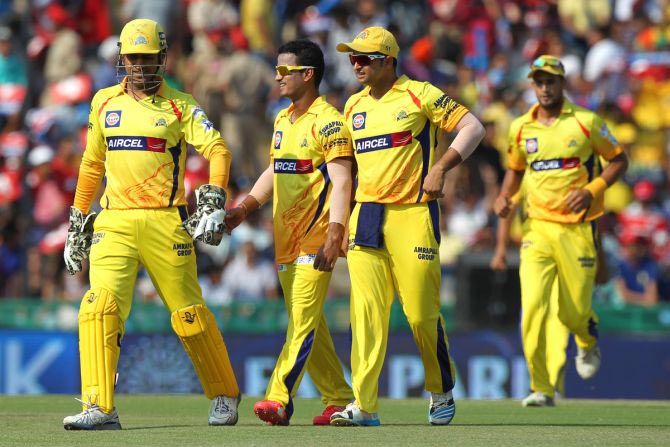 With an eye on the final spot, two-time champions Chennai Super Kings face high-flying Mumbai Indians in their first qualifier in the Indian Premier League at the Wankhede Stadium in Mumbai on Tuesday.

Expect a no-holds-barred encounter between the two former champions as victory will ensure direct passage to the final at the Eden Gardens on May 24.

While the team that loses the match will get a second opportunity to enter the summit clash by taking on the winners of the May 20 Eliminator at Pune between Rajasthan Royals and Royal Challengers Bangalore in the Second Qualifier at Ranchi on May 22. Chennai will be without dashing opener Brendon McCullum but expect nothing less than a high-octane encounter.

Two-time winners Chennai will have to forge a new opening combination in the high-pressure game following the departure of McCullum to play in the Test series against England commencing on May 21.

With his belligerent stroke-play, the New Zealander has been the franchise’s highest scorer this season with a tally of 436 runs followed by West Indian Dwayne Smith (325 runs).

Veteran Australian batsman, Michael Hussey had opened with McCullum at Mohali, without both tasting success, in the Super Kings' one-sided victory. Now the under-played Hussey, with the experience of that six-ball single against his name, is expected to launch Chennai’s innings with West Indian Smith against the potent MI new ball attack of Lasith Malinga and Mitchell McClenaghan.

Malinga and left-armer McClenaghan -- easily the find of the season for MI with his swing, pace and bounce -- have forged a deadly combination, grabbing 19 and 14 wickets respectively.

Luckily for MI, McClenaghan is still available to play as he is part of New Zealand's ODI squad against England.

With Hussey yet to find his feet, pressure would be on Smith, South African Faf du Plessis, Suresh Raina and captain Mahendra Singh Dhoni to give the push against a varied and incisive MI attack in which the experienced Harbhajan Singh and the impressive Jagadeesha Suchith are to bowl the middle overs. 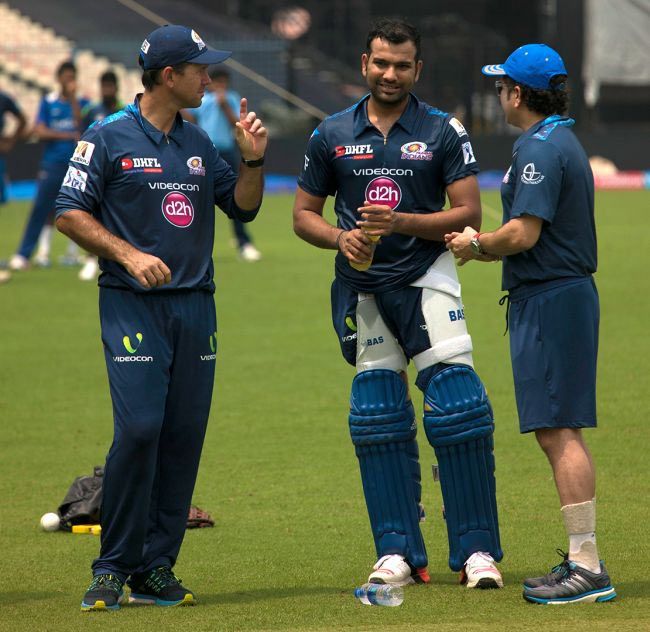 MI's batting, in contrast, has taken on a well-established look and would be difficult to stop once it gets going on a track that generally encourages aggressive stroke-play.

Openers Parthiv Patel and Lendl Simmons, who has notched up an impressive tally of 407 in only 11 out of 14 games, are in excellent nick going into the match.

The duo, thus, appear well-placed to take on the rival new ball formation of left-armer Ashish Nehra, who is the spearhead of Super Kings with 18 wickets, along with Mohit Sharma.

They would be followed by captain Rohit Sharma, big-hitting West Indian Kieron Pollard, the consistent Ambati Rayudu and the ebullient Hardik Pandya.

MI's batting order has a rock-solid look and appears capable of taking on the spin threat from Ravichandran Ashwin, Jadeja and Pawan Negi. 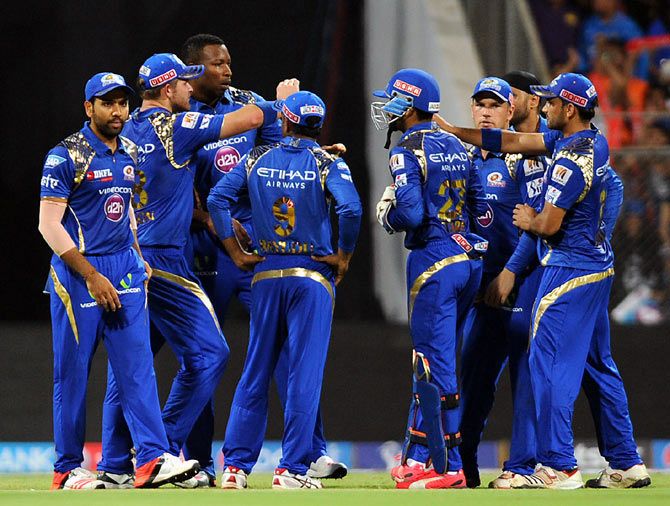 MI also are the better of the two teams in terms of momentum, having won seven out of their last eight games.

Their lone defeat in this superb phase came against Royal Challengers Bangalore's rampant A B de Villiers, but they bounced back quickly to turn the tables on Kolkata Knight Riders and Sunrisers Hyderabad in two must-win games.

Super Kings, on the other hand, have blown hot and cold towards the second part of the league stage, suffering four losses in their last seven outings.

The head-to-head record between the two former champions is 10-10 going into their 21st contest in the league.

This season, while MI lost the home game on April 17 by six wickets, they paid back by the same coin in Super Kings' den (M A Chidambaram Stadium) on May 8.