After putting a stop to their prolonged losing streak, Delhi Daredevils will look to carry forward the momentum when they take on Sunrisers Hyderabad in their Indian Premier League encounter in Visakhapatnam on Saturday.

Delhi's fighting win over Kings XI Punjab was just the kind of boost the side needed after losing close matches to Rajasthan Royals and Chennai Super Kings.

The players -- especially batsmen -- performed to expectation, but ill luck struck. However, now with that monkey off their backs, Delhi will look to continue the good work.

The best thing to have happened to Delhi is Yuvraj Singh's return to form.

Against Punjab, the prolific batsman, along with Mayank Agarwal, played lofty shots and crisp strokes that were reminiscent of his glorious past. When in free flow, the left-hander is still one of the best stroke-makers to watch.

Delhi's strength, like Hyderabad's, is its top-order. So the team that handles the conditions better will come out winners.

Imran Tahir will be the key to Delhi's plan once again. The South African leg-spinner has so far taken eight wickets. 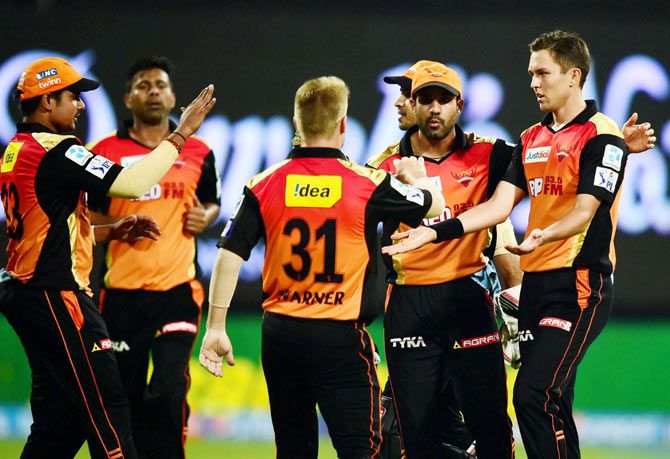 Hyderabad already played a match at the venue on Thursday and lost to a rampaging Rajasthan Royals.

The strip that was used for Thursday’s match was difficult for stroke-making, and it will be interesting to see on which wicket Saturday's match is played.

For Hyderabad, David Miller and Shikhar Dhawan are both in good touch and timing the ball well.

If the wicket is yet again difficult, it will be all about patience; shunning big shots and keeping the scoreboard ticking with singles and twos will be the ideal way to go about building the innings.