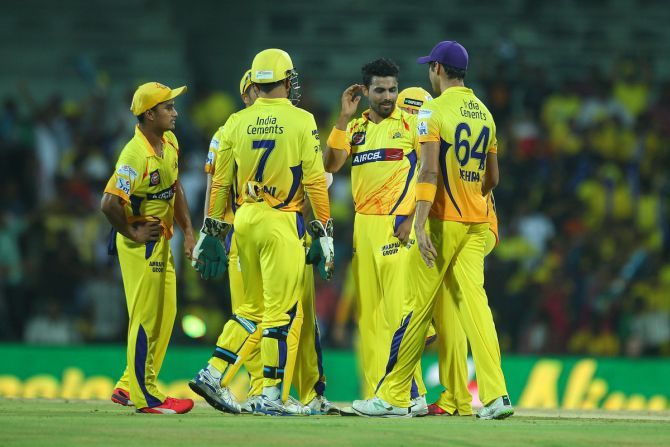 Ravindra Jadeja of Chennai Super Kings celebrates with teammates after picking up a wicket. Photograph: BCCI

Brendon McCullum struck a quickfire fifty before Ravindra Jadeja produced a brilliant spell of 4-11 as Chennai Super avenged its defeat over Rajasthan Royals with a 12-run win to virtually secure its place in the play-offs of the Indian Premier League in Chennai on Sunday.

With this win, Chennai jumped to the top of the table with 16 points from 12 matches, while Rajasthan will continue to occupy the third spot with 14 points from 13 games.

Opting to bat, McCullum smashed a quickfire 81 before Chris Morris (3/19) produced a brilliant display with the ball for Rajasthan Royals to restrict Chennai to a modest 157 for five.

But Chennai rode on Jadeja's fine spin bowling performance and some brilliant ground fielding to restrict Rajasthan to 145 for nine. 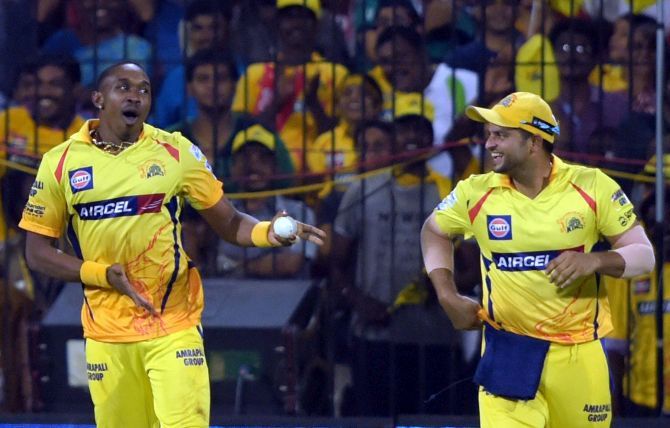 Ajinkya Rahane (23) and Shane Watson (28) shared 37 runs for the opening wicket before the visitors lost the plot.

Rahane top-edged a Mohit Sharma (3/25) short delivery to a running Dwayne Bravo at deep square-leg in the sixth over before an over later skipper Steven Smith was bowled by Jadeja.

The turning point in the match came in the form of Watson's dismissal off Jadedja. Bravo pulled off a brilliant one-handed catch at long-off that was destined to go over the ropes to leave the home crowd into a frenzy at MA Chidambaram stadium. 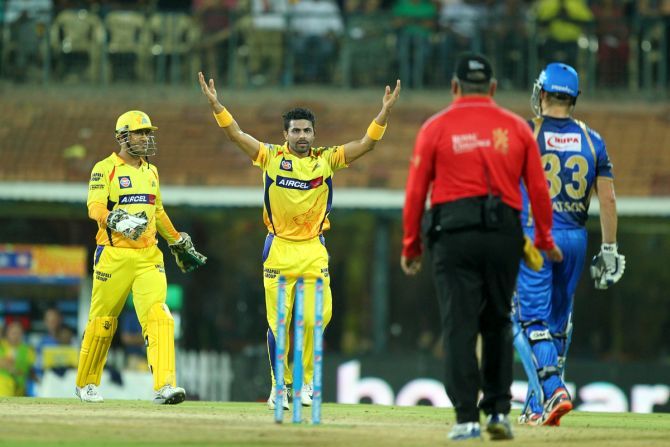 Jadeja picked up his third wicket when he dismissed Karun Nair (10), who looped one straight to Ravichandran Ashwin at short fine-leg in the 12th over.

Jadeja was once again at the thick of things when Deepak Hooda hit a full toss straight to Suresh Raina at long-on in the first delivery off the 15th over.

Samson (26 off 17), James Faulkner (16 off 13) and Chris Morris (16 not out off 10) played good hands but it was not enough to take Rajasthan home as Bravo (2/43) scalped two wickets towards the end to ensure Chennai's win on their last home match. 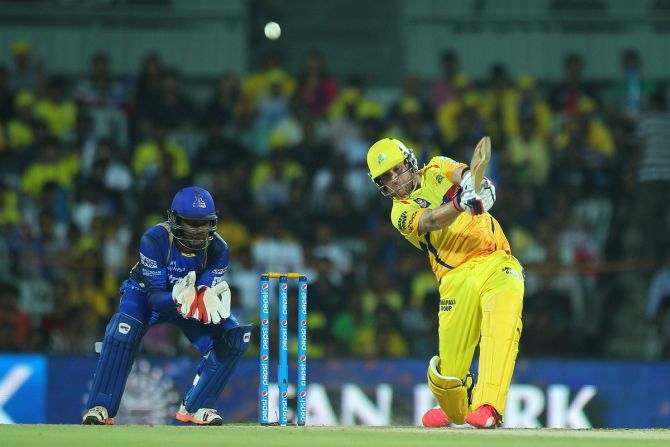 Earlier, opting to bat on familiar conditions, Chennai did not have the best of starts as they lost their first two wickets inside the fourth over with the scoreboard reading just 15.

Dwayne Smith (6) was the first to depart when he was holed out at mid-on by a diving James Faulkner off Ankit Sharma's (1/31) bowling in the third over.

In the next over, the Chennai outfit suffered another blow in the form of Raina, who managed to hit a length delivery off Morris to Faulkner at mid-off.

Thereafter, McCullum and Faf du Plesis (29 off steadied the ship with a 101-run stand for the third-wicket.

Initially McCullum and Du Plesis played cautiously and according to the merit of the ball.

McCullum opened up his arms in the sixth over smashing Pravin Tambe for two huge sixes in his opening over.

After four quite overs, McCulllum again opened up and struck two consecutive fours in Faulkner's second over. 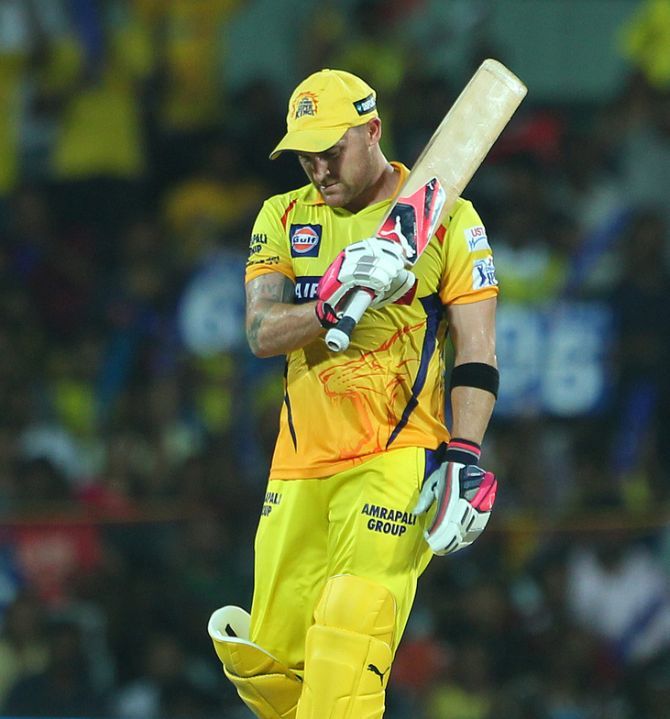 McCullum continued in his aggressive vein and clobbered Rajat Bhatia for a four and six in the 14th over to take Chennai forward.

Du Plesis, on the other hand, played the second fiddle before he was run out by Watson in the 17th over.

McCullum followed suit in the next over but not before scoring a well-deserved fifty. McCullum was caught by Sharma at long-leg off Morris in the 18th over as the Kiwi went for a big heave.

McCullum scored his runs off just 61 balls with the help of seven fours and fours sixes.

Chennai were dealt another blow in the next ball when Pawan Negi (13 off 7) was holed at covers by Steven Smith.

Thereafter, skipper Mahendra Singh Dhoni (13 not out) and Dwayne Bravo (15 not out) stitched a 28-run partnership for the sixth-wicket to help Chennai go past the 150-run mark.