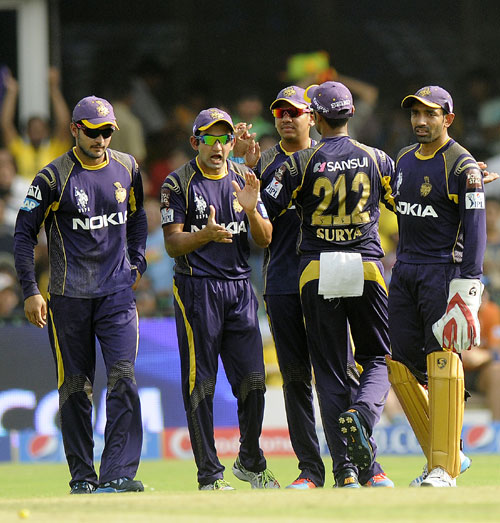 Reeling under four successive defeats, Kolkata Knight Riders will be looking to revive their fading fortunes when they lock horns with another struggling outfit, Delhi Daredevils in their Indian Premier League match at the Ferozshah Kotla on Wednesday..

The Knight Riders are having a tough run in the tournament, having suffered four back-to-back defeats. Their biggest concern is the floundering batting line-up, which has failed to find consistency even in the Indian leg.

Skipper Gautam Gambhir may have found his way out of the initial slump -- three consecutive ducks at the start of the tournament -- but hasn't done enough to lead by example.

Gambhir's 54 went in vain on Monday, when a collapse saw hapless KKR losing six wickets for just two runs to slump to 123 for six from 121 for no loss against Rajasthan Royals at Motera.

Kolkata are with just two wins in seven games 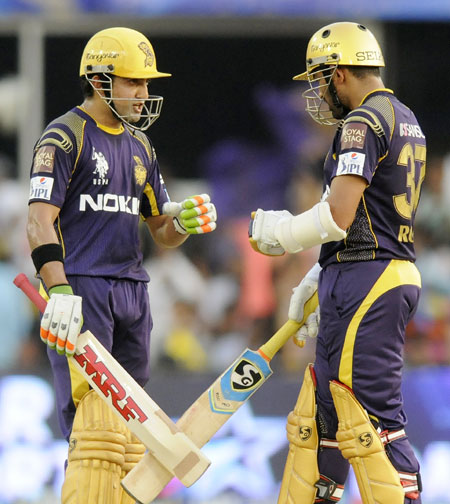 South African veteran Jacques Kallis has been the only batsman to be among runs but his strike-rate has been more of a burden than a boon for the Knights, and that had forced the veteran to opt out of the last match.

As far as their bowling is concerned, Knight Riders have been relying too heavily on West Indian off-spinner Sunil Narine, who has taken 11 wickets in seven games.

It will be interesting to see how KKR's three wise men -- coach Trevor Bayliss, bowling consultant Wasim Akram and motivational guru Mike Horn -- prepare the team for the battle ahead.

With just two wins in seven games, the Shah Rukh Khan-owned team is lying at the fifth spot and desperately need a win to inject some life into their campaign. 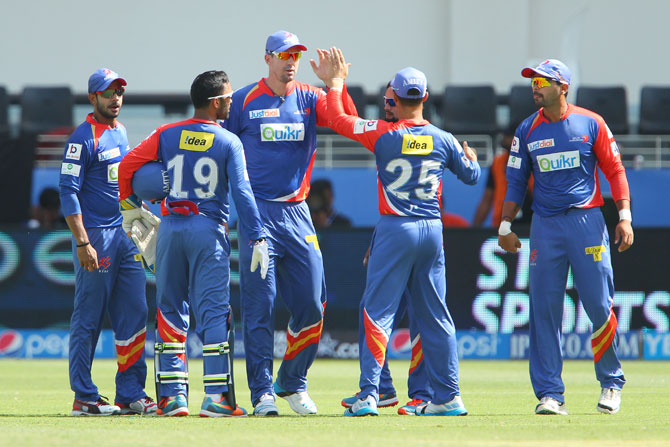 With problems aplenty, the Delhi unit is still banking on home games -- against Knight Riders, Sunrisers Hyderabad and Kings XI Punjab -- for a turnaround in fortunes.

Delhi did well to post 178 against the Super Kings, despite Pietersen getting out for a naught, but their bowlers led by Mohammad Shami failed to defend the competitive total with Dwayne Smith playing a match-winning knock of 79.

The match signified lack of self belief on the part of the Delhi players who just looked like following the script that Chennai wrote.

Daredevils also have a psychological edge 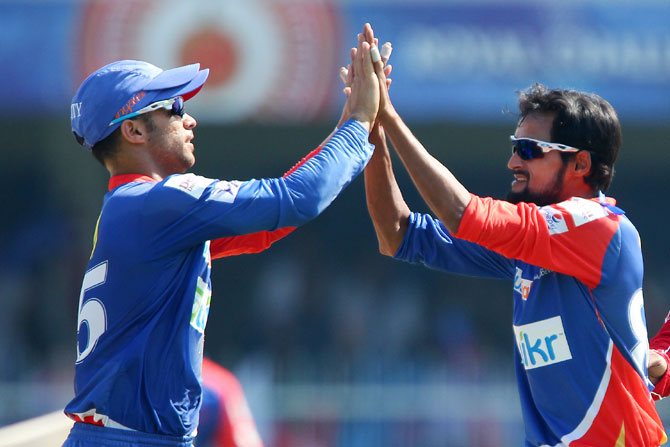 While their batting has been inconsistent, the bowling has been patchy and coach Gary Kirsten has failed to chalk out a winning formula. Come tomorrow, Delhi are not only looking for some KP magic to come to their rescue but also a little more effort from Shami, South African left-arm pacer Wayne Parnell and left-arm spinner Shahbaz Nadeem.

The Daredevils not only have the home advantage against Gambhir and Co. but they also have a psychological edge, having beaten KKR in their last outing in Dubai on April 19.

The one positive that will certainly come out of tomorrow's game is that one of the two struggling teams will taste success, while a loss for either of the side will be a bitter pill to swallow.